Amtrak from Moline to Chicago: A decade of promises and still no train

We take a unique look back at the last ten years, what's been said and what still has to happen now. 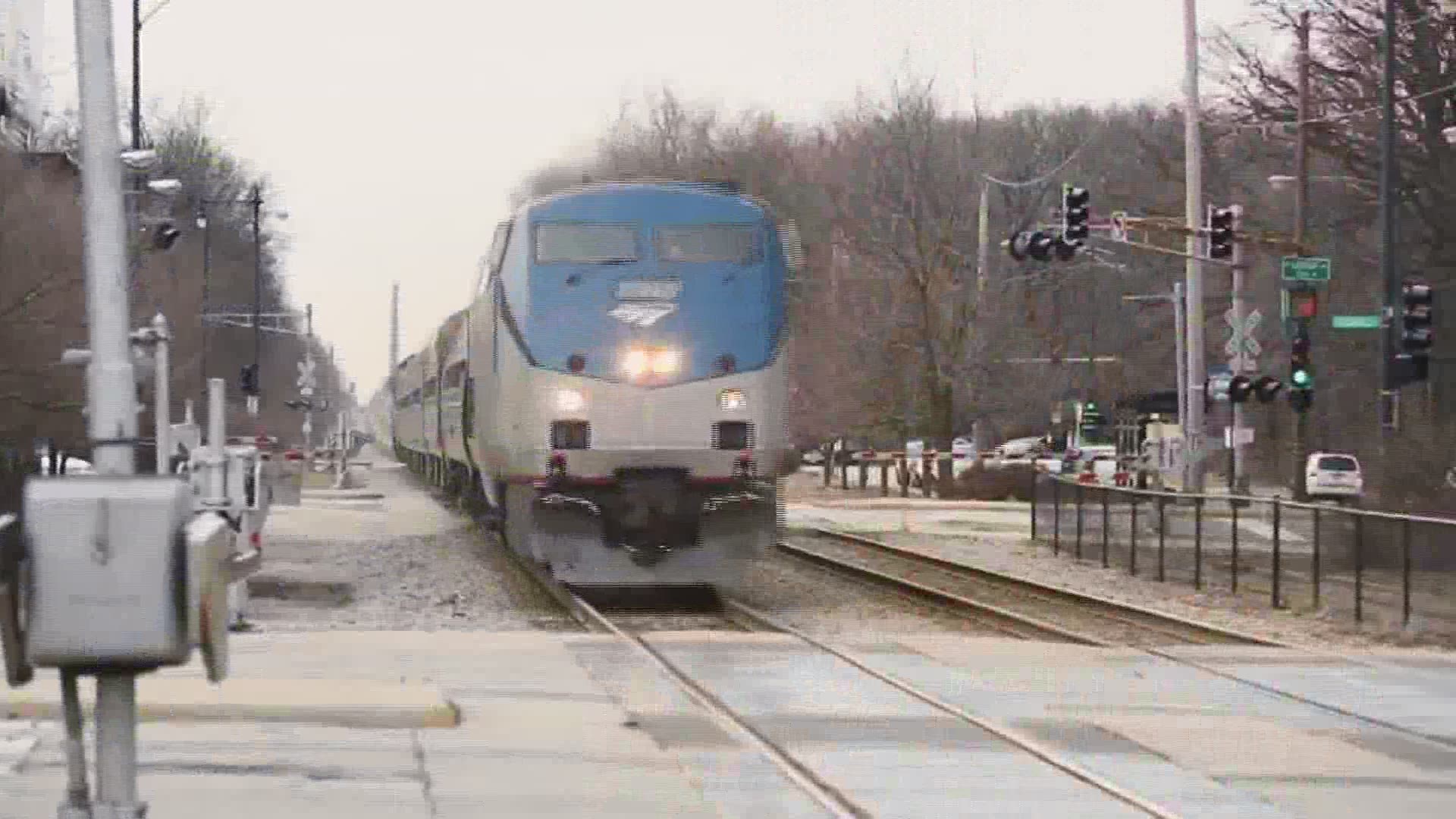 MOLINE, Ill. — December 12th, 2011, then U.S. Transportation Secretary Ray LaHood designated $177 million for a twice daily Amtrak service between Moline and Chicago. It's a project that at that time was five years in the making.

"Money is now flowing between the federal government's grant and the state of Illinois, so that we can start spending the money that had been awarded last October," Quad Cities Chamber's Paul Rumler said to former WQAD News 8 reporter Rebecca Smith 10 years ago about the hopes the community had for the project.

"It's really going to help stimulate growth in the Quad Cities, not only in Downtown Moline, but also near the station. The station will be a multi-modal facility right across from the iWireless Center." he continued.

At that time, and if all went as planned, service for it would begin in the fall of 2014.

Tuesday, January 19th, 2021 Rumler said, "The completion of the passenger rail line from Chicago to the Quad Cities remains a top priority for the Chamber. With federal funding extended through 2024, and a $225 million capital appropriation from the state of Illinois, the final hurdle of this decades-long venture is an agreement between the Illinois Department of Transportation (IDOT) and the Iowa Interstate Railroad (IIRR)."

Since 2014, Moline's built the station. It's attached to the Element Moline downtown. There's also a passenger bridge that goes over the train tracks, connecting it to Center Station, but there is still no train.

"I think anyone who tries to give anyone a date is going to be wrong no matter what," Illinois State House Representative Mike Halpin said Thursday, April 1st of this year.

Halpin said the federal, state, and local parties are all on board. Now it's time for the Iowa Interstate Railroad to come on board as well. They own the tracks from Bureau County, Illinois to Moline, they'd have to upgrade them to make them ready for passenger trains. The distance between the spot in Bureau County, Illinois and the train station in Moline's about 55 miles.

"I don't know that it's good for a legislator that's not familiar with the contracting process with IDOT and the railroad to get involved in that situation," Halpin said of the negotiations between IDOT and the Iowa Interstate Railroad. "Frankly, I don't know if that's my role. I think my role is to be an advocate for the money, an advocate and cheerleader in the community for the project and then let the department deal with these specific issues."

Illinois Deputy Transportation Secretary and former Chairman of the Rock Island County Democrats Doug House said the discussions between the state and the Iowa Interstate Railroad are ongoing.

"When you don't hear about them, it's important that you know that in the absence of hearing anything doesn't mean that nothing's going on," House said Friday, April 23rd of this year. "There's a great deal of work going on behind the scenes, and these discussions are continuing and being fruitful."

House says talking about specifics like a timeline on when the project will be complete won't further the discussions with the Iowa Interstate Railroad.