Glynn County Sheriff Neal Jump says the hearing is open to the public, but capacity will be limited due to social distancing guidelines. 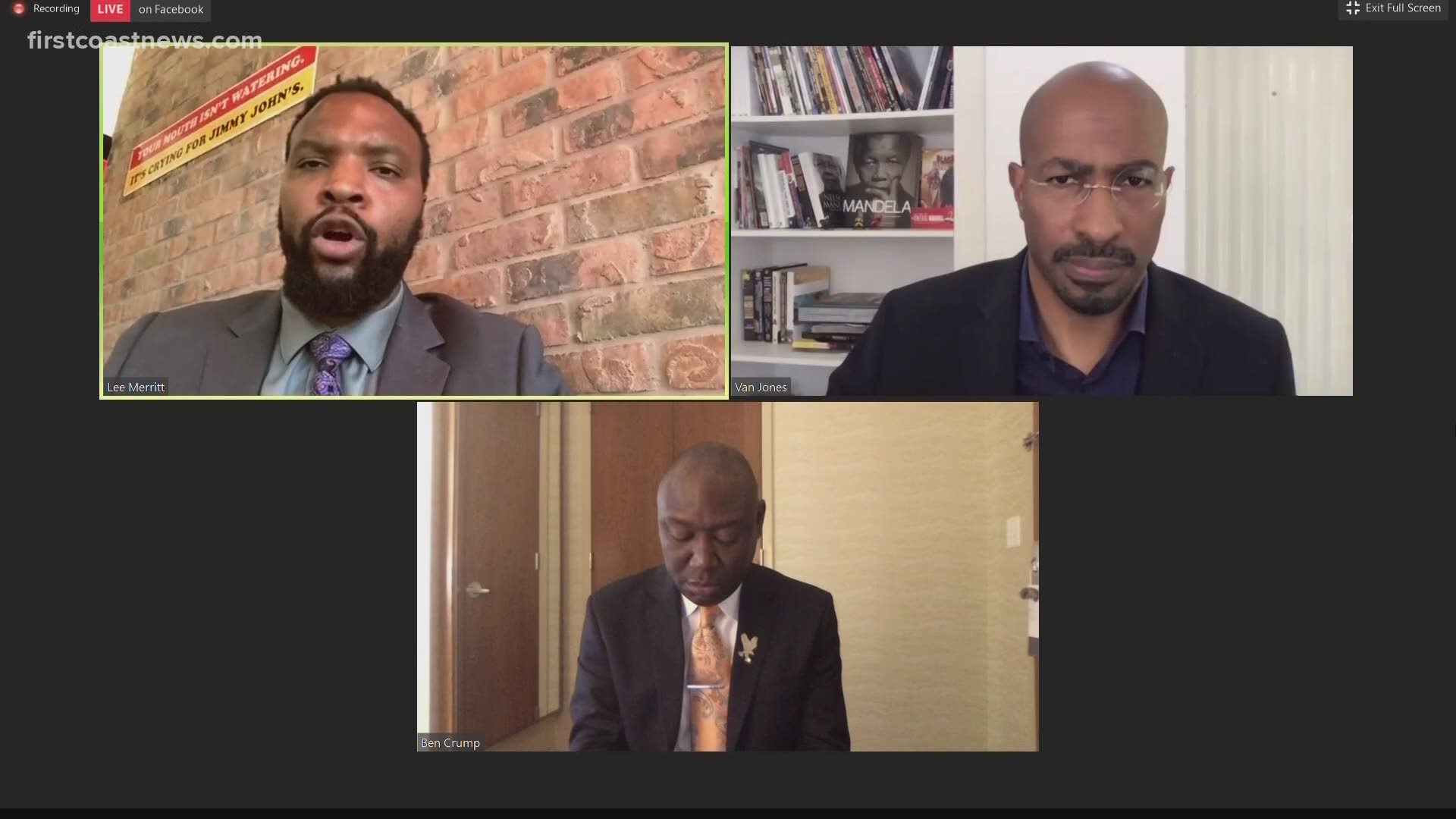 Attorneys for Ahmaud Arbery’s family are confident that prosecutors can establish enough probable cause to keep the three men charged with Arbery’s death in jail.

Lee Merritt says he will be joining Ahmaud Arbery’s parents for Thursday’s hearing. He is confident the three men charged in the 25-year-old’s death will stay in jail until a potential trial.

“But after speaking with the DA’s office, they sat down with this family, Wanda Cooper and Marcus Arbery, and reassured them they are confident they will not get a bond,” Merritt said in a news conference Tuesday.

Merritt says they are confident in Cobb County DA Joyette Holmes, the special prosecutor assigned to the case.

Holmes and the defense attorneys for the accused will present arguments over the probable cause to charge Greg McMichael, Travis McMichael and William “Roddy” Bryan in the case.

We reached out to attorneys for all three defendants.

Bryan’s attorney Kevin Gough tells First Coast News he is unsure if witnesses may be called to testify for either side.

Merritt says he is concerned that the justice system granted the request for this hearing to be set in the first place.

“Few but exceptional cases have bond hearings, but for whatever reason, the magistrate courts in Glynn County have decided to grant those men a bond hearing,” Merritt said.

The clerk of magistrate court tells First Coast nNws a bond will not be set during this hearing.

Glynn County Sheriff Neal Jump says the hearing is open to the public, but capacity will be limited due to social distancing guidelines.

John Perry, president of the Brunswick chapter of the NAACP expects protests throughout the day but asks they remain peaceful.

Perry says they will lead a protest at 5:45 p.m. outside the Glynn County courthouse to call for reform in the local justice system.

RELATED: About 3,000 protesters chant 'No justice, no peace' in march through Jacksonville's San Marco area