Couple struggling after hospital sues over medical debt: "I wish you'd have let me die"

The couple was uninsured, and owed the hospital over $30,000. 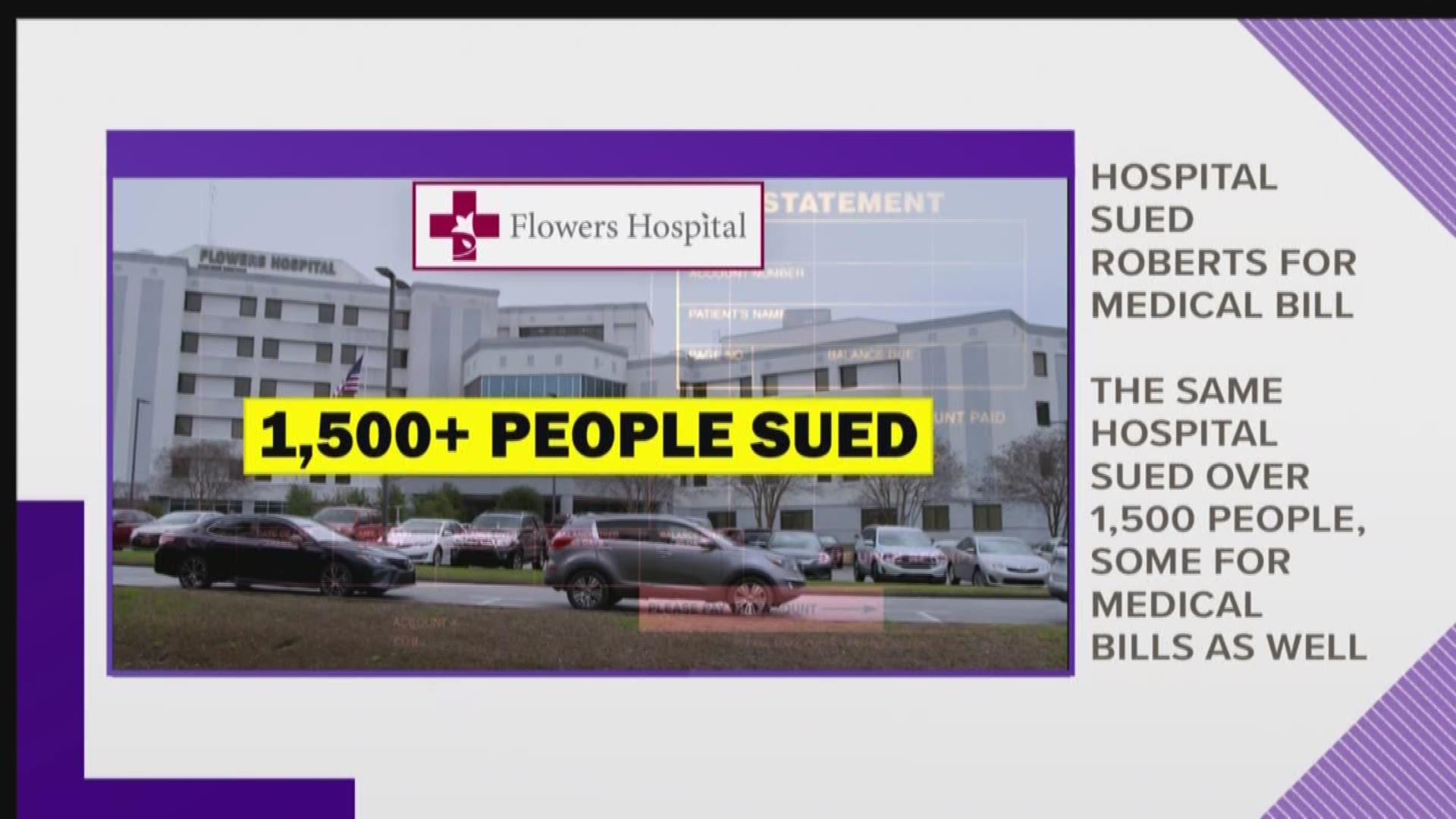 An Alabama woman said she wished her husband had let her die after the hospital where she received an emergency appendectomy sued the couple over a bill for more than $30,000. KC Roberts and her husband Daryl said they paid what they could each month toward the bill for three years, but in September, they were sued for the full amount, plus interest, a total of almost $37,000.

"I told my husband, 'I wish you'd have let me die,'" KC said to CBS News Consumer and Investigative Correspondent Anna Werner. "I've said, 'Honey, I love you and I love my family, but if you had let me go, today you would not be going through this.'"

The couple owns a struggling T-shirt screen printing company outside Dothan, Alabama, and said in 2015 they could no longer afford health insurance.

"Businesses are closing. People are not making money like they used to be," KC said.

She said the couple had to choose between paying insurance premiums or taking their son out of college. "I wanted my son to have a better life than I had," KC said. "So what do you do as a parent? You sacrifice."

She said she'd been healthy, but in May of 2016, she had an attack of severe abdominal pain.

Her husband rushed her to local Flowers Hospital. "The doctor told me, 'She needs to have this surgery now,'" Daryl said.

KC's appendix was about to burst. She needed an emergency appendectomy.

A few weeks later, the Roberts got the doctors' bills, which came to a little under $3,000. But then, the hospital's bill arrived, and it was more than $52,000. Even with a discount for uninsured patients like KC, the total came to about $31,000.

But she and her husband still paid the hospital what they could: $25 a month for nearly three years.

"Long as I can work, and they will accept payments, we're going to pay 'cause everything that we've ever had in life, we've paid for," Daryl said.

Then, in September 2019, the hospital sued them for nearly $37,000, the entire balance plus interest.

What KC didn't know was that the original $31,000 bill was likely much higher than what she would have paid if she'd had insurance and some $25,000 more than what Medicare would be charged by a hospital, on average, for an appendectomy: roughly $5,800.

"Seems like they're taking advantage of people who don't have insurance, and I say you oughta be ashamed of yourself. Why would you even do that?" KC said.

The Roberts aren't the only ones Flowers Hospital has sued. CBS News found last year that the for-profit hospital sued more than 1,500 people. It's not clear whether all the lawsuits were over medical bills, but in one letter to the court, a mother of three wrote that with her $11 an hour paycheck, she couldn't afford an over $11,000 bill for emergency treatment.

"I think it's despicable," said attorney Kristy Kirkland, who works on these kinds of cases at the non-profit Legal Services of Alabama. "They're going to be paying it forever, or at least for a very, very long time. This is not a debt that they're going to be able to get out from under very quickly."

In court, Kirkland said usually the best she can do is get their payments stretched out over decades, what the attorneys call the "slow bleed."

"Some of these people will be paying $5 or $10 on their debt until the day they die," she said.

The hospital declined to do an on-camera interview with CBS News. In a statement, they said they try to work with patients but "some individuals refuse to engage with us to resolve their balances. Litigation is always a last resort," and used only, they said, for patients who can afford "some level of payment."

KC said she contacted the hospital three times and never got a response.

Meanwhile, she now has a large painful lump growing on her shoulder. "I have not been to the doctor. I can't afford it," she said.

"Do you think people like yourselves should be having to make those choices?" Werner asked her.

"Shouldn't be that choice, but unfortunately that's the world we live in," she said.

In its statement, Flowers Hospital also said it offers interest-free payment plans for some patients and looks to see if they're eligible for Charity Care or Medicaid.

The Roberts faced a default judgment, or court order to pay the bill, in January. They have since contacted Legal Services of Alabama, and attorneys were able to get the judgment overturned. That doesn't solve their problem, but it may give them a chance to try to negotiate.

Flowers Hospital offers resources to help patients understand their financial responsibilities and their options for payment. Financial counselors are available before, during and after services are provided to review what is and is not covered by the patient's health insurance plan and outline payment options for the balance. For those who have no insurance, our counselors work to identify whether the patient qualifies for charity care or other program such as Medicaid. Once a bill is mailed, if no payment is received, we make numerous attempts to contact patients about the balance to establish an interestfree payment plan workable for their circumstances.

It is our strong preference to work directly with patients. Unfortunately, some individuals refuse to engage with us to resolve their balances. Litigation is always a last resort and is only pursued after we determine the patient has the financial ability to make some level of payment based on employment status and credit record.

How to watch your medical credit score:

Like any debt, unpaid medical bills can impact your credit rating.

The good news consumers have more protections when it comes to medical debt.

According to AARP, the 2 biggest factors is the waiting period and medical debt removal.

Credit bureaus must wait 180 days before listing medical debt on your credit report, which gives you time to settle bills. Once the medical debt is paid off, it's expunged off your report.

But medical debt is still debt, meaning it can hurt you. So, what can you do?

First, always try to make a deal. Either with your medical provider, collection agency, or the hospital. Try to negotiate a lower price, or at the very least, negotiate a payment plan.

Don't pay your medical bills by borrowing other money. Medical debt generally does not carry late fees and requires low or no interest payments, so you're better off paying the medical bills directly, rather than paying it back through a credit card with high interest and stiffer penalties for missing payments.

Worry about other debt first. Medical debt is treated more leniently in credit scoring, meaning you should pay your mortgage or car payments first, missing those payments can hurt your credit rating more.