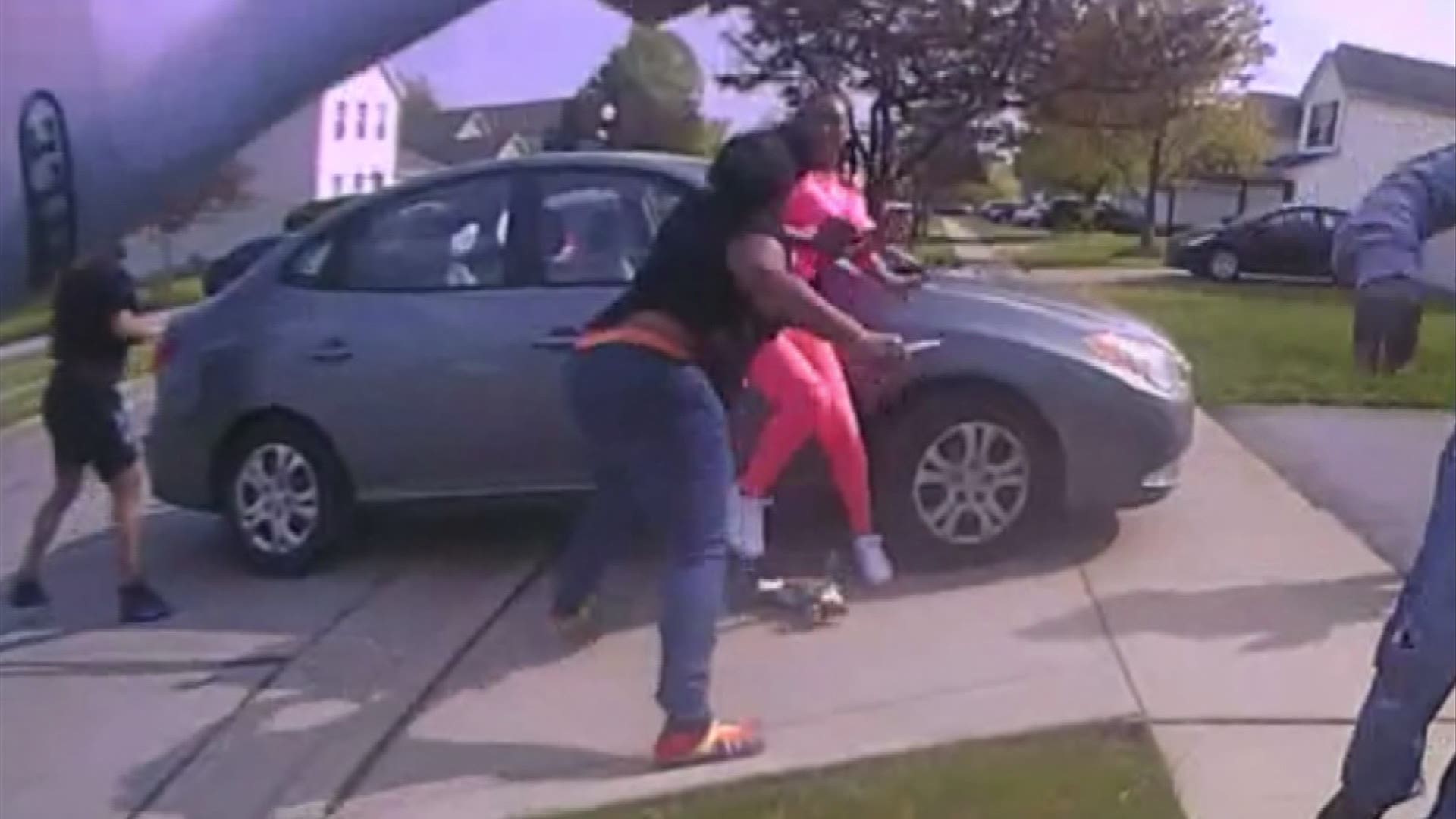 COLUMBUS, Ohio — The Columbus Division of Police has released bodycam footage hours after the fatal police shooting of a 16-year-old girl on the city’s southeast side.

That day, officers were called to the 3100 block of Legion Lane, north of Chatterton Road, just after 4:30 p.m. for a disturbance.

According to Interim Chief Michael Woods, a caller reported females were trying to stab them. A dispatcher tried to obtain more information but was unable to before the call was disconnected.

The footage released by police shows Bryant appearing to try and stab a woman with a knife before Officer Reardon shoots her.

Chief Woods said officers immediately assessed Bryant for injuries, called for a medic and began CPR per division policy. During this time, an officer, believed to be Reardon, can be heard saying “she came at her with a knife.”

“You didn’t have to shoot her,” a witness is heard saying.

Bryant was taken to Mount Carmel East in critical condition where she was later pronounced dead.

Ma'Khia's mother, Paula Bryant, spoke with 10TV, saying her daughter was an honor roll student and a sweet child.

Paula and another family member said Ma’Khia called the police for help because girls were fighting outside her house.

The teen was a foster child under the care of Franklin County Children Services.

Paula Bryant tells me her 16 year-old daughter Ma’Khia Bryant was an honor roll student and a sweet child. Ma’Khia was shot and killed by a @ColumbusPolice on Legion Lane at 4:30p today. pic.twitter.com/0FfbQVEgSD

RELATED: 'This never should have happened': Mother of 16-year-old killed in police shooting wants answers

The shooting took place as the world tuned in to hear the verdict in the trial of former Minneapolis police officer Derek Chauvin, who was convicted of murder and manslaughter in the death of George Floyd.

“We don’t yet have all of the facts, but we do know that a 16-year-old girl -- a child in this community -- died last night,” Mayor Andrew Ginther said during a press conference, adding more information will be released as it is available. “Did Ma’Khia Bryant need to die yesterday? How did we get here?”

Ginther added, “We know based on this footage the officer took action to protect another young girl in our community.”

According to Interim Chief Michael Woods, an officer can use deadly force when the person appears to be inflicting harm on another person. Woods added a more thorough investigation needs to be conducted before determining whether the shooting was justified.

Reardon was hired with the Columbus Division of Police in 2019.

The Bureau of Criminal Investigation has since opened an independent investigation.

Following the shooting, Member of Mother's of Murdered Columbus Children and others gathered in the area, one person with a sign reading "enough is enough" and another with "Black kids matter."

The NAACP of Columbus, Ohio posted the following statement on their Twitter page overnight:

Another Black child was killed by the police. Our condolences to the family and loved ones of Ma’Khia Bryant. 🙏🏽💔 #makhiabryant pic.twitter.com/EngiGH4o7K

RELATED: ‘Haven’t we learned anything?’ Lawyer for family of Andre’ Hill responds to deadly shooting of Ma’Khia Bryant