Cole, who lives with cerebral palsy, loves technology, so his brother, Gavin, helped him use Siri to determine "heads or tails" to make each selection. 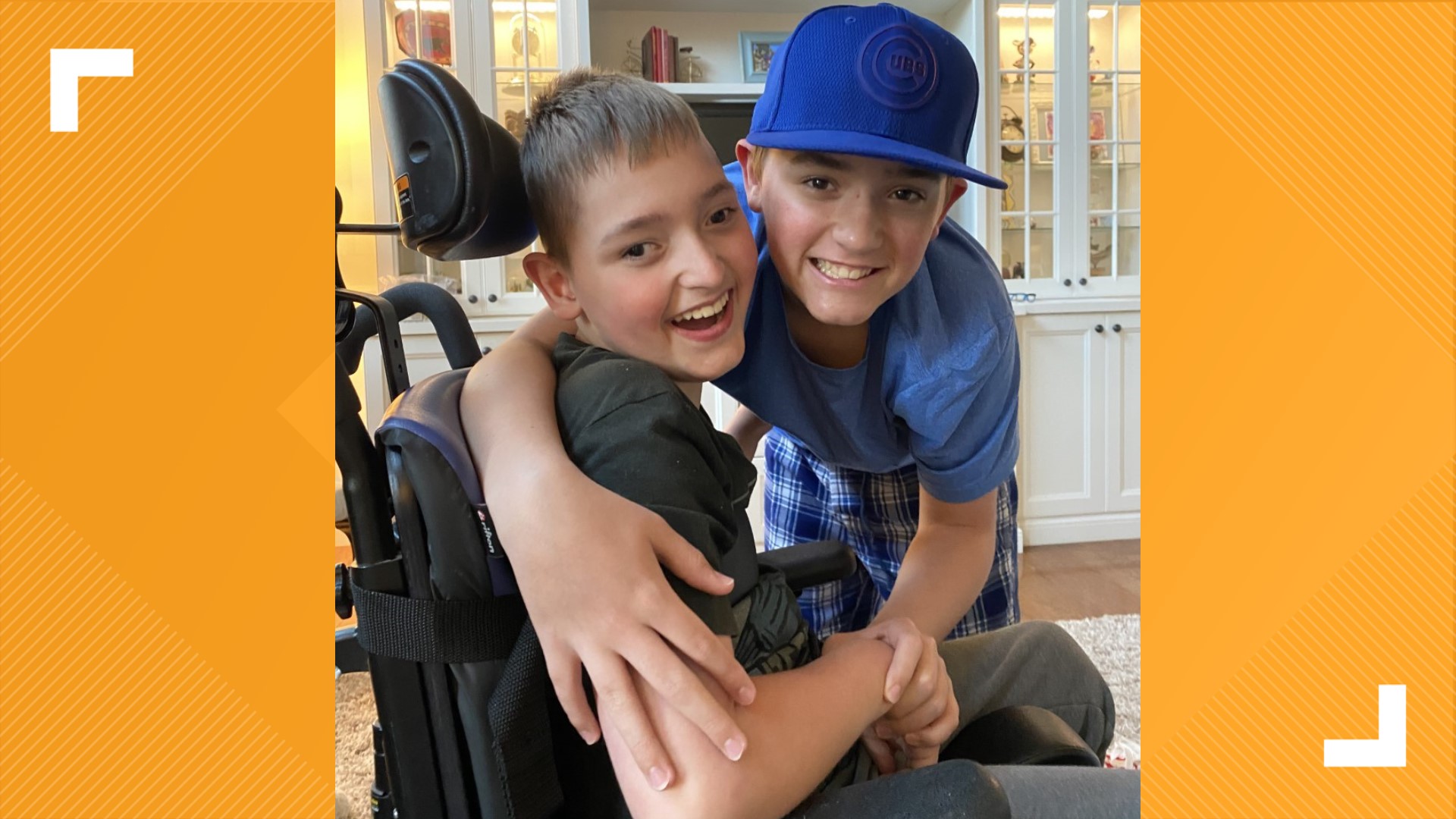 "Having cerebral palsy is definitely a challenge in some ways and a blessing in other ways," said Julie Johnson, the boys' mother.

Just like millions of others, the entire Johnson family filled out a bracket for March Madness.

"Cole didn't quite want to fill one out, so Gavin came up with an idea to get him involved by flipping a coin," Julie said.

Gavin took it a step further, using Siri to say "heads or tails" because Cole loves working with technology.

So, the two submitted a bracket online made up entirely by chance.

"As they went through their bracket, we kind of thought, 'This is a terrible bracket,'" Julie said, "because he chose every single upset, and we thought, 'There's no way he's going to go very far in it.'"

But the boys were having fun, and that was what mattered.

Then, earlier this week, the Johnsons went online to check their brackets against the millions of others submitted.

"We had entered them into the NCAA bracket online, so we were kind of following along and wondering where everyone was," Julie said. "Mine was like in 1.3 millionth place, and Gavin was somewhere in the 785,000s, and we were like, 'Where's Cole?' And Cole had made it into third place."

His bracket, made up entirely by chance, was tied for third place among millions of brackets.

"He was beating almost everyone in America, it was amazing," Julie said.

Since Saturday, his bracket has fallen to 288th place, but even that is an amazing spot.

Through the power of technology, Cole correctly predicted No. 15 seed Oral Roberts' upset over No. 2 seed Ohio State, as well as Sister Jean's Loyola-Chicago win over No. 1 seed Illinois.

All of this from a set of 13-year-old twins, one with cerebral palsy, right here in Indiana.

RELATED: At 101, Loyola's Sister Jean thrilled to come to Indy for March Madness