Voting for the winning video will end Monday. 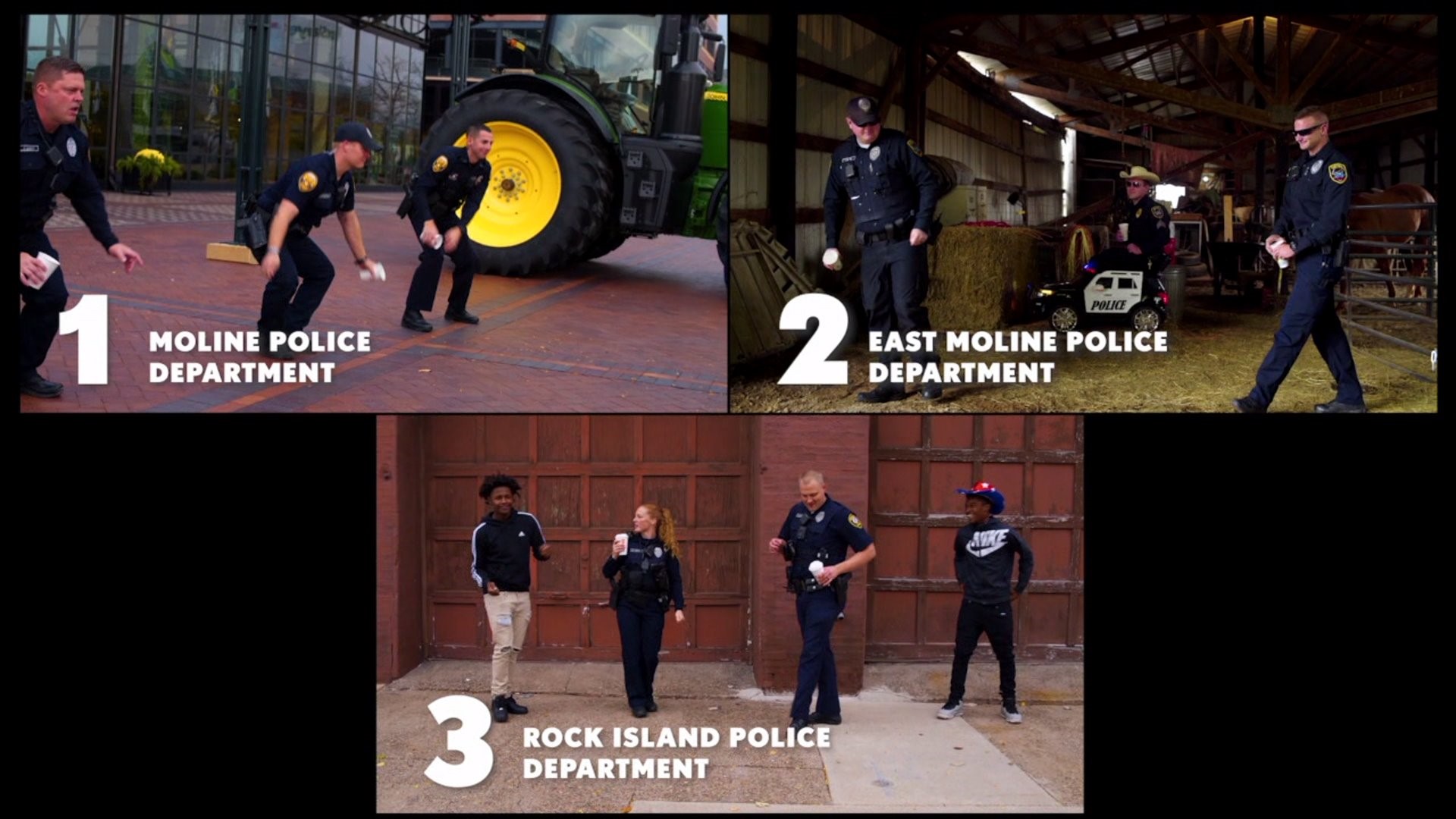 MOLINE, ILLINOIS  -- Local police officers are showing that their talents go far beyond law enforcement. Police officers across Rock Island County are getting in on a viral dance craze for a good cause.

"I was basically in the back trying to copy everybody," Moline Police Detective Jon Leach said. "We tried to figure out who knew how to dance and put them in the front. Those who did not know, we hid them in the back and I was in the very back."

"There was very little practice," East Moline Sargent Tony Frankowski said. "We did get together and came together and plan and a outline."

The dance competition is for the Rock Island YWCA. The fundraiser will go towards their youth programs and a new building. For $1, anyone can vote for the winning video.

"It's nice that the community can come together for a great cause," Leach said.

"Any funds that we raise go directly back into our youth program," YWCA CEO said. "It's so important to our organization."

"I've been coming here for like a year," YWCA Participant Malik Horne said. "I play basketball and sometimes we swim and stuff. It's a good program. It keeps all the boys out of trouble."

Each department's full videos will be released on the YWCA's Facebook page on Thursday, November 7th, 2019. Voting will end Monday, November 11th, 2019.

"I think hands down we have got a great video put together and it's pretty much unbeatable," Frankowski said.

"I can't wait to see how much we kick their but in this dance," Lonergan said.

"I do not think there is going to be much of a challenge from East Moline or Rock Island," Leach said.