Some experts say due to advancements in technology, farmers are planting rows closer together; that means more corn per acre. 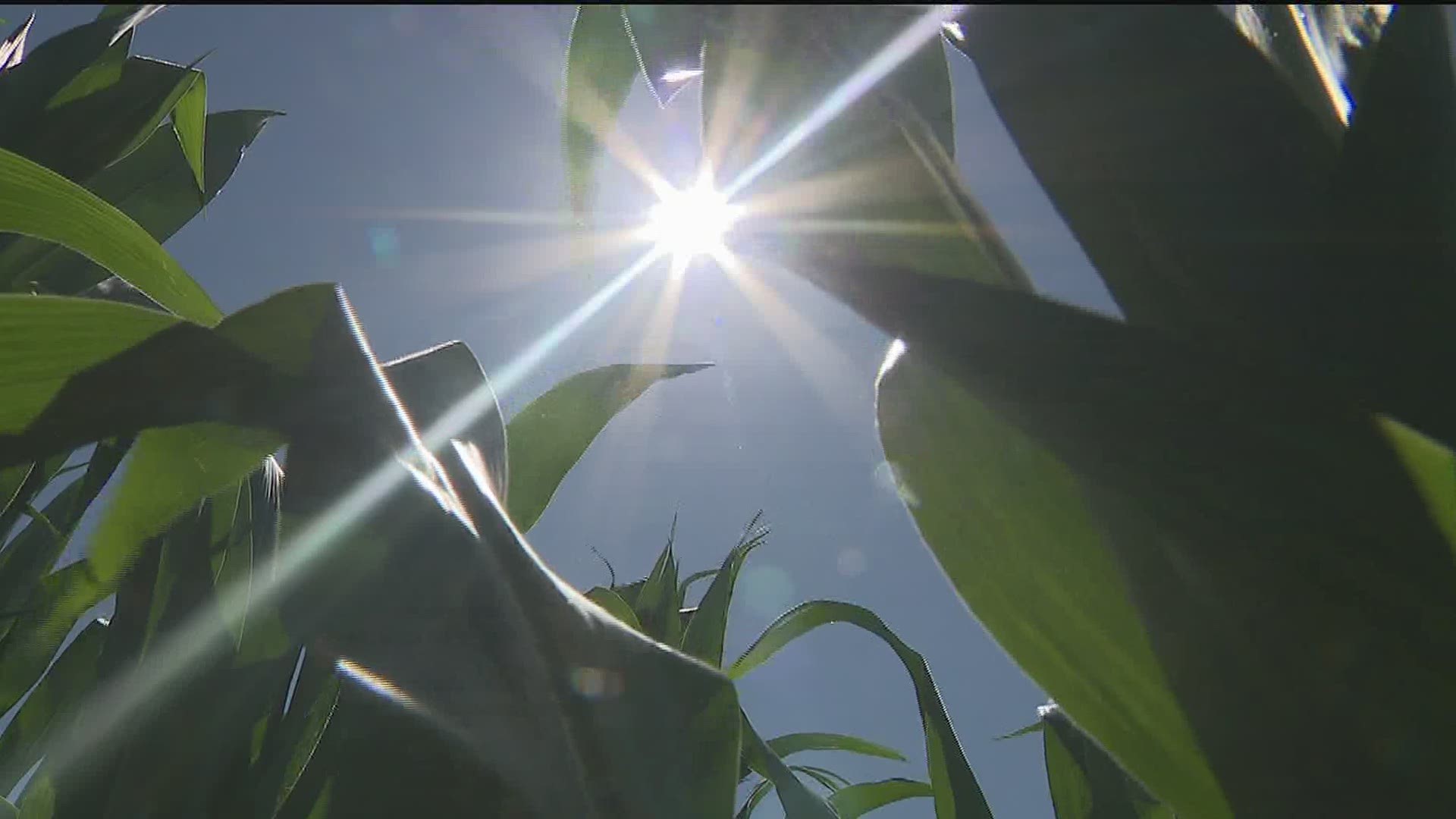 TAYLOR RIDGE, Illinois — This past week the Quad City area reached 90 degree temperatures, with heat indexes in the triple digits.  Some say surrounding corn fields are to blame for the constant sweating.

"The humidity has been high and that makes it more uncomfortable," says Dave Mueller, a corn and bean farmer. Some call it "corn sweat", but Mueller says he doesn't buy it.

"It gets the name "corn sweat" primarily because we have a lot of corn - we're in the Corn Belt," Gensini explains. "It acts a lot like a giant lake. And sun comes out during the day and transpiration occurs."

He says when sunlight hits the crop, water inside the stalk evaporates, and that boosts humidity.

Some experts say due to advancements in technology, farmers are planting rows closer together; that means more corn per acre.

"For your viewers who are up really early or right when the sun sets, you can sometimes see that thin layer of sweat," Gensini explains.

It's that sheet of water Dr. Gensini blames for the uncomfortable humidity.

"This transpiration in the lower part of the atmosphere actually keeps those high temperatures down and it's fairly hard to hit 100 degrees in the Midwest," Gensini says.

Meteorologists say it's not unhealthy to breathe in the moisture, but it does make it difficult for your body to cool down.  People should be cautious when outside to prevent heat stroke.