MUSCATINE, Iowa– A typical jam session for Monica Austin and her band at Kavanaugh’s in Rock Island always leads to the same question. “Everyw... 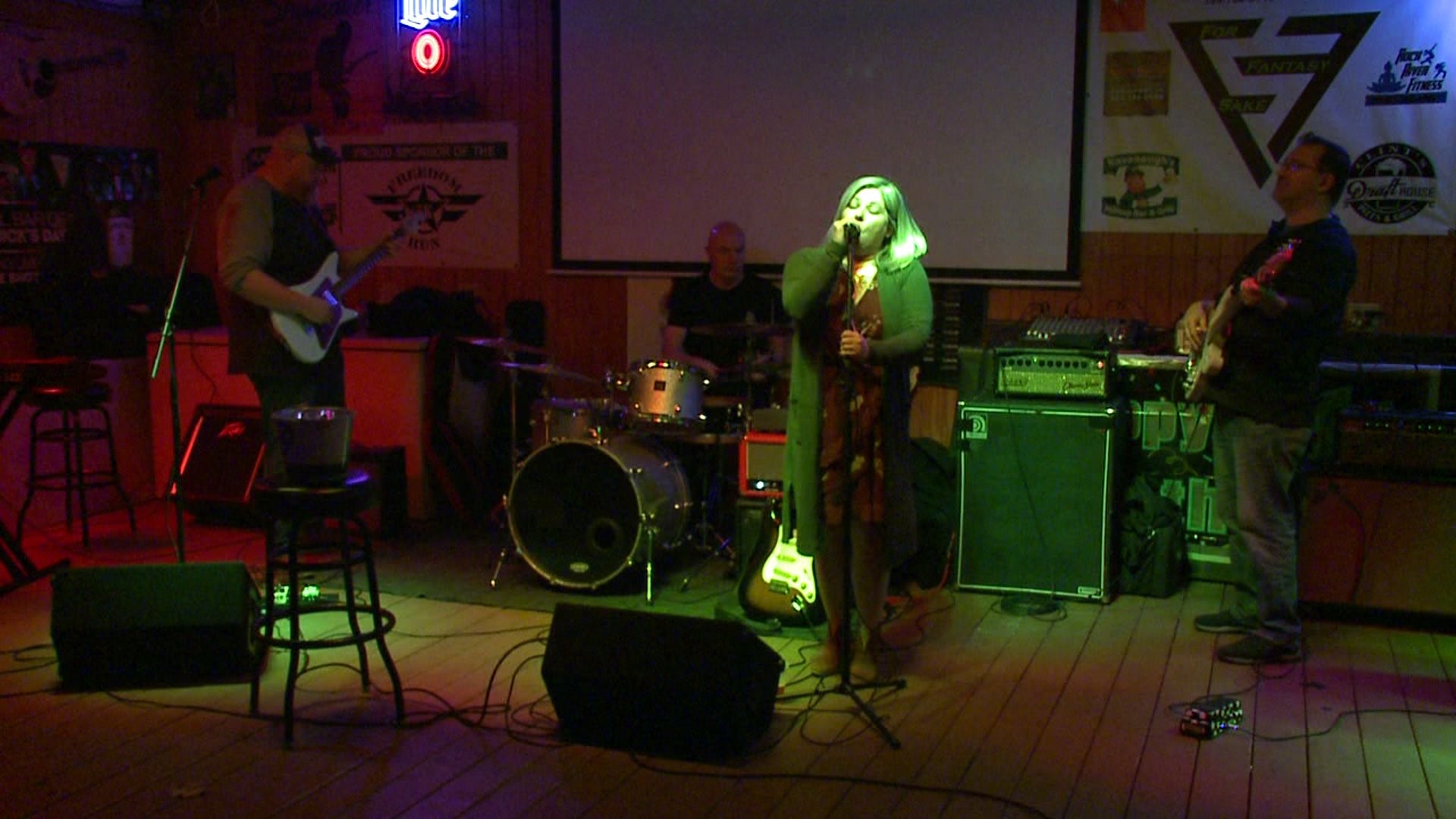 MUSCATINE, Iowa-- A typical jam session for Monica Austin and her band at Kavanaugh's in Rock Island always leads to the same question.

"Everywhere that I've played, everyone that I've met they ask you 'What do you want to do?'" said Monica.

Ever since she started singing she knew the answer. She just didn't know how far it would take her.

"I want to be an artist like the artists I grew up watching those songwriters, the strong female vocalists in country like Wynonna Judd," said Monica.

Monica, a Muscatine, Iowa resident, has been singing covers and writing original music since 2012.

"We played quite a lot two or three times a week for a couple of years and switched out band members here and there and then I had two babies in three years," said Monica.

Busy with her three kids, music took it's place on the back burner. Now, it's time for the comeback.

"In the last year I started getting back out and playing again," said Monica.

Small gigs here and there but big things are coming in 2020.

"Someone from the venue called and said hey there's an opportunity," said Monica.  "I had to submit every video from the last seven years, they looked at reviews on my social media, they asked venue owners that I worked with they asked musicians that I'd work with."

An extremely long job interview, but Monica made the final cut and is opening up for Wynonna and the Big Noise during their stop at the Rust Belt in East Moline.

"I answered the phone and she just said you got it kid and I was just bawling for the next two days," said Monica. "It's just a huge honor makes all of the hard work a hundred percent worth it."

It will be a night full of firsts.

"This will be the first time I see her perform live and I'm opening," Monica said. "It's huge, I'm over the moon."

Monica has just three months away to sing through the jitters and make her community proud.

"Everyone in town said 'Oh we're going we have to get tickets we have to make t-shirts' and so I was watching the website and you could just see the seats like going, going, going and I'm like oh my gosh everyone I know is going to be there," said Monica.

The crowd is ready to cheer on one of their own.

"I wanna say I've been working on this specifically opening for Wynonna Judd the entire time," said Monica.

The concert is on Friday, February 21st at the Rust Belt.