Larry Eckhardt is nearing his final days. Now the people touched by his mission want to honor him 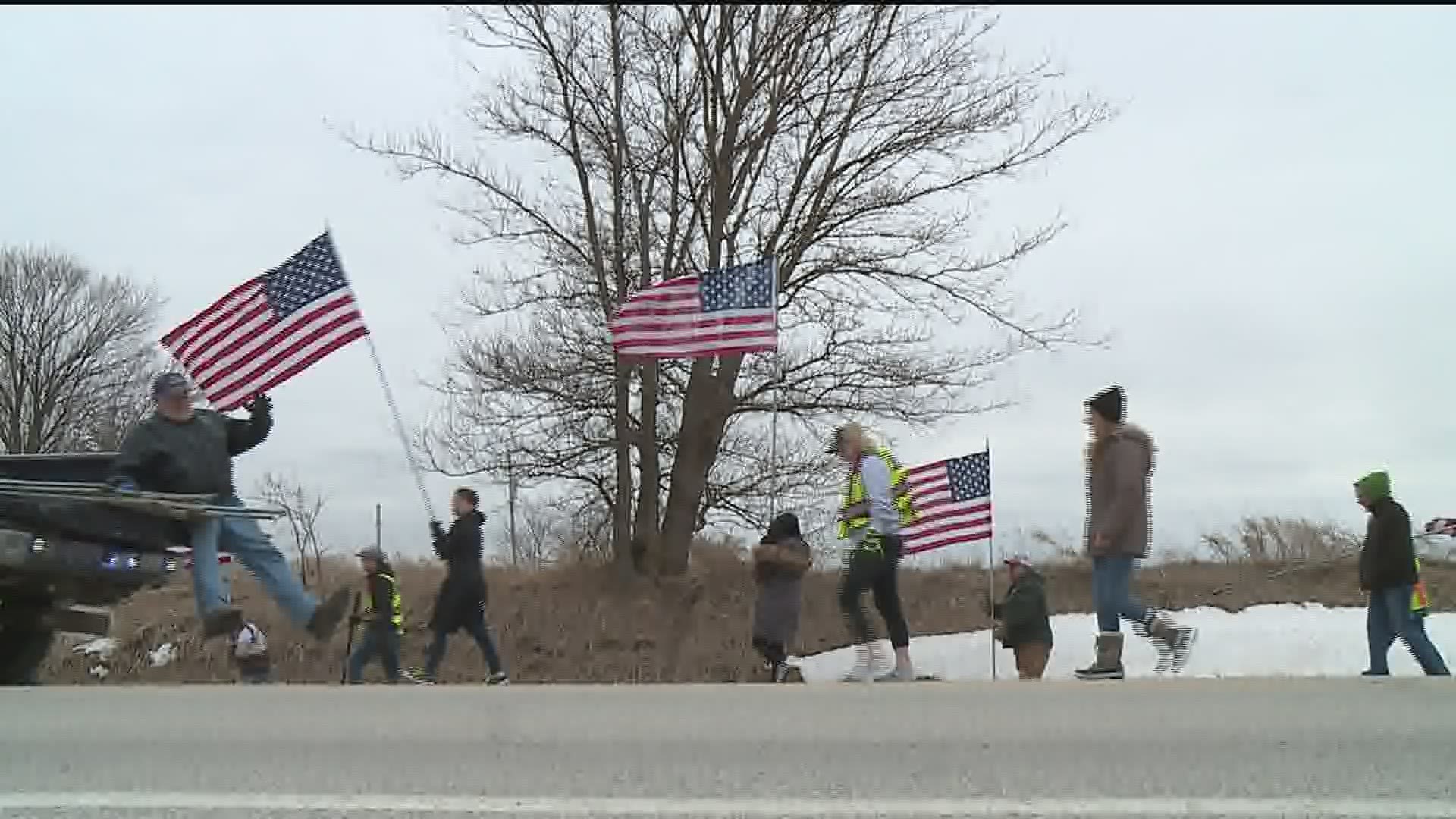 LITTLE YORK, Ill. — He's known as Larry the Flag Man and for more than 15 years he's been honoring fallen first responders on their final journeys by planting flags along funeral routes.

After complications from a vocal paralysis, Larry Eckhardt is nearing his final days. Now, the people touched by his mission want to honor him.

Larry has been away from his home in Little York, Illinois for nearly a month.

He has been in hospice care in Iowa City, Iowa but his caregiver, Angela Soule, said he will be coming back home Wednesday afternoon.

After having provided comfort to so many families of the fallen, first responders wanted him to see just how much his life's work has meant to them.

When the Assistant Fire Chief of Little York Steven Melleny learned that Larry Eckhardt would come home on Wednesday he rallied the troops. Dozens of volunteers from the Little York, Kirkwood and Roseville Fire Departments, the Patriot Guard Riders, local families and children came out to help in the effort.

RELATED: 2020 JEFFERSON AWARDS: The Big Heart of "The Flag Man" and His Multi-State Impact

What many did not know and Larry himself never shared, is that he once served too.

Soule said he served in the Marines and was honorably discharged. But he never wanted his service to be the focus of his missions.

On the eve of his homecoming, volunteers say this time, the stars and stripes will fly just for him.