Dan Campbell and his dog, Copper, decided to see the country - during quarantine - in his motorcycle equipped with a sidecar. 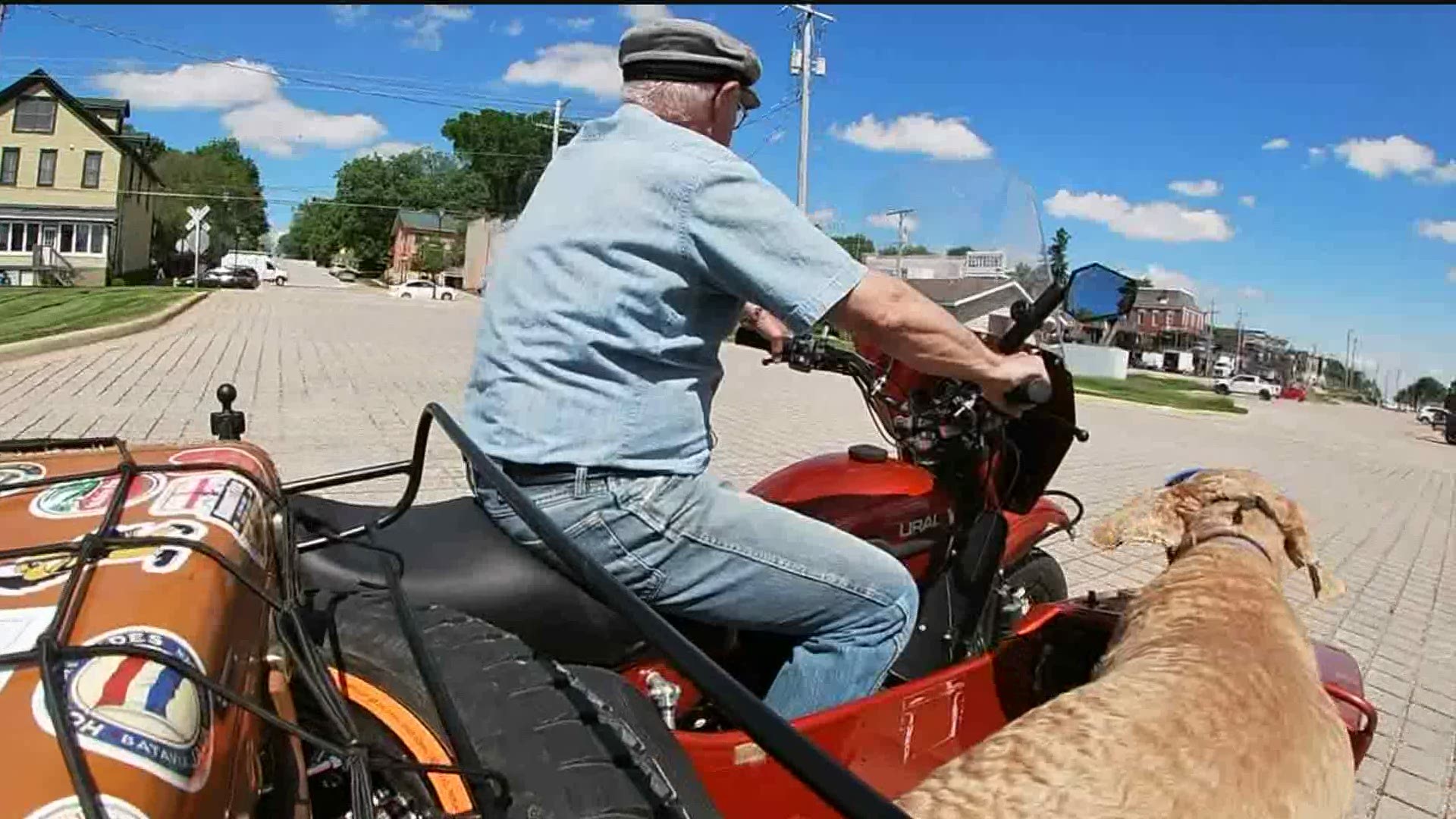 LE CLAIRE, Iowa — Whether it's a spouse, a sibling, or a parent, lots of people have spent time with their "quarantine buddy".  But one Leclaire man keeps his right by his side.

During the day, Dan Campbell is a delivery driver who works the night shift.  But once he's off the road, he can't wait to get back on it. He rides a Ural bike - complete with a sidecar.  He bought the bike a year ago in Rochester, Minnesota.

"The only production motorcycle still made with a side car," explains Campbell. "It's from the Ural Mountains of Russia."

But his sidecar wouldn't be complete without his sidekick - that's where his 10-year-old dog, Copper comes in.

The two ride the motorcycle in all four seasons.  When the pandemic hit, Campbell said he parked it away for a few weeks; but like many they were struck with cabin fever.

"It's perfect for when the virus is going on so we can go out," says Campbell.

Recently, they took a trip to Kentucky's Red River Gorge.  But most days they stay local and cruise around the Quad Cities where many snap pictures.

"They're driving with one hand and taking a picture of me and Copper with the other hand," Campbell explains. "This motorcycle when you stop for gas, you have to figure an extra 15 minutes to talk to anybody because people aren't used to seeing a sidecar."

A man is a dog's best friend and that's why Copper will always be right at Campbell's side.

"I think part of it is he doesn't want to be left behind," Campbell comments.