Justin Trudeau picked up a key endorsement last week from former President Barack Obama but the Prime Minister has faced a difficult campaign after revelations ... 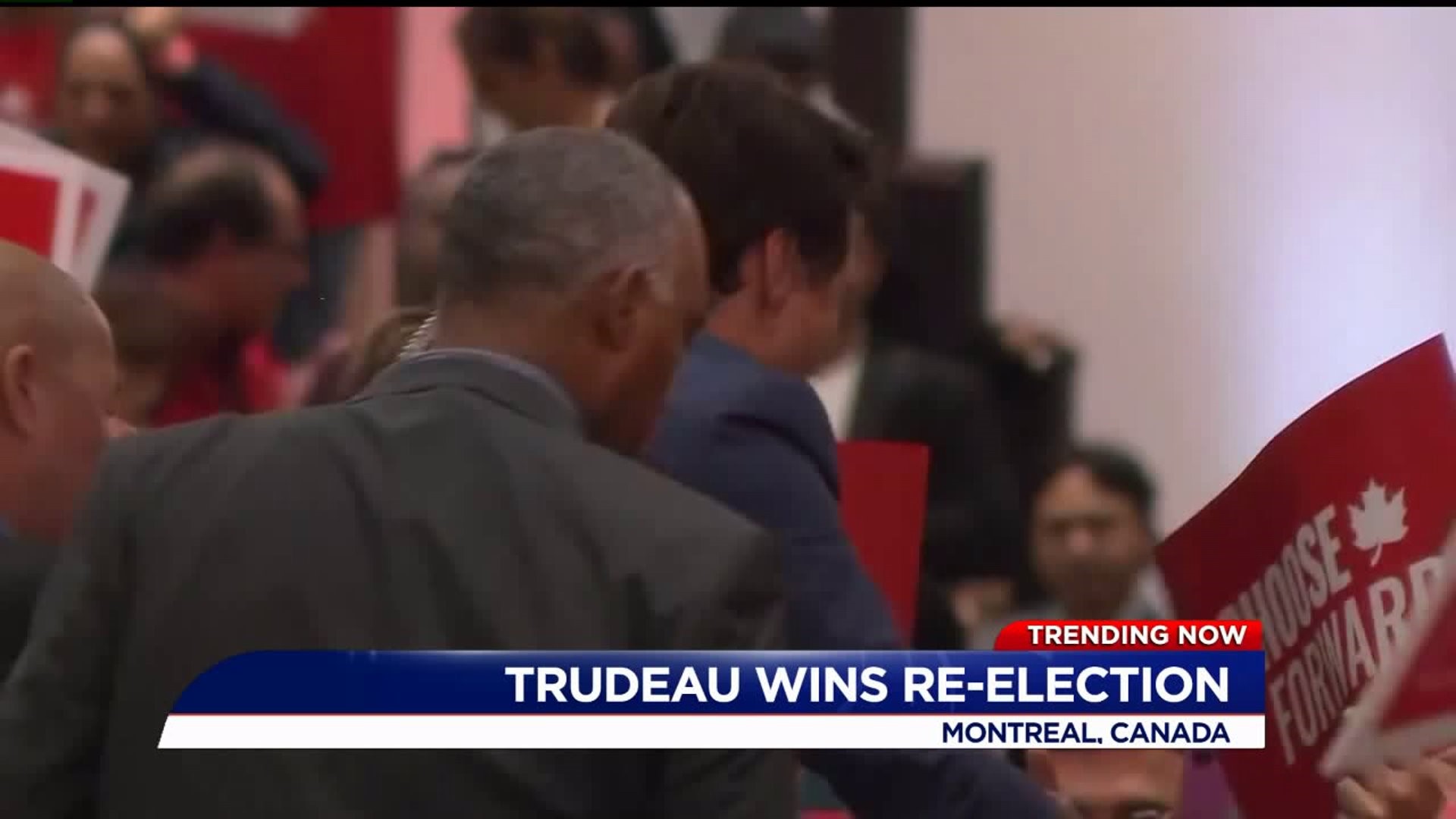 (CNN) -- Election results show Prime Minister Justin Trudeau's Liberal Party will return to power, but as a minority government after Monday's general election, according to CBC News and CTV News.

The victory ensures that Trudeau will serve as Prime Minister for a second term.

Trudeau spoke to a cheering crowd in Montreal about his victory.

Trudeau, the Liberal leader, and Conservative leader Andrew Scheer were the two top contenders in Monday's competitive general election. More than 300 parliamentary seats were up for grabs. Health care, the climate crisis and the cost of living reportedly are voters' top issues.

Trudeau, 47, picked up a key endorsement last week from former President Barack Obama but the Prime Minister has faced a difficult campaign after revelations that he wore blackface in the past. He said he didn't know how many times he put the racist makeup on.

Last month, Time magazine posted a photo of Trudeau wearing brownface when he was a school teacher in 2001. Trudeau said he had attended an end-of-the-year gala with an "Arabian Nights" theme when the photo was taken.

He said it was a racist photo, but he didn't consider it racist then.

In his apology, Trudeau admitted he wore dark makeup when he was in high school as part of a talent show in which he sang the Jamaican folk song "Day-O." CNN partner CTV News obtained that second photo from a source who said it was a picture of Trudeau in a yearbook at Brebeuf College.

A video of Trudeau in blackface emerged from the early 1990s.

Trudeau apologized for wearing blackface after Time magazine posted the first photo, and again after the three photos surfaced.

Trudeau was sworn in as prime minister in November 2015. He is the son of former Prime Minister Pierre Trudeau and is the first child of a Canadian prime minister to be elected to the office.

He managed to awaken the 'Trudeaumania' that brought his late father to power in the 1960s.

Scheer has tried and failed to capitalize on the scandal and criticism of Trudeau. But neither his negative emphasis nor his polices have engaged voters. Scheer is fiscally and socially conservative, offering the promise of a stable government with tax cuts and balanced budgets.

Some disenchanted voters have moved on from Trudeau and settled on New Democratic Party leader Jagmeet Singh as an option. Singh has advocated for climate action and a government-funded drug program for everyone. He is a practicing Sikh whose colorful turbans illustrate the country's changing complexion.

Elizabeth May, leader of the Green Party and Bloc party leader Yves-François Blanchet, a Quebec separatist, are on the ballot as well.