John Hickenlooper officially ends presidential campaign, says he hasn't made a decision about running for Senate 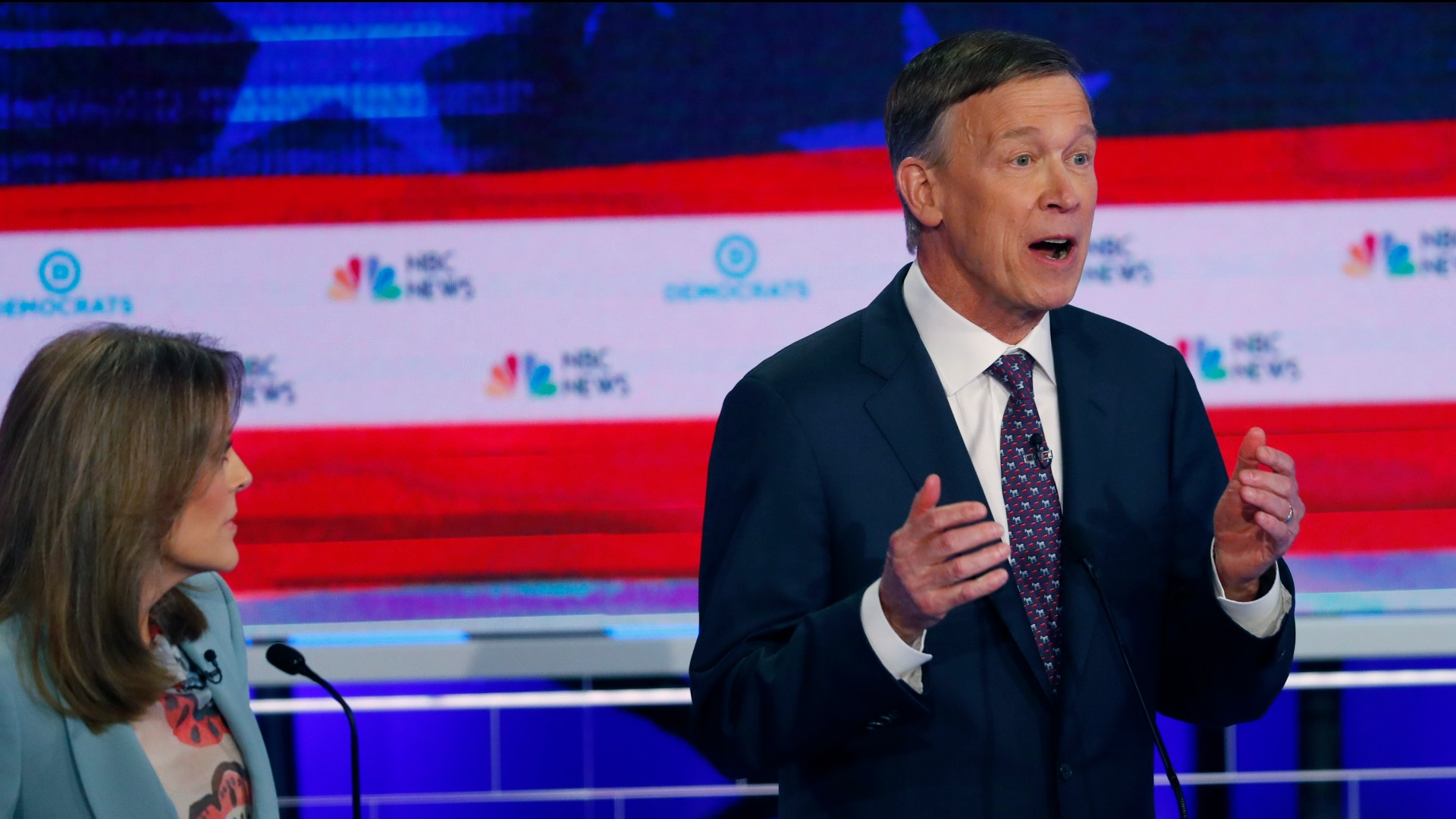 News that was rumored through sources on Wednesday night was made official when Hickenlooper posted a video on his campaign website, Twitter and in an email.

"This morning, I'm announcing that I'm no longer running for President," Hickenlooper tweeted Thursday morning. "While this campaign didn't have the outcome we were hoping for, every moment has been worthwhile and I'm thankful to everyone who supported this campaign and our entire team."

In the video, Hickenlooper said he hasn’t made a decision on whether or not to enter the already crowded race for the Democratic nomination to challenge Republican Sen. Cory Gardner in 2020.

Colorado’s former governor announced his candidacy for president with a rally and concert in Civic Center Park on Mar. 7.

He campaigned repeatedly in Iowa and visited New Hampshire. He participated in the first two debates hosted by the Democratic National Committee, but failed to standout among the nine other candidates debating on the same night. He had to show that he had at least 1% support in three polls to qualify. To make the third debate next month in Houston, he would have had to show 2% support in four polls and receive 130,000 individual contributions.

Hickenlooper was not going to hold a news conference or make a public statement beyond his video.

SUGGESTED VIDEOS | Next with Kyle Clark