He talked up his own policy credentials, referencing his time as vice president, but the biggest applause lines came from repeated blows against the current pre... 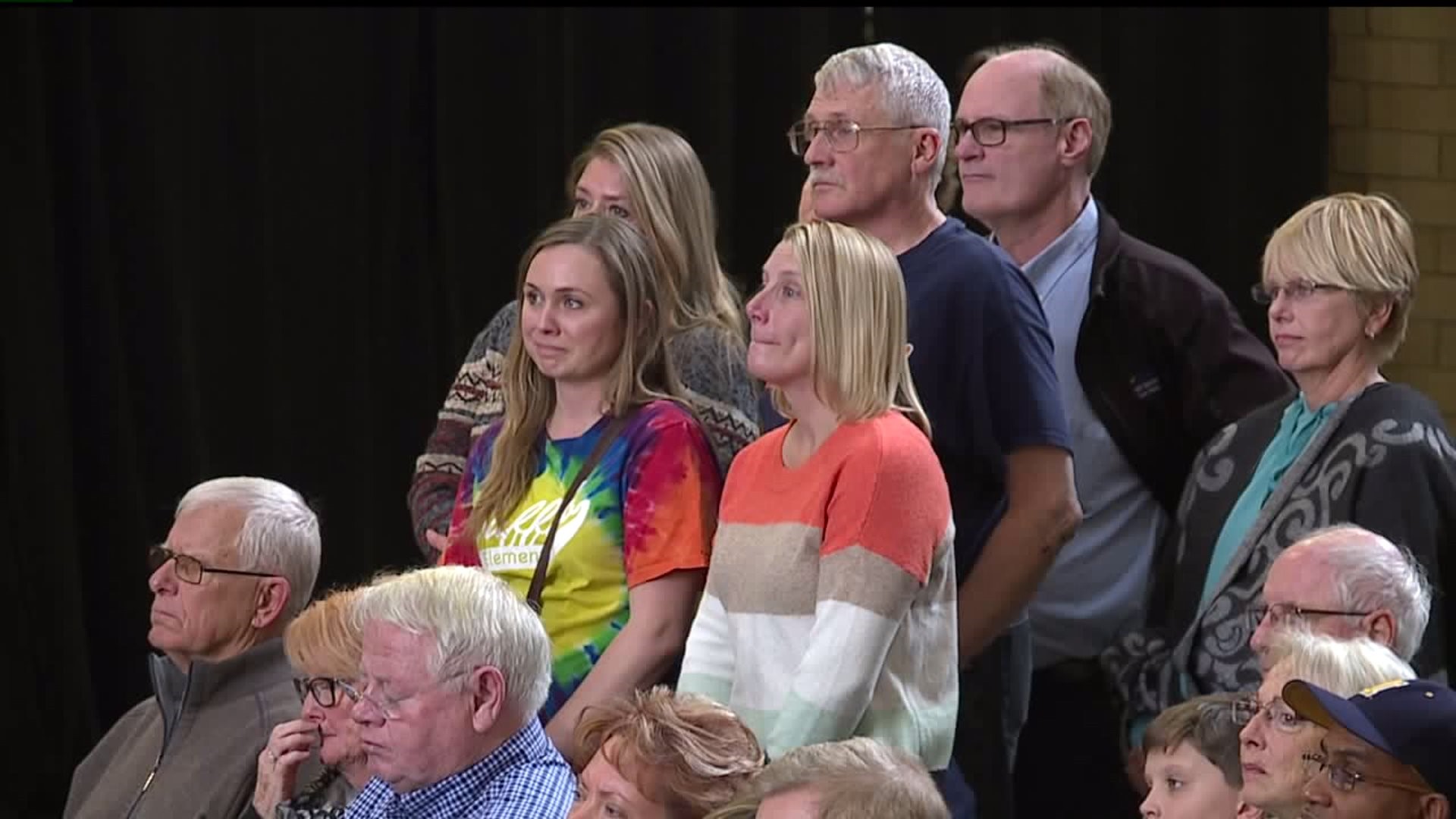 Biden said the most consequential and sacred role of the president is as commander-in-chief of the U.S. military. He came out swinging at President Donald Trump in the role.

"And now, Turkish forces invading and attacking our Kurdish allies," he said. "He tweeted, tweeted their withdrawal."

He also talked up his own policy credentials, referencing his time as vice president, but the biggest applause lines came from repeated blows against the president.

On stage, Biden never referenced Trump's attacks on his son Hunter Biden for his work with a Ukrainian natural gas company. But when asked about whether the criticisms affected their view of the Biden family, several supporters said not at all.

"I believe that they're good people, I'm not worried about that whatsoever," Megan Rucker, a teacher said.

"In fact, it actually benefits Joe, because Trump isn’t cooking up lies for anybody else, he’s only worried about Joe," David Maki, a retired pension actuary said.