Protesters and police clash on I-80 near Iowa City

The protest was predominantly peaceful until a confrontation began where police deployed tear gas and flashbangs. 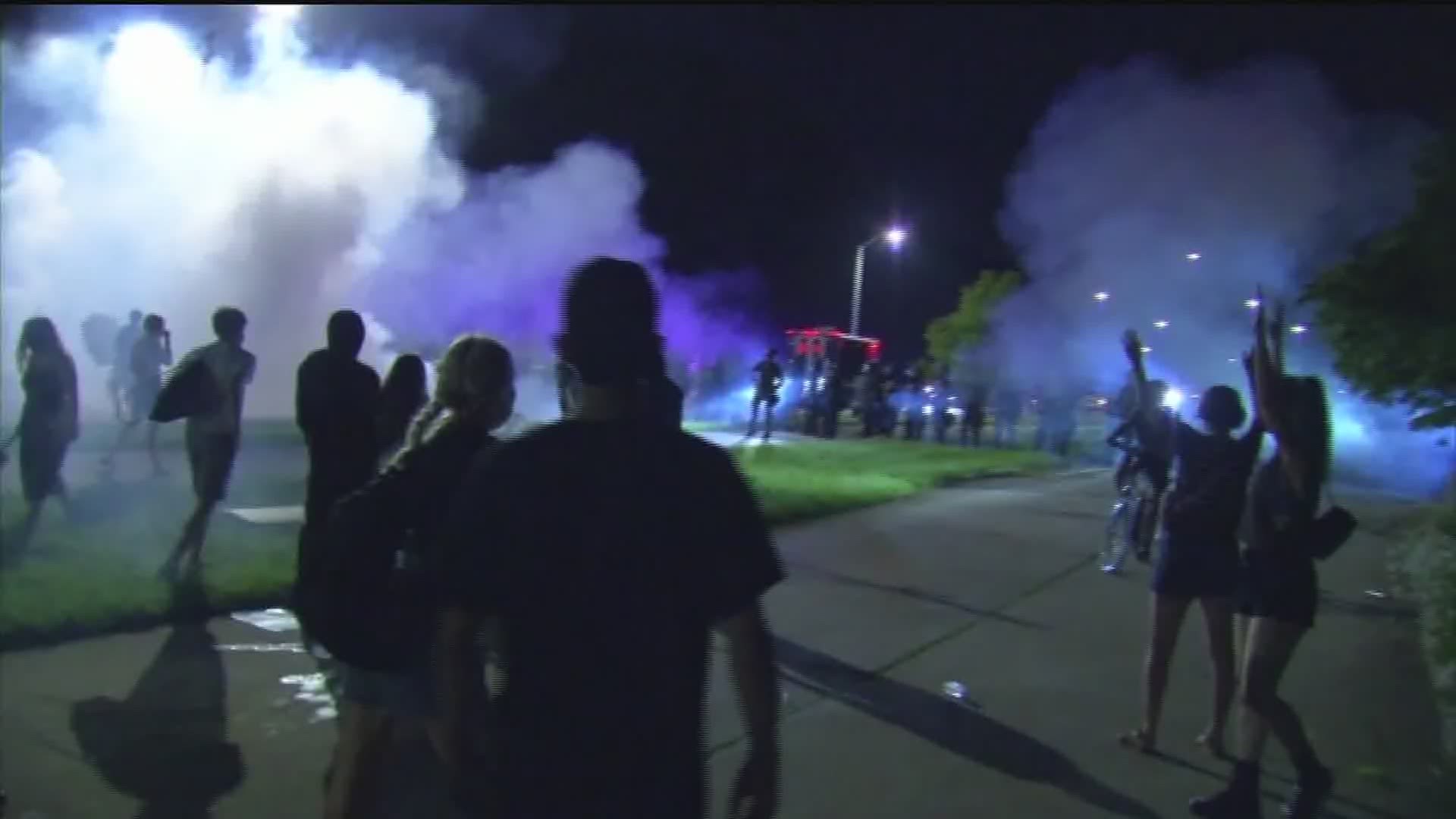 IOWA CITY, Iowa — Protesters were marching down the streets of Iowa City Wednesday evening until a a confrontation with the police began on an I-80 intersection.

The protest began its run at around 6 p.m. on Wednesday, June 3rd, and remained predominantly peaceful until about 11 p.m.

KCRG reports that a confrontation broke out around that time that saw officers throwing in tear gas and flashbangs to disperse the crowd. The report does indicate that aggression was not sparked by physical altercation.

The report says that the police deployed the crowd control at least four times from 11 p.m. to midnight, which is the point when most demonstrators went home.

One person was rushed away from the scene from in an ambulance after one of the confrontations.