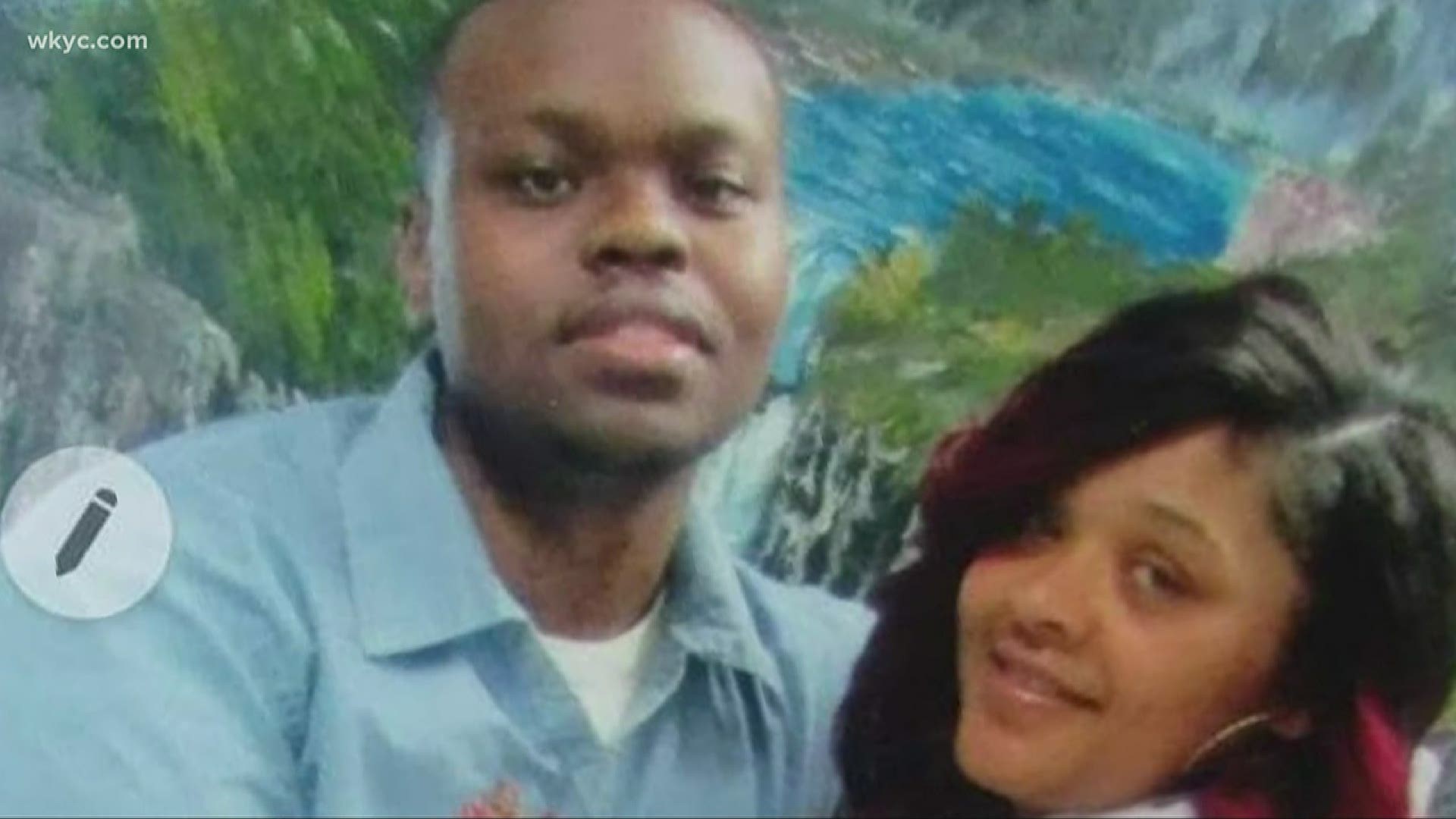 CLEVELAND — Attorneys for several Ohio inmates are requesting Gov. Mike DeWine give emergency reprieves to allows tens of thousands of prisoner to be released until the COVID-19 pandemic subsides.

The filing comes on the heels of spreading coronavirus cases throughout the state prison system, capped by DeWine's announcement of the first inmate death connected to COVID-19.

On Monday, the governor said 146 inmates and 119 staff members have tested positive for the coronavirus.

Prisons and jails across Ohio and the nation have been plagued by the spread of the coronavirus. At the Elkton federal prison near Warren, 24 inmates and 14 staff members have tested positive. Three inmates have died.

Similar concerns have been raised at the Cuyahoga County Jail, where 21 inmates have tested positive.

"It's really difficult not be scared for his safety and health," said Azzurra Crispino, whose husband, James, is serving 17 years in prison for robbery. He is eligible for early release this summer, she said.

Crispino is hoping he won’t have to wait that long.

"The only way to stop the spread of this virus is decrease the number of people behind prison walls," she said. "We need to take extreme and immediate steps to be [releasing] as many people as possible."

Cleveland attorney Sarah Gelsomino, of the Friedman and Gilbert law firm, partnered with attorneys from Patituce and Associates, to draft the motion for emergency reprieve.

The attorneys are asking DeWine to release thousands of eligible inmates in an effort to ease the spread and threat of COVID-19.

"The governor has the ability under the law - to without a hearing and without review - release prisoners, in mass on reprieve," Gelsominoi told 3News Investigator Rachel Polansky.

"We know the governor has executive power, should he choose to use it," she said.

DeWine last week started taking steps to release 167 inmates to help ease concerns. He whittled the number down to ensure violent offenders are not released.

Inmate advocates, however, say the 167 inmates targeted for release will do little to ease concerns. Those inmates represent about 0.3 percent of the approximate 49,000 inmate population.

"That is a drop in the bucket," Gelsomino said.

"I'm glad it was only a drop in the bucket," Yost said.

Ohio prisons, he said, are filled with serious, violent criminals, many of whom have extensive histories of misconduct.

"Our prisons have dangerous people in them," he said. "The notion that because they might catch a bug that they have a great chance of recovering from...that we ought to just open the doors of the prisons and let everybody out, is an absurdity."

Chazidy Bowman, the wife of inmate Rufus Bowman, who is serving time for robbery and felonious assault at the Toledo Correctional Institution, said not all inmates are as violent as their convictions would lead many to believe.

Regardless, she said the state of Ohio is entrusted to keep inmates in a safe environment, and they cannot do that under the current, cramped and overcrowded conditions.

"We're afraid they’re going to get sick and die," she said. "This virus inside the prison is like trapping a tornado inside a box, and it’s going to spin out of control."

RELATED: State of Ohio begins coronavirus testing for all inmates at 3 facilities

RELATED: Dr. Amy Acton: General public could be wearing masks for the next year