Impeachment going public: Hearings next week for all to see

Democrats announced they will launch public impeachment hearings next week, intending to bring to life weeks of closed-door testimony and lay out a convincing n... 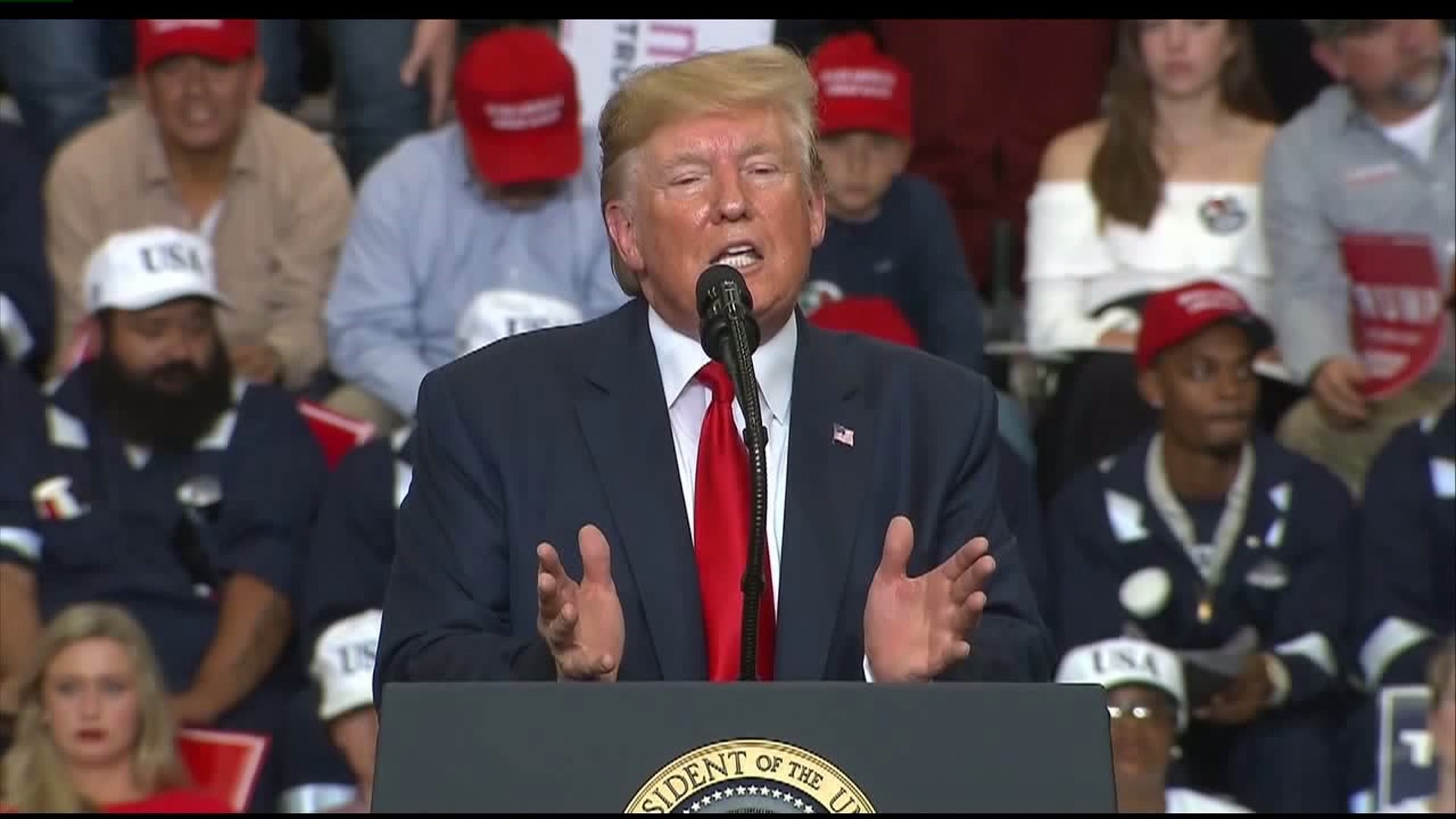 WASHINGTON (AP) — Democrats announced Wednesday they will launch public impeachment hearings next week, intending to bring to life weeks of closed-door testimony and lay out a convincing narrative of presidential misconduct by Donald Trump.

First to testify will be William Taylor, the top diplomat in Ukraine, who has relayed in private his understanding that there was a blatant quid pro quo with Trump holding up military aid to a U.S. ally facing threats from its giant neighbor Russia.

That aid, at the heart of the impeachment inquiry, is alleged to have been held hostage until Ukraine agreed to investigate political foe Joe Biden and the idea, out of the mainstream of U.S. intelligence findings, that Ukraine interfered in the 2016 U.S. election.

The testimony of Taylor a career envoy and war veteran with 50 years of service to the U.S., is what Democrats want Americans to hear first.

Taylor has told investigators about an "irregular channel" that the president's personal lawyer, Rudy Giuliani, set up for Ukraine diplomacy, and how the White House was holding up the military aid, according to a transcript of his closed-door interview released Wednesday.

"That was my clear understanding, security assistance money would not come until the president committed to pursue the investigation," Taylor said.

He was asked if he was aware that "quid pro quo" meant "this for that."

Trump has denied any wrongdoing, and Republicans largely dismiss the impeachment inquiry, now into its second month, as a sham.

But Rep. Adam Schiff, the chairman of the Intelligence Committee leading the probe, said that with two days of hearings next week Americans will have a chance to decide for themselves.

"The most important facts are largely not contested," the California Democrat said. "Those open hearings will be an opportunity for the American people to evaluate the witnesses for themselves, to make their own determinations about the credibility of the witnesses, but also to learn firsthand about the facts of the president's misconduct."

Along with Taylor, the public will hear from former U.S. Ambassador to Ukraine Marie Yovanovitch, whom Trump fired after what she and others say was a smear campaign against her, and career State Department official George Kent. Taylor and Kent will appear Wednesday, Yovanovitch on Friday.

To prepare for what's ahead, the White House is beefing up its communications operations.

The Trump administration has ordered officials not to participate in the House inquiry. But lawmakers have spent weeks hearing from current and former government witnesses, largely from the State Department, as one official after another has relayed his or her understanding of events.

The testimony from Taylor further connected Trump, Giuliani and the administration to a quid-pro-quo agreement that came to light after a government whistleblower's complaint about Trump's July 25 phone call with Ukraine President Volodymyr Zelenskiy.

Even before that call, Taylor said, he and other diplomats involved in Ukraine policy started having concerns about a shadow foreign policy being run by Trump and his private attorney.

That "triggered Ambassador Bolton's antenna, political antenna, and he said 'we don't do politics here,'" Taylor testified, noting that Bolton ended the meeting.

Bolton, who resigned from the administration later, has been asked to appear before the House investigators for a closed-door interview this week. His lawyer said he would not come without a subpoena.

All three of those scheduled to appear in public hearings next week have already testified behind closed doors, and investigators in recent days started releasing hundreds of pages of transcripts from their interviews.

Yovanovitch, who was ousted in May at Trump's direction, testified that she had been told to "watch my back" and that people were "looking to hurt" her. Kent and Taylor testified about their concerns about her dismissal at the same time Giuliani was taking a leading role on Ukraine policy.

The spark for the inquiry was the July phone call from Trump to the new Ukrainian president. According to a rough transcript, released by the White House, Trump asked Zelenskiy to probe Biden and his family and interference in the 2016 election.

Taylor, who testified in October, had repeatedly conveyed concerns about the "irregular channel" that Giuliani had set up at Trump's instruction to bypass the embassy and the State Department.

"The security assistance got blocked by this second channel," he said.

In his appearance last month, Taylor told lawmakers that it was the "unanimous opinion of every level of interagency discussion" that the military aid should be resumed without delay.

Republicans, signaling a line of attack they may pursue during the open hearings, argued that he received none of the information firsthand.

In the final stretch of questioning, Rep. Lee Zeldin, R-N.Y., grilled him on whether he had primary knowledge that Trump was demanding that Ukraine investigate the Bidens. Taylor said he had not spoken directly to Trump or Giuliani. Zeldin says that information was "secondhand or thirdhand."

Trump allies also have argued that there couldn't have been an inappropriate arrangement because Ukraine didn't even know the aid was being held up. But Taylor said the new government under Zelenskiy recognized it had to commit to investigations to get the aid or a promised meeting with Trump at the White House.

He said the Ukrainians worried that opening the investigations, in particular of the gas company Burisma, which had Biden's son on its board, would have involved them in the 2020 election campaign in the U.S.

They didn't want to do that, he said.

Taylor said he had specifically raised his concerns with Secretary of State Mike Pompeo and told him he would resign if strong U.S. support for Ukraine somehow evaporated.

"This would have been throwing Ukraine under the bus," he said. "And I told the secretary: 'If that happens, I'll come home. You don't want me out there, because I'm not going to defend it, you know. I would say bad things about it."

Taylor told investigators that the "Russians are paying attention to how much support the Americans are going to provide the Ukrainians."

He said, "So the Russians are loving, would love, the humiliation of Zelenskiy at the hand of the Americans, and would give the Russians a freer hand, and I would quit."

At one point, Taylor said he was hearing from colleagues in Washington that it was difficult for them to arrange a meeting with Trump to try to persuade him to release the aid.

Why? It was around the time the president was interested in buying Greenland from Denmark, he said, and that "took up a lot of energy" at the National Security Council.