As more Quad City businesses re-open in Iowa, there is a demand to re-open everything on both sides of the river. 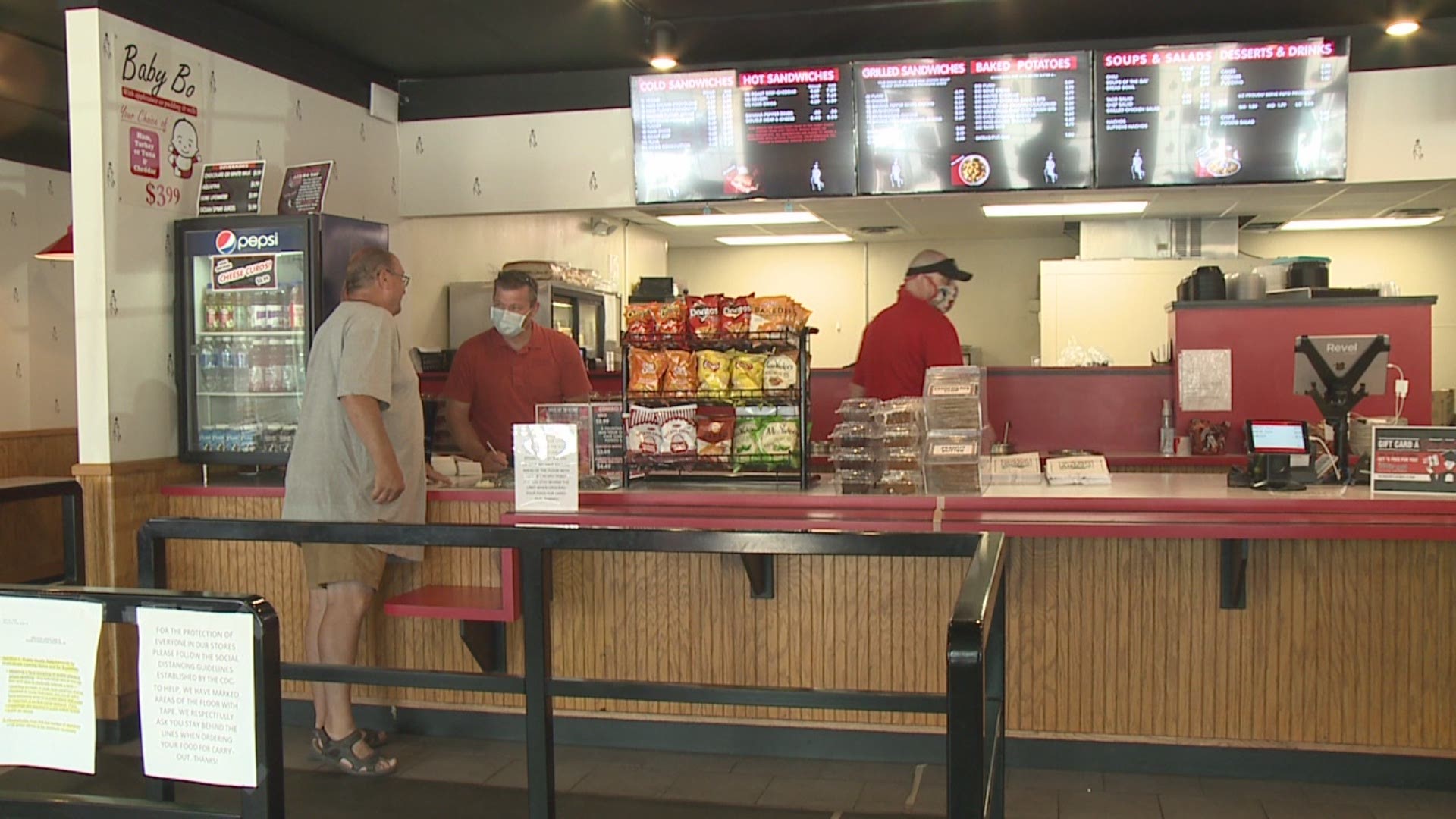 EAST MOLINE, Illinois — As more Quad City businesses re-open in Iowa, there is a demand to re-open everything on both sides of the river.

"We are seeing all the Illinois people run over to Iowa and spend their money, their disposable money," Mayor Thoms said. "We need to keep some of it here. The loss of revenue that the cities are going to have is going to fall on the taxpayer, and they already have a heavy enough burden. We need to try to keep that limited the best we can."

Illinois is in phase 3 of the Governor's 5 phase plan. Restaurants can only offer outdoor seating, while Iowa restaurants have indoor seating.

"Our 6 Iowa stores have been up 24% versus one year ago," The Hungry Hobo owner Pryce Boeye said. "Our 6 Illinois stores haven’t seen that kind of increase. They are down 7%."

"We are not able to compete with the Iowa side, because we are held back by rules that are unfair and maybe dated," Chamber Board chairman and CEO of Simplex Leasing, Inc, and  co-owner of the Rust Belt, Aaron Tennant said. "We just want to see some equilibrium here in our community. We want to be given the opportunity that our competitors and friendly businesses in Iowa are doing , so we can stop that sucking sound from Illinois to Iowa."

"We are calling for adjustments in the plan that would allow for more Illinois businesses to re-open sooner," Quad Cities Chamber President & CEO Paul Rumler said.

Rumler said the chamber views the Quad Cities as one economy and thinks the two states need to work together when re-opening.

"We are also wanting to make sure that we have collaborations when it comes to easing those restrictions and re-opening," Rumler said.