As a pair of identical twin girls entered the world, they were greeted in the delivery room by two people who had been there before. 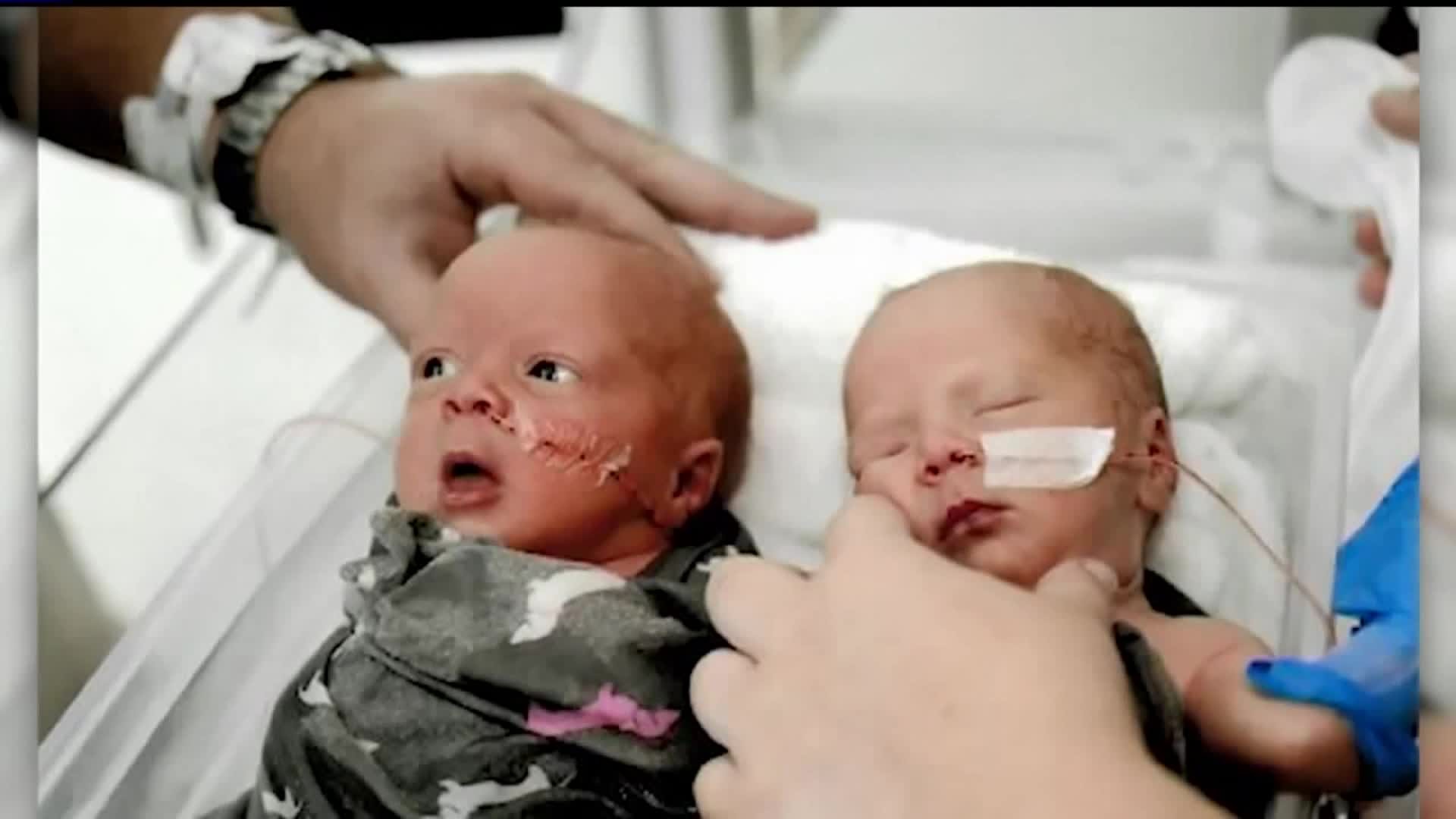 After a serendipitous turn of events, the twin nurses at Piedmont Athens Regional Medical Center in Athens, Georgia were able to deliver Addison and Emma Williams on September 25.

Brannan Williams, the father of the newborns, said he was happy to hear there would be twins in the delivery room (in addition, of course, to his own).

The father says he has been asking Tara and Tori for advice on how to raise his own daughters as twins.

"I was really nervous about the walk into the C-section room," he told CNN. "And then learning that, I was like, oh, that's pretty cool! It kind of relaxed me a little bit."

Sisters Tori Howard and Tara Drinkard have worked at Piedmont Athens Regional for years. Tori works in the neonatal intensive care unit (NICU) and Tara recently made the switch from being in the emergency room to working in the labor and delivery unit.

When the hospital delivers babies that need to go to the NICU, there are often nurses from both teams present to assist with the delivery. There must also be one nurse per baby. In the case of the twins, that meant that both Tara and Tori would be needed.

Though they've both worked at the hospital for years, Tara and Tori had never worked in the delivery room together, Piedmont Healthcare said. Just an hour before the delivery, the two figured out that they would finally get the chance to do just that.

While the novelty of twins being delivered by twins didn't sink in for the nurses or the parents until after the delivery, Brannan and Rebecca have since found their relationship with Tara and Tori to be invaluable.

Brannan says he has been asking Tara and Tori for advice on how to raise his own daughters as twins. He said he hopes Addison and Emma will be able to appreciate the special relationship once they're old enough.

"(Tara and Tori) have become our friends," he says. "I look forward to letting the girls know about this one day, and hopefully they'll get to meet them and keep carrying this thing on."

The babies are scheduled to go home Thursday.

In yet another connection, Rebecca works at Piedmont Athens Regional as a recruiter, so Brannan said he is sure the family will keep in touch.