Talk about a tight squeeze. 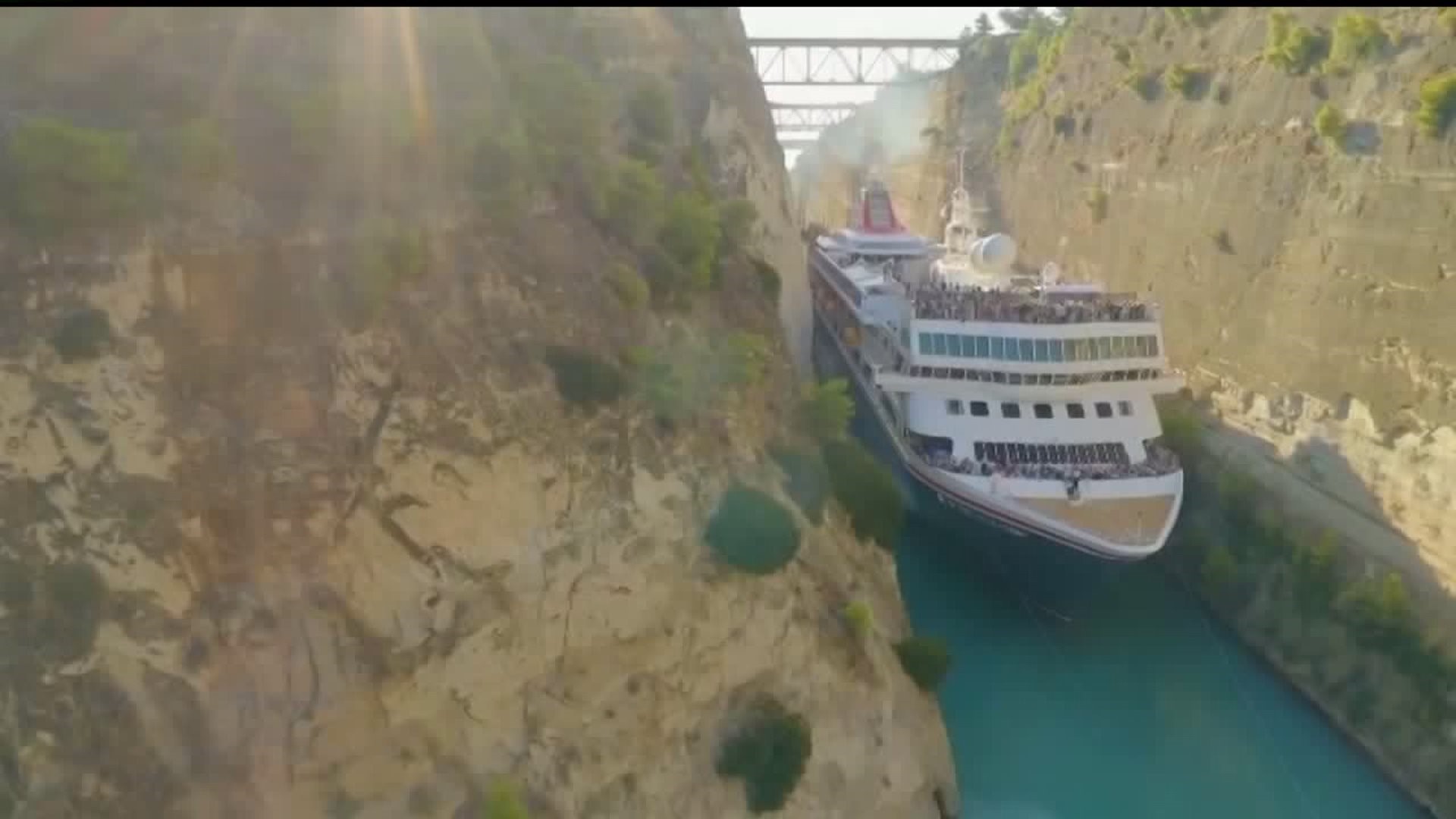 (CNN) -- Cruise passengers held their breath as a 22.5 meter wide cruise liner became the largest boat to pass through Greece's narrow Corinth Canal, according to its operator.

Carrying 929 passengers on board, the Braemar cruise liner narrowly managed to squeeze through the rocky walls of the canal -- which measures a maximum of 25 meters wide at the water's surface -- making it the longest boat to make the journey, cruise company Fred Olsen said.

The Corinth Canal is a tidal waterway connecting the Gulf of Corinth with the Saronic Gulf, dividing the Pelopónnisos from mainland Greece.

Ships have been navigating through the narrow waterways since 1893, but on Wednesday, Fred Olsen claimed to have captained the longest cruise ship through the canal. The ship weighs 24,344 gross tons, and is 195.82 meters long.

"Today Braemar made history as the longest-ever ship to cruise through the CorinthCanal," Fred Olsen cruise liners said on social media.

At 6.3km (3.9 miles) long, the Corinth Canal shortens the sea route from Italian ports to the port of Athens.

"This is such an exciting sailing and tremendous milestone in Fred Olsen's 171-year history, and we are thrilled to have been able to share it with our guests," Clare Ward, director of product and customer service for Fred. Olsen Cruise Lines said in a statement.

"At Fred Olsen, we strive to create memories that last a lifetime, and with guests on board Braemar able to get so close to the edges of the Corinth Canal that they could almost touch the sides, we know that this will be a holiday that they will never forget," she added.

Talk about a tight squeeze.