How'd we get here? A timeline of the Justine Ruszczyk Damond shooting

A timeline of events related to the officer-involved shooting death of Justine Ruszczyk Damond. 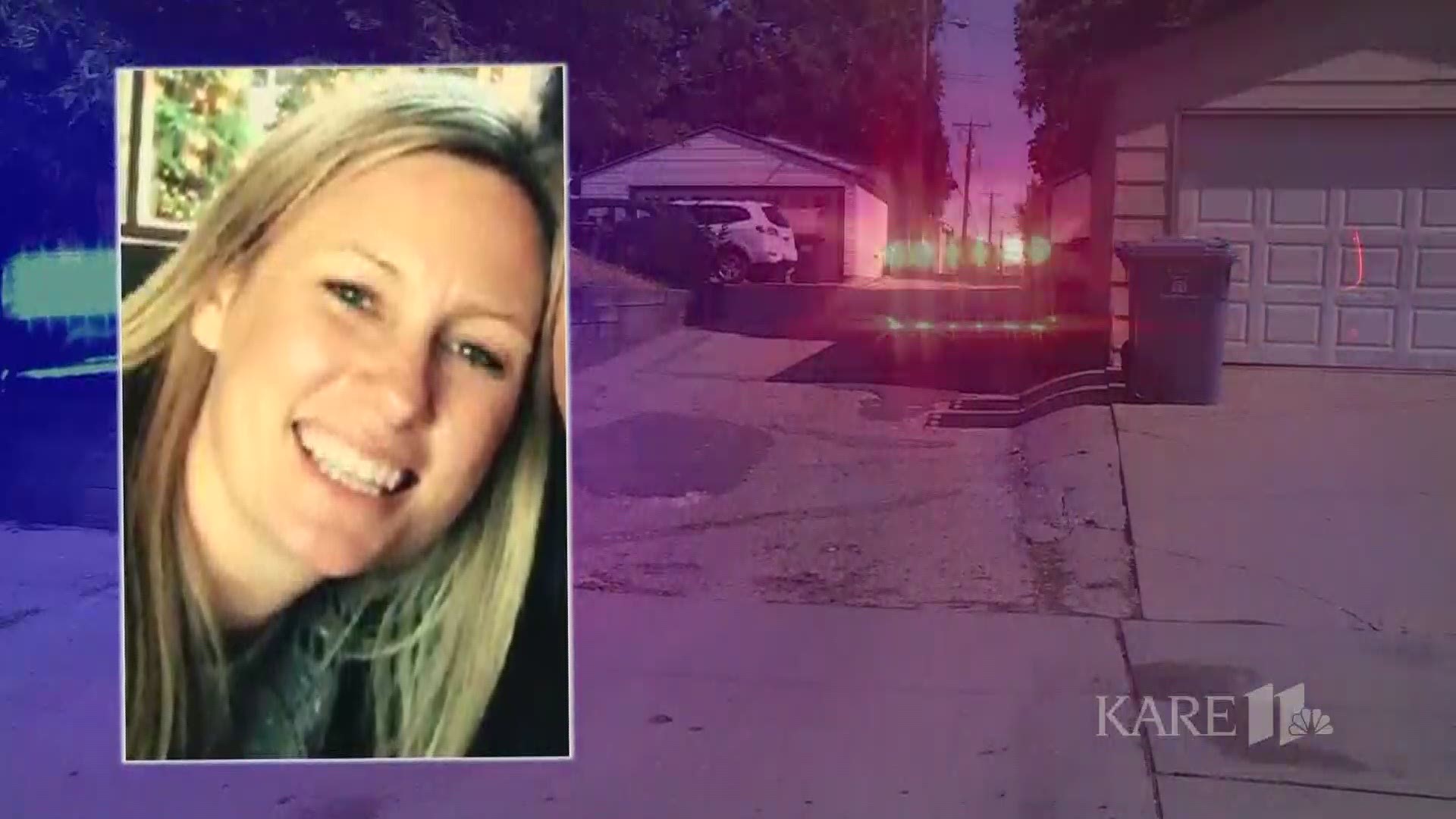 MINNEAPOLIS - A timeline of events related to the officer-involved shooting death of Justine Ruszczyk Damond.

11:27 p.m. — Justine Ruszczyk Damond calls 911 after hearing what sounds like a possible rape behind her house on the 5000 block of Washburn Avenue S. in southwest Minneapolis.

11:41 p.m. — Officers Matthew Harrity and Mohamed Noor arrive and drive south down the alley behind Ruszczyk's house. Harrity, who is driving, tells state investigators that Ruszczyk approached the driver's side window and Noor fired from the passenger seat, past Harrity, striking Ruszczyk.

Hundreds gather at the spot where Ruszczyk was killed. The BCA says the officers involved did not have their body cameras on and the dash camera did not capture the incident.

Ruszczyk Damond's fiancé, Don Damond, says she moved from her native Australia to Minneapolis to be with him. "She touched so many people with her loving and generous heart," Don Damond said.

An autopsy shows Justine Ruszczyk Damond died of a gunshot wound to the abdomen and the manner of death is officially a homicide.

The officer who shot Ruszczyk is identified as Mohamed Noor. Noor joined the department in March 2015 and was later celebrated as the first Somali-American officer for the 5th Precinct. He had two active complaints against him at the time of the shooting.

Noor's attorney, Thomas Plunkett, said in a statement, "He joined the police force to serve the community and to protect the people he serves."

Governor Mark Dayton calls the shooting a "horrible tragedy." Dayton says the state legislature should revisit body camera policies during the next legislative session. Authorities release transcripts of the 911 calls Ruszczyk made.

Minneapolis Police Chief Janee Harteau makes her first public appearance since the shooting. "Justine didn't have to die," she said. Harteau in a remote area of Colorado and did not come back to address the issue for five days. Some people questioned why she didn't cut her vacation short and come back.

Ruszczyk's family hires the attorney who represented Philando Castile, who was also shot and killed by a police officer.

Janee Harteau sat down with Jana Shortal in her first television interview since her resignation.

The Minneapolis Police Department releases the personnel records of Noor and Harrity. A search warrant filed in relation to the case states a woman slapped the back of the squad just before the shooting.

Arradondo announces that beginning that weekend, every officer on the force will be required to immediately activate their body cameras each time they are dispatched on an event or when they initiate an interaction with someone they encounter.

A public memorial service for Ruszczyk Damond is held at Lake Harriet. She was a spiritual healer who was a member of the Lake Harriet Spiritual Community.

Hennepin County Attorney Mike Freeman releases a statement, responding to calls and emails from the public on why he hasn't immediately charged Officer Noor. Freeman states they are following procedure for officer-involved shootings and states, "I fully expect a decision in this case before the end of 2017."

It's reported that investigators have asked for medical and unredacted personnel files for Noor. A BCA investigator requested background records, including pre-employment psychological exams. The search warrant also requested similar information for Harrity. Court documents show the city provided investigators with the information.

People, including members of "Justice for Justine," gather to call for Freeman to make a decision on possible charges.

Hennepin County Attorney Mike Freeman was questioned during a holiday party by activists who wanted to know why a decision has not been made in the case. Freeman said he didn't yet have enough evidence to charge Noor, blaming investigators who "haven't done their job." The interaction is caught on video and posted to social media.

Freeman apologizes for comments he made criticizing investigators involved in the Ruszczyk Damond case. "I was wrong to discuss the agency’s work on the Justine Damond case in a public setting," he said. He also makes clear that he was unaware he was being filmed.

Ruszczyk Damond's family calls for a more rigorous probe into her shooting death. The BCA says it is committed to a fair probe.

Hennepin County Attorney Mike Freeman announces there will be no charging decision on the Justine Ruszczyk Damond case this year, despite previously saying he would make a call on whether or not to bring charges against Officer Noor "by the end of the year." Freeman says there is more work to be done and additional information that needs to be investigated.

Hennepin County Attorney Mike Freeman convenes a grand jury in the case. The office releases a statement saying, "Because grand jury proceedings are secret, we cannot comment on grand jury subpoenas or any testimony that occurs before a grand jury."

Officer Mohamed Noor turns himself in after being charged with third-degree murder and second-degree manslaughter in Justine Ruszczyk Damond's death.

Noor posts bond and is released from jail.

Noor enters no plea in the charges against him.

Noor's lawyer files a motion to dismiss the case. But in September the state fires back, calling Noor reckless.

A judge denies motions filed by Noor's attorneys to dismiss the case.

A judge allows prosecutors to add a second-degree "intentional murder charge" against Noor.

KARE 11 Investigates gets hold of a video from May 18, 2017, showing Noor during a traffic stop with his gun drawn. Prosecutors call it a key piece of evidence.

A judge rules that prosecutors can't use the video, as well as Noor's silence or the results of his pre-hiring psychological exam, against him during the trial.

Noor arrives in court for his long-awaited trial. Seventy-five potential jurors pack into the Hennepin County Board Room.

Jury selection resumes after potential candidates were given a day to fill out their questionnaires, but it does not appear seating 16 people to decide Noor's fate will be a quick process.

The judge decides not to let the jury see renderings of the crime scene created by investigators using a 3D scanner. This is a big ruling, because 3D technology is how the Bureau of Criminal Apprehension measures crime scenes.

The jury is finally set. Ten men and two women will hear the case. There are also four alternates. Six of the jurors are people of color.

Opening statements begin from Prosecutor Patrick Lofton and Noor's attorney Peter Wold. The prosecution sets up their argument that Justine never "slapped" the squad car. The defense claims that Noor thought his life and his partner's life were in danger. Testimony starts in the trial, and the jurors hear from Justine Ruszczyk Damond's fiance, Don Damond.

The jury sees body camera footage from the shooting. One camera captured an officer telling Noor, "Keep to yourself. Keep your mouth shut."

Mohamed Noor's former commanding officer, Lt. Dan May, spends most of the day testifying. The biggest developments come while he was being cross-examined, when defense attorneys use May to talk about officer ambushes - and how he's warned officers in the past that it's happened in Minneapolis before and could happen to them.

Minneapolis Police Chief Medaria Arradondo testifies that officers at that time would have been expected to keep their body cameras rolling at shooting scenes. The body camera video the jurors have seen so far shows officers turning theirs off before talking about the case.

On Sgt. Shannon Barnette's second body camera video clip, Officer Mohamed Noor's partner Matthew Harrity tells her "she just came out of nowhere," and "I had my gun out. I didn't fire. And then Noor pulled out and fired."

A teen who biked past the alley during the shooting testifies, but some of his memories are unreliable because he had consumed alcohol and smoked pot. After the shot he stopped, took out his cell phone and recorded video.

Officer Matthew Harrity, Noor's partner, takes the stand. Harrity testifies that he had his own gun out and pointed down and couldn't make out whether the figure at the window was a man or woman or had anything in her hands. Prosecutor Sweasy asked Harrity who would have had the better view of the figure at his window, Harrity in the driver's seat or Noor in the passenger seat. Harrity says, "I'd like to think I did, but I can't speak for his view."

One of the biggest points of contention continues to be whether Justine Ruszczyk Damond slapped the squad car prior to Noor shooting her. The BCA's fingerprint expert testifies that Ruszczyk's prints were not found on the car. The lead BCA agent on the case testifies that on the scene, a police sergeant told him that Ruszczyk slapped the squad car prior to the shooting.

After 54 witnesses, prosecutors have painted a picture of BCA agents who did minimal work at first - and Minneapolis police officers reluctant to do anything that could get one of their own in trouble. The BCA's lead investigator on the case admits he didn't like the fact they interviewed Harrity in the comfort of his attorney's home, because he thought it might give the impression he was getting special treatment.

Crystal Police Lieutenant Derrick Hacker, in his role as the prosecution's use of force expert, says, "The use of force and use of deadly force was excessive, objectively unreasonable, and violated police policies and training." Hacker says even if Ruszczyk slapped the car, it makes no difference. The second use of force expert is the former police chief in Baltimore. His testimony matches Hacker's.

With his voice shaking but remaining composed, Mohamed Noor describes on the witness stand how the shooting happened. "He turned to me with fear in his eyes. His gun appeared caught in his holster," he says of his partner. Noor says when Ruszczyk raised her arm, he thought it might be a gun, and if he waited any longer his partner Officer Matthew Harrity would be dead. He says that once he realized he'd killed an unarmed woman, his "whole world came crumbling down." He also says, "If I knew this would happen, I never would have become a cop."

Mohammed Noor is cross-examined by the prosecutor, who suggests that there was "no basis" for him to fire at Ruszczyk when he had not seen her hands, and did not know if she had a weapon. Noor says, "I had to make a split-second decision to protect my partner." Then the defense's use of force expert Emanuel Kapelsohn testifies that Noor's use of force was "objectively reasonable" when you account for all the circumstances. "In hindsight we know Ms. Ruszczyk wasn't armed. But of course, Officer Noor didn't know that." The defense rests its case by the end of the day.

The jury hears closing arguments and begins to deliberate. Judge Kathryn Quaintance told jurors they would be sequestered once deliberations start. That means they will stay overnight at a hotel after deliberating to 7 p.m. at the latest each day. They will not return home until they reach a verdict. 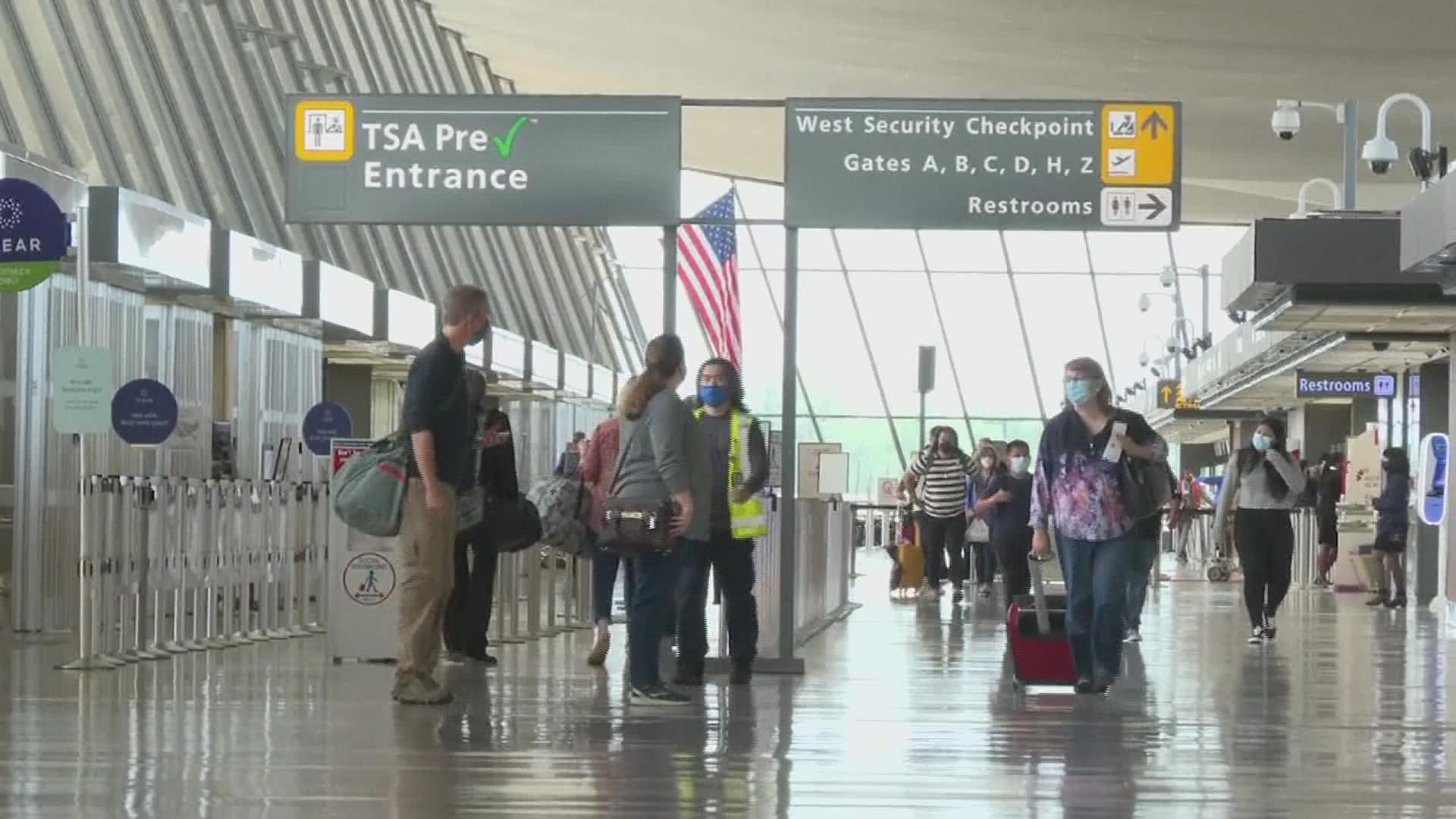 US issues its 1st passport with 'X' gender marker