A Quad Cities power couple had a big, three-day affair planned for their 250 wedding guests. The wedding was going to be this May, four years after they met. 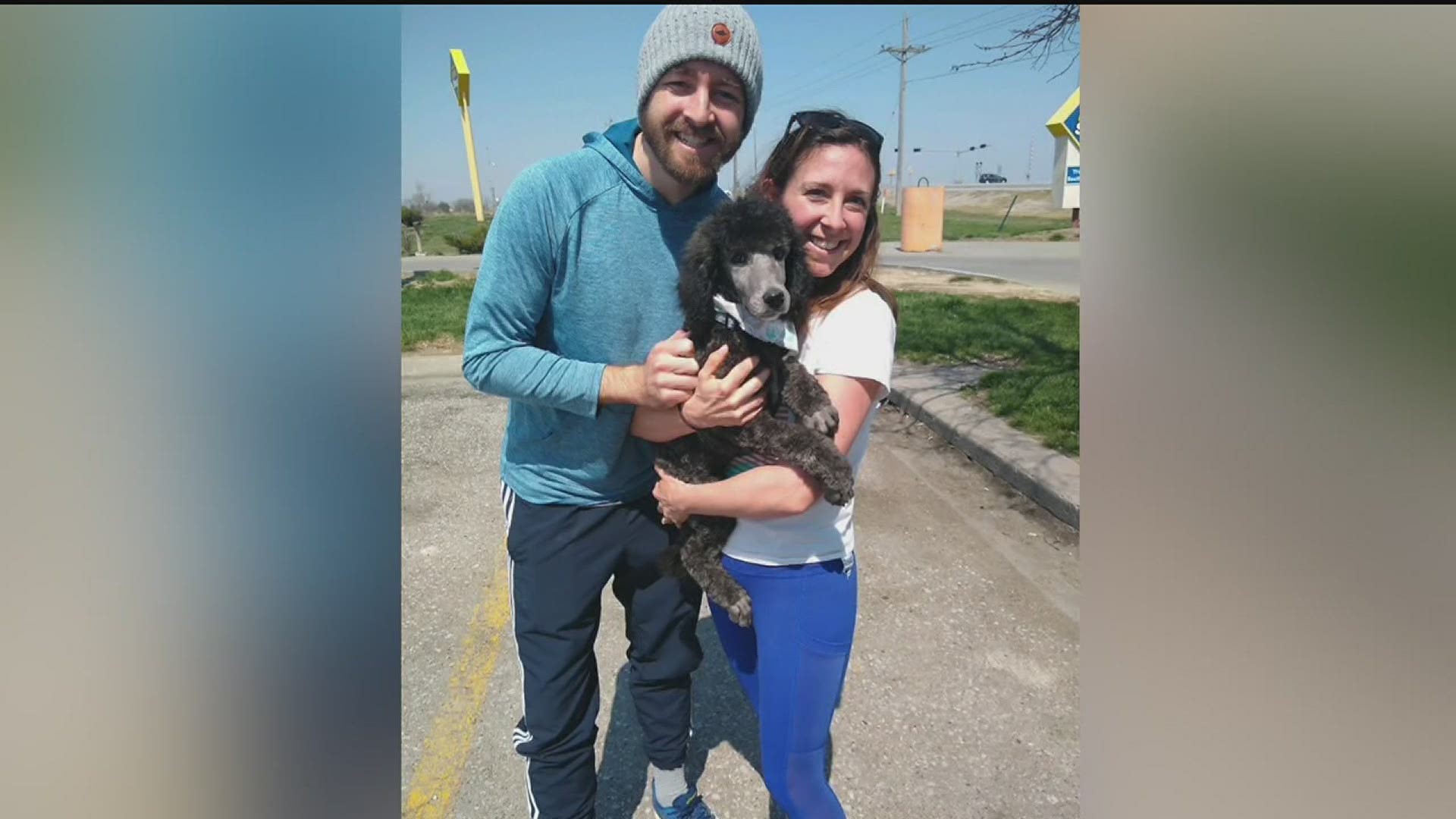 ROCK ISLAND, Illinois — They met at Daytrotters, a music venue in Davenport.

"There was an immediate spark," recalled Maria Ontiveros.

"A mutual friend introduced us. We clicked," said Jack Cullen.

They had their first date two days later and, the rest, as they say, is history.

The couple was going to get married this May, four years to the month they met and started dating.

The wedding was going to be an epic three-day affair, a celebration of their love, and their love for the Quad Cities.

Their guests, 250 friends and family, would have arrived on a Friday night to the Mercado's season opening night. There was going to be a rehearsal dinner on Saturday. For their ceremony, they chose the Black Hawk State Historic site, with the Watch Tower Lodge as their venue, nestled on a hill overlooking Rock River.

They were going to have a food truck, with a local Korean pizza chef making mini carnitas tacos, quesedillas, Maria said. There would be a buffet full of Mexican delectables like elote salads, braised beef and chicken mole, and dishes celebrating native Indian ingredients like corn and squash.

But Maria and Jack are learning during this pandemic the best plan is one you can change.

"We’re having to switch gears now that large gatherings aren’t allowed in IL.

"Actually a lot of cancelleations, a lot of postponements," said Casey Kane of Bright DeSigns, an event planner and the couple's wedding planner.

"All of our Mays and Junes have postponed or cancelled, except for one." she said, adding that a third of her clients have done so, while others with wedding dates in November or December have also started to inquire about alternate plans.

Her advice to all these soon-to-be marrried couples:

"The biggest thing you can do is have a Plan B. Contacting that venue, and just saying, 'Hey what is your postponement strategy? What days do you have open?' and then contacting all your vendors from there."

She said most vendors, and the wedding planning community in the Quad Cities, are typically very good about working the couples to postpone their wedding.

"We're all in this together," she said.

Couples planning to cancel a venue or vendor altogether will likely face cancellation fees, she cautioned.

Every couple is different, and must figure out what is important to them.

For Maria and Jack, that was easy part.

"Our dinner menu…the food," they both laughed. "After we got engaged, food was the first item we figured out. We have been figuring out the menu since 2018!"

There was another moment of reckoning when Governor J.B. Pritzker in his reopeing plan for Illinois hinted that a return to normalcy would not exist until a vaccine or effective treatment materializes.

Maria and Jack thought they should be safe and move their wedding date again. They hatched a Plan C to move the wedding to the spring of 2021. But with the Watch Tower Lodge undergoing renovations for most of next year, that option was shelved and the hopefully-soon-to-be-newlyweds were back to Plan B.

They have kept the caterer, the historic venue. but set a new date.

"We changed it to a Sunday in September," Maria said.

They will decide just how much they'll have to shrink the guest list.

For better or for worse, the lovebirds are waiting to see how social distancing guidelines might change the limits for large gatherings.

They are choosing to be positive.

"With 250 people our families probably wouldn’t have mingled as much. But with 50 our aunts will definitely meet each other. Our uncles will bond," Maria reflected. "I feel like it might be for the better."