Michael the Bettendorf Police Bear has been an honorary officer for a few years. This weekend, he got his first police uniform, size 5XL. 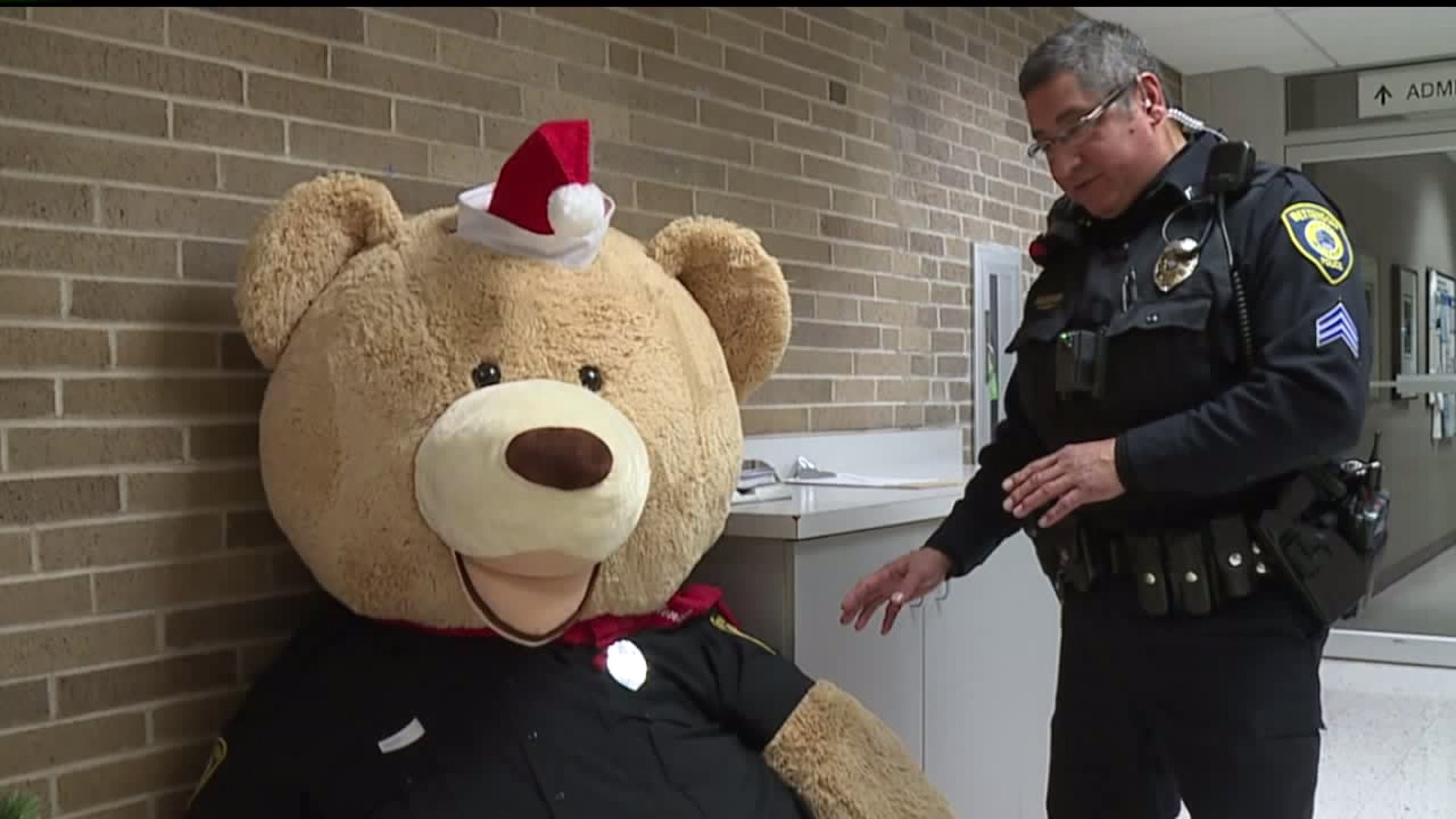 BETTENDORF, Iowa -- He has been an honorary member of the Bettendorf Police Department for a few years now, going out with Bettendorf's Best on toy drives and other city events. Never once complaining about the Iowa winter weather, Michael the Police Bear, has been doing it in his birthday suit. But this weekend, the overstuffed teddy got a new police shirt made just for him.

"As you can see, he’s a rather large, overstuffed bear. We cannot find a police uniform shirt to fit Michael," Sergeant George Ramos shared in a video posted last week on the police department's Facebook page.

"So what we're asking is if any of you out there watching this video, know of anyone or perhaps yourself are able to sew or tailor-make a uniform shirt for Michael the Police Bear, we'd appreciate it if you contact us," he pleaded.

Less than a week later, Sgt. Ramos received a call.

"I received a call from Tonya Copley, whom I’ve known for years, saying she’d be more than happy to try to make one for him. She did just that," he told News 8 on Sunday.

Copley had ordered the biggest police shirt she could find online, size 5XL. Still the shirt wouldn't fit when she and her friend came to the station to try to put it on Michael.

After lots of tugging and pulling, they got the shirt over the bear's giant paws. But his belly was exposed.

"You should just cut up the back and put it on. Nobody will see the back," she suggested.

So they did, allowing Michael the Bear to have his shirt properly buttoned.

Copley sewed on BPD patches on both arms. He will get a real cloth badge and name tag soon, but for now, Officer Michael Police Bear is ready to report for duty.

A couple of kids have already come in to the station for big bear hugs with Michael in his new uniform, as they came in with their parents to "select" seniors from the police department's Senior Angel tree to bring gifts to this holiday season.

"Whenever kids come in, they hug on him, love on him, get pictures with him and things. He is here throughout the holiday season," Sgt. Ramos said, adding that Michael helps the department form positive bonds with local children.

The new shirt came just in time for him to take Michael out on the department's annual Pack-A-Police Car Toy Drive on Saturday, December 7.