The new headstone was erected at Davenport City Cemetery, the oldest in Scott County 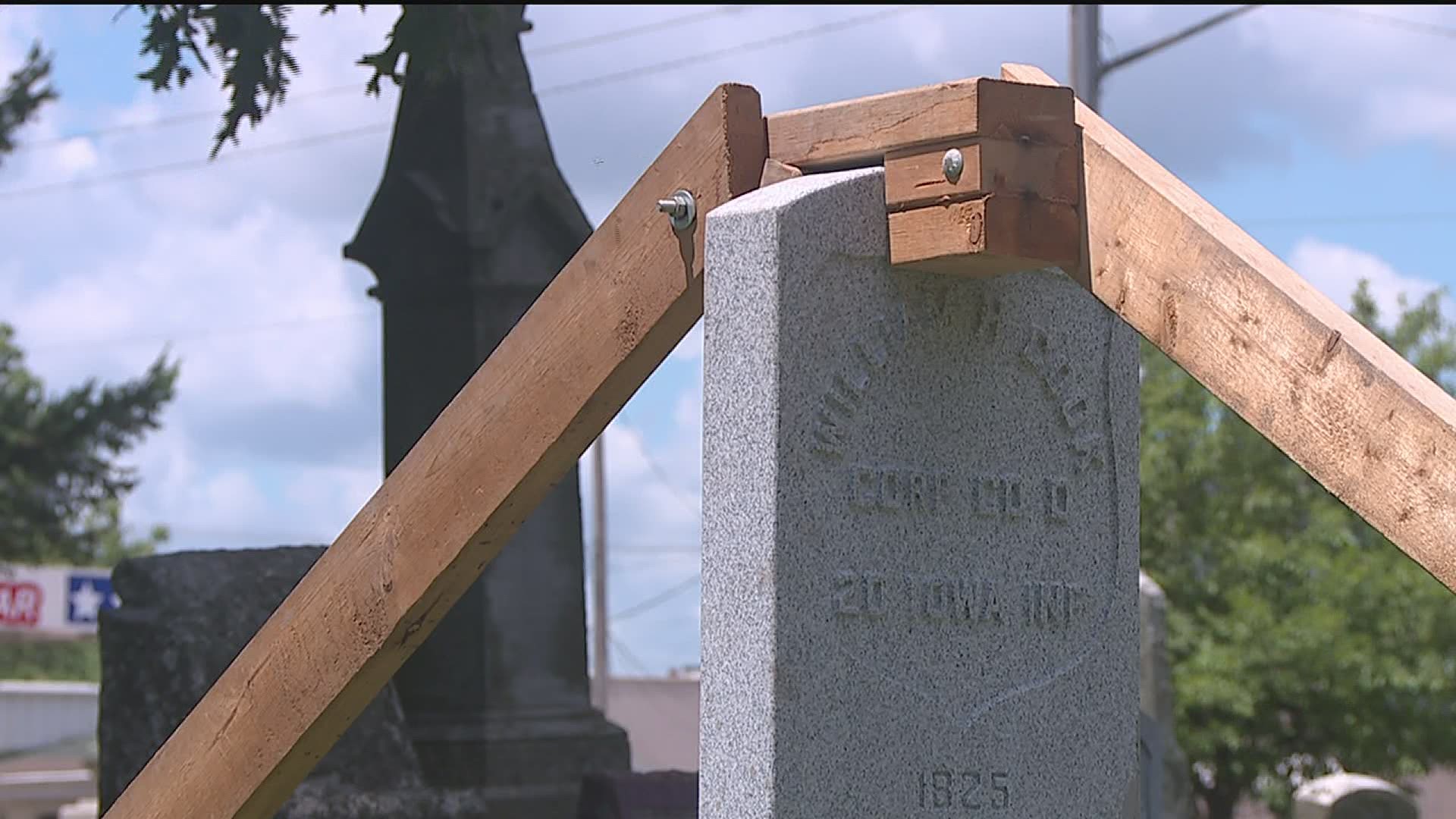 DAVENPORT, Iowa — An Iowa Civil War veteran has a new headstone at Davenport City Cemetery, thanks to the efforts of a local veterans group.

More than a dozen members of the Excelon Militaries Actively Connected (EMAQ), Quad Cities Chapter honored the memory of William H. Cook, who served in the 20th regiment of the Iowa Infantry.

The volunteers also set some new foundations for other grave markers at the cemetery and cleaned 15-20 headstones.

"That sounds simple, but there's actually a whole process that we have to go through with safe chemicals," said Davenport City Cemetery Partnership member Natalie Woodhurst. "It does take time, but we had a lot of extra hands today."