YOUR HEALTH: Very real ways to deal with “phantom” pains

Surgeons are now performing a procedure during an amputation that can help lessen the impact of “phantom pains” in patients. 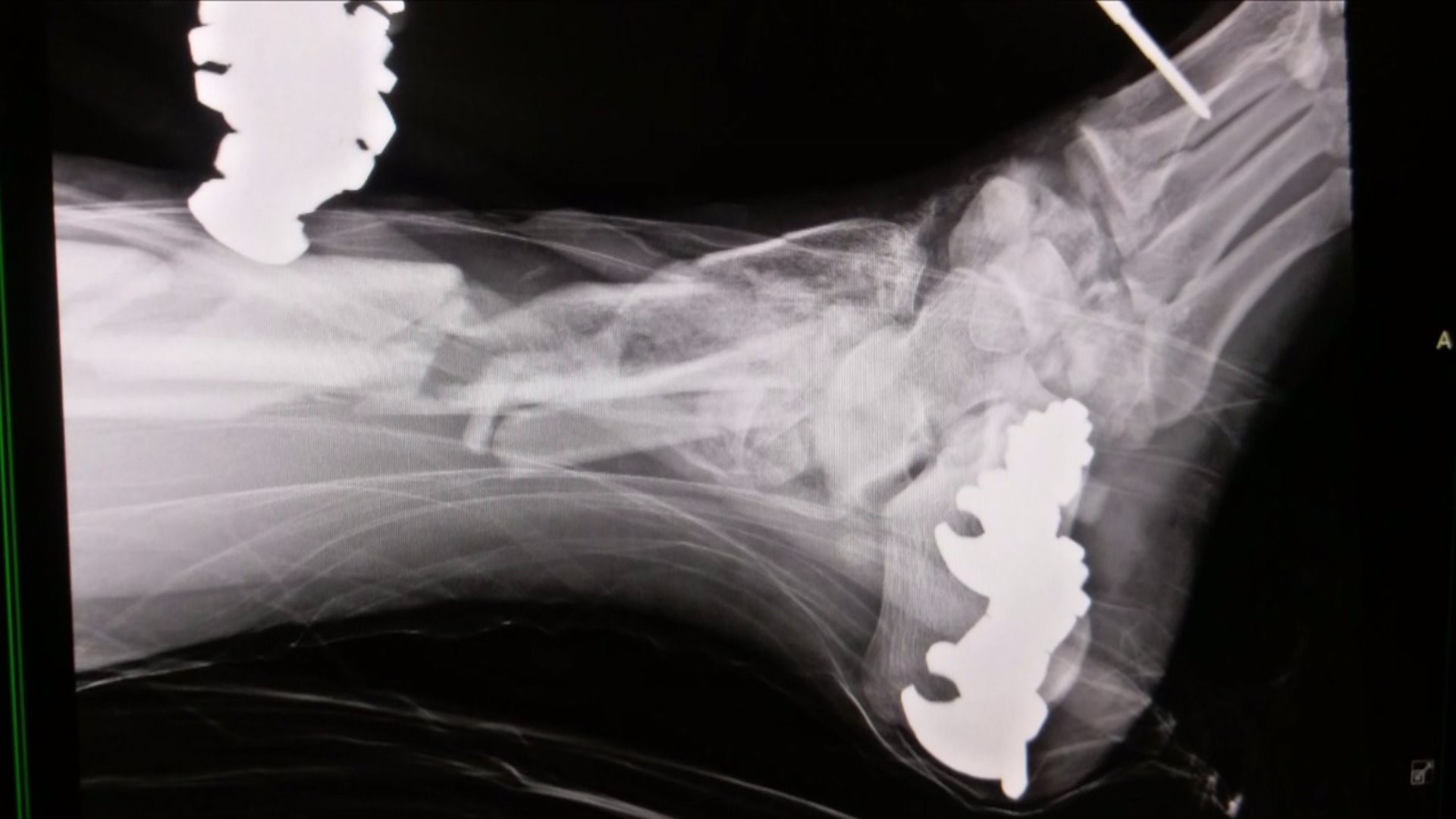 Just four days before her college graduation she was driving her car back to school when a large piece of debris was suddenly on the roadway.

"Even though I know you aren't supposed to, I swerved to avoid it and hit another car head on."

The impact crushed Emilee's right foot between the ankle and toes.

Emilee made the decision to have doctors amputate.

During the surgery, Dr. Ian Valerio also performed another procedure designed to eliminate stump pain and phantom limb pain: the feeling of pain in a limb that is no longer there.

Dr. Valerio is pioneering the use of primary targeted muscle reinnervation or T-M-R, rerouting the nerves that are cut during amputation into surrounding muscle, lessening the pain.

"By hooking the peripheral nerve up to the motor nerve, it sends new signals as the nerve regrows, thus reinnervating the muscle," explained Dr. Valerio, a plastic and reconstructive surgeon with the Ohio State University's Wexner Medical Center.

One week after her amputation, Emilee's college held a graduation ceremony for her in the hospital.

"It has not stopped me from doing anything I want," she said.

"If I have to figure out a different way to do it, I do."

TREATMENT:   Post-amputation pain is a common condition that can be difficult to treat.   Some drugs can be prescribed as a help to relieve pain.  Not all drugs work for everyone, so doctors often add non-invasive therapies, such as acupuncture, mirror box, repetitive transcranial magnetic stimulation (rTMS), or spinal cord stimulation.   More invasive treatments may include injections or implanted devices, but surgery is the last option. Surgery involves brain stimulation. If pain remains after surgery, home remedies may include looking for distractions, staying physically active, taking medications, finding ways to relax, and seeking support from other people.

Dr. Valerio and his colleagues say TMR was traditionally performed months or years after the amputation.

Dr. Valerio says when TMR is done at the same time, most patients will be off pain medication within three months.

It's not the only method being tested to treat phantom pains.

The patient puts goggles and a glove on while small electrodes are attached to the residual limb.  The computer program stimulates the limb with very small electrical impulses in order to act as the person's intact limb, this way it looks like there hasn't been an amputation.

The goggles trick the patient's brain into thinking that it is still in control of the missing limb, therefore easing the phantom limb pain.