YOUR HEALTH: Using a leukemia drug once thought to be too dangerous

SEATTLE, Washington – When doctors told Michelle Yim-Karpan she had AML, a form of leukemia, she knew only 27% of patients live five years after diagnosis. Chem... 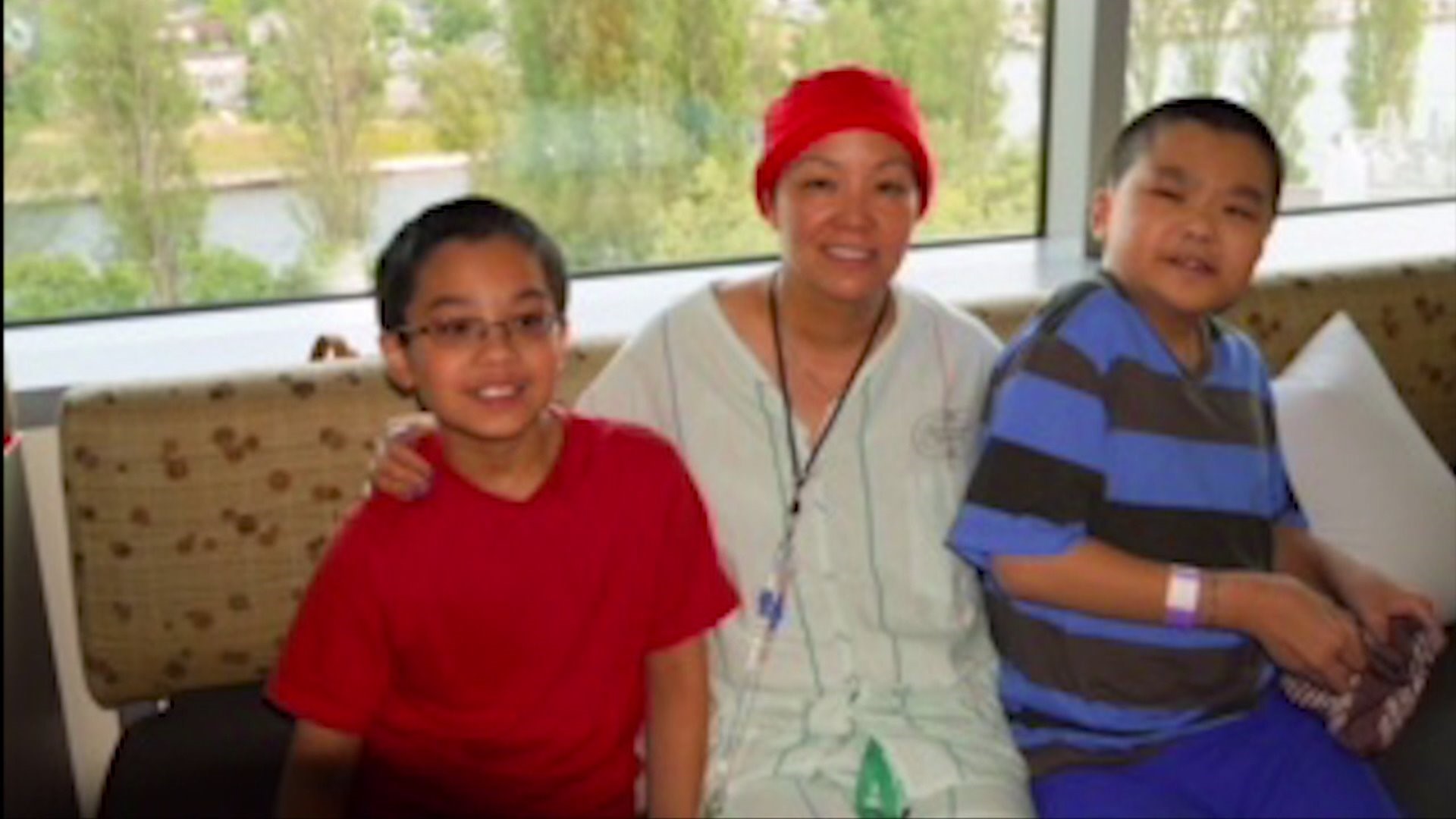 SEATTLE, Washington – When doctors told Michelle Yim-Karpan she had AML, a form of leukemia, she knew only 27% of patients live five years after diagnosis.

Chemo treatments had her in and out of remission.

Then, in 2014, she was able to get Mylotarg and has been disease-free ever since.

Dr. Irwin Bernstein developed the antibody that delivered a highly toxic drug to the protein CD-33, found on leukemia cells.
He watched it get rapid FDA approval, then be taken off the market ten years later.

"We were convinced it really worked and it was probably a matter of time and it was a matter the economics and the companies; something that we can't control. but fortunately, the data was good enough and it came back," said Dr. Bernstein, a professor at the University of Washington's Fred Hutchinson Cancer Research Center.

This means that the protein of interest is present in the tumor.

"If it's not expressed, there's no place for Mylotarg to bind to, thus no effect," explained Dr. Meshinchi.

"As for many other targeted drugs," said Dr. Bernstein, "we're learning how to use this better and better and we'll give it to the right people and anticipate more effective results."

The genetic test to see if CD33-positive AML patients are likely to respond to Mylotarg is widely available and can show results in as little as four hours.

It's allowing Michelle to look ahead with more confidence.

TREATMENT OPTIONS:   As in most cancer care, doctors work together to create a patient`s overall treatment plan that combines different types of treatments, or a multidisciplinary team.  They may work with physicians, oncology nurses, social workers, pharmacists, dietitians, counselors etc.  Most common treatment options depend on several factors, including the subtype, morphology, and cytogenetics of AML, as well as possible side effects, and the patient`s preferences and overall health. Intensive chemotherapy may be an option, including being given via intravenous tube, injection, pill/capsule, or a subcutaneous injection.  Targeted therapy may also be used, as well as radiation therapy.   (Source: https://www.cancer.net/cancer-types/leukemia-acute-myeloid-aml/treatment-options)

Mylotarg is approved for kids as young as two.   It`s given along with standard chemotherapy drugs, usually after most leukemia cells have been cleared from the bloodstream.