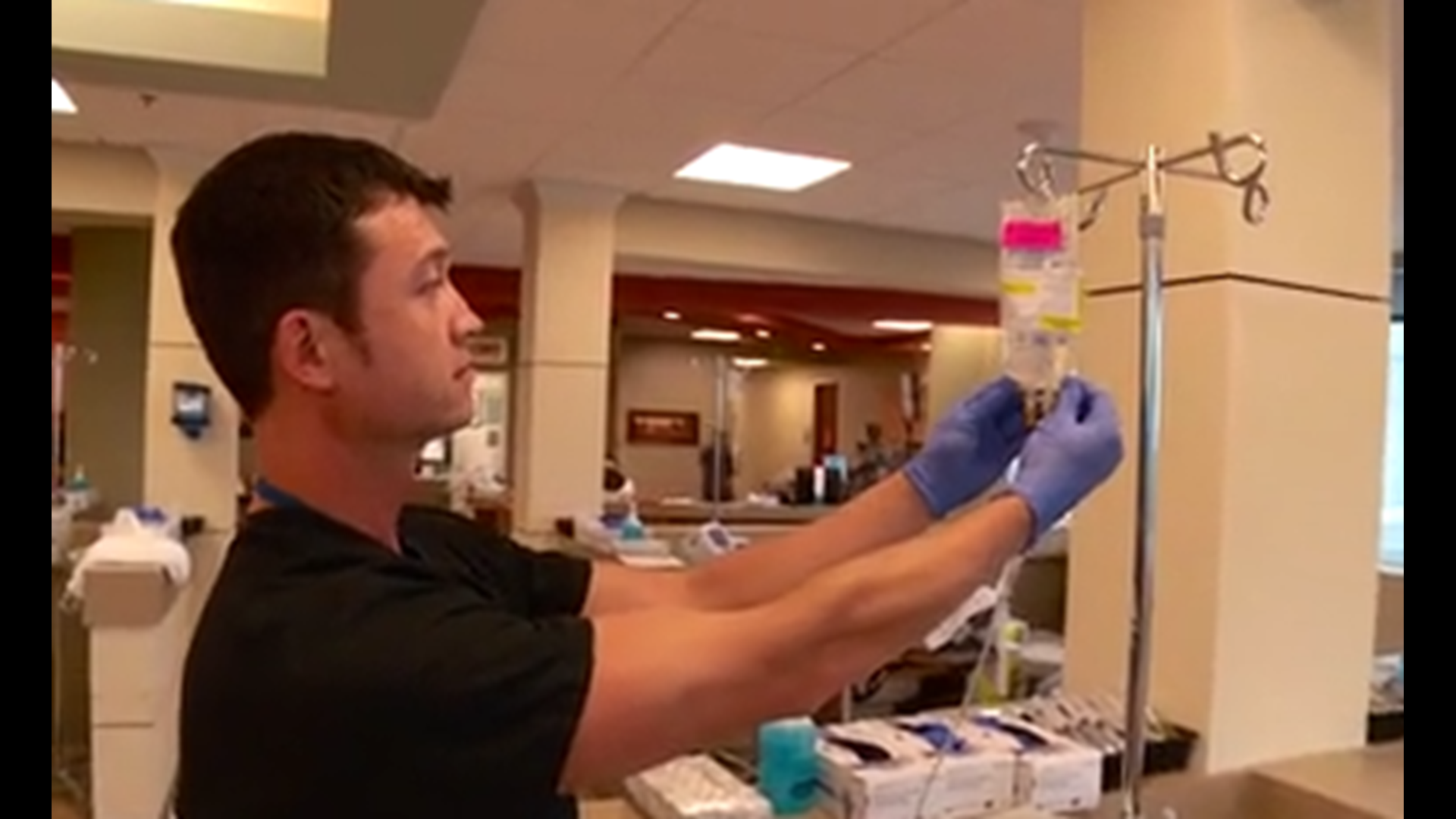 NEW HAVEN, Conn. — More than 200,000 people a year in the United States are diagnosed with non-small cell lung cancers, which make up about 80% of all lung cancers.

The results of a phase-three clinical trial shows one immunotherapy drug is improving survival rates.

"There was 40 plus percent improvement in survival in those patients who got the immunotherapy, the atezolizumab, versus the chemotherapy," said Yale Cancer Center medical oncologist Dr. Roy Herbst.

Atezolizumab, also called MPDL-3280 or Tecentriq, is an inhibitor that targets PDL1 and reactivates the immune system.

Drug trials showed that drug was active in a number of tumor types, including lung cancer.

"We also had biopsies and took tissue and samples from patients and understood a bit about the mechanism," explained Dr. Herbst.

"So, we developed a biomarker and knew that patients with a high level of a certain protein called PDL1 happened to do better when treated with this drug."

Lung cancer is the third most common cancer in the United States.

Researchers conducted a randomized trial comparing atezolizumab to chemotherapy in a group of patients that had high levels of the immune marker.

The patients on drug survived an average of 20 months, as compared with 13 months for those on chemotherapy.

Dr. Herbst, who authored the study, says the drug was well-tolerated by patients and could signal a change in treatment options for non-small cell lung cancer patients.

"Now in those patients, they don't have to get chemotherapy with all the side effects of chemotherapy."