YOUR HEALTH: Predicting a premature birth well ahead of time

A simple new test for pregnant women can predict who will deliver early and who will not. 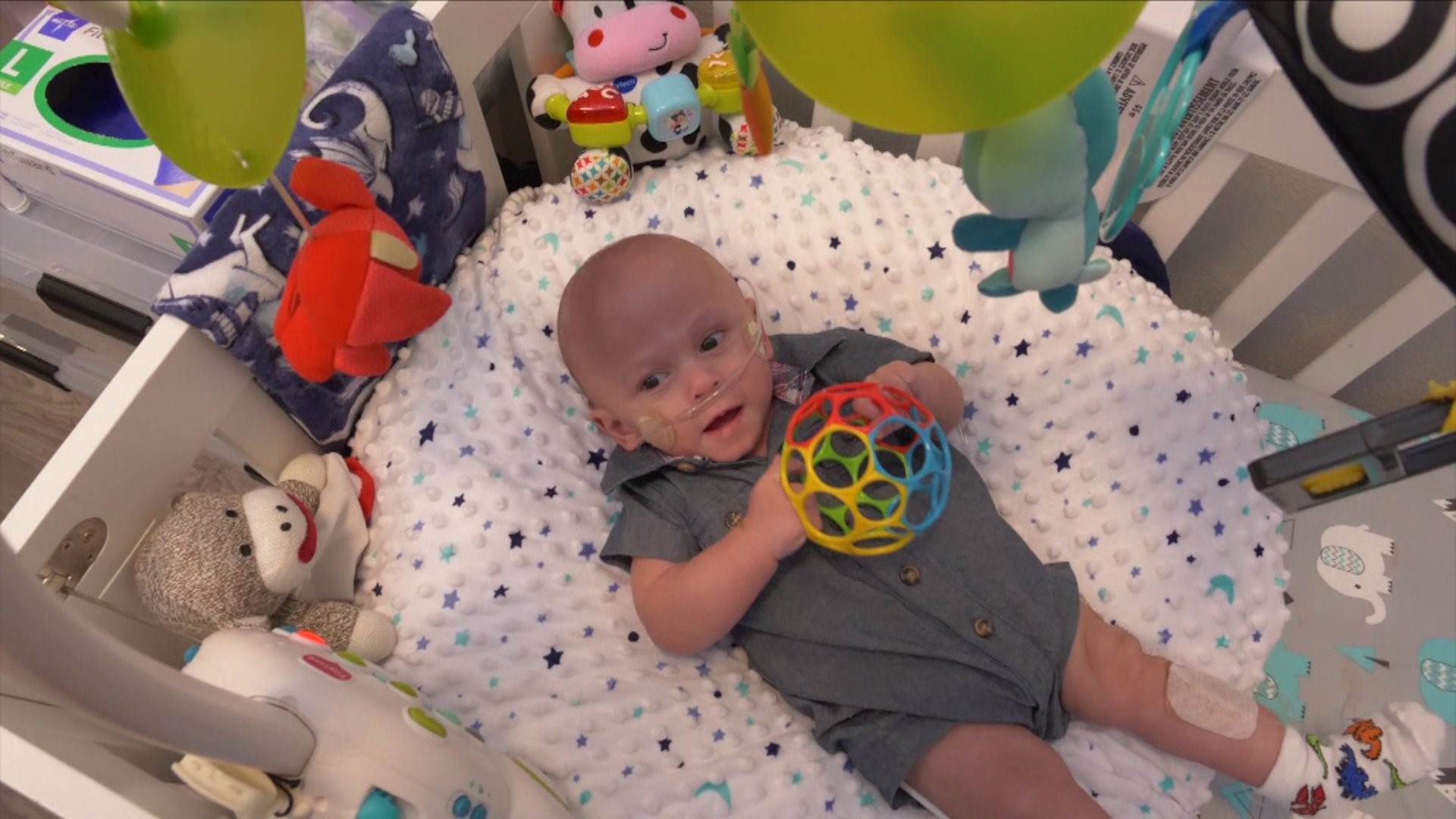 PALO ALTO, California – Preemies, some born at just 20 or 21 weeks, are surviving and thriving.   But parents and doctors would like to have any warning if a baby is likely to be born before 37 weeks.

You could say Haven and his mom are both heroes.

"I tell people this is like a war zone, only this time it's not my life on the line, it's my little innocent child's," explained Amanda Smith, Haven's mother.

He weighed just nine-tenths of a pound.

"It's about the size of Coke can."

Haven is one of 450,000 babies in the U.S. born prematurely each year.  For two-thirds of those deliveries, no one knows why.

When a baby is born more than three weeks earlier than the predicted due date, that baby is called "premature."

"When people think about what tools an obstetrician has right now to look at a pregnancy, it's ultrasound and that's it," explained Stanford Bioengineering PhD student Mira Moufarrej.

Now, bioengineers at Stanford have developed a blood test that detects with 80% accuracy who will deliver early.

That's something an ultrasound can't do.

"It tells you more about what's going on in the process of building a baby and what might go wrong," said Moufarrej.

The test looks at RNA molecules found in the mother's blood.

"Looking at those seven types of RNA molecules, they're higher in women who deliver preterm than full-term," Moufarrej. said.

The team hopes doctors will then be able to start treatments that will delay delivery.

Haven spent the first 241 days of his life in the hospital, has had seven surgeries since birth, he's on oxygen and takes 18 syringes of medication daily.

But as his mom says, he's a fighter.

"I get to watch you stand up, smile, and give people hope."

In low resource settings, a test to predict time to delivery has tremendous potential to impact women's health particularly for disadvantage women with limited access to hospitals.

The first one predicts gestational age similar to ultrasound, but it does it in the second and the third trimester as opposed to the first.

"So, for women who live far away from the clinic or women who don't know they're pregnant until later in life, this serves as a complement and a substitute whereas in the past there was no substitute to ultrasound," said Moufarrej.

Because a blood test is cheap and easy to use, it has the potential to complement ultrasound and expand access to good prenatal care.

If this has impacted your life or prompted you or someone you know to seek or change treatments, please let us know by contacting Jim Mertens at jim.mertens@wqad.com or Marjorie Bekaert Thomas at mthomas@ivanhoe.com.