YOUR HEALTH: Transplants that are saving children's lives 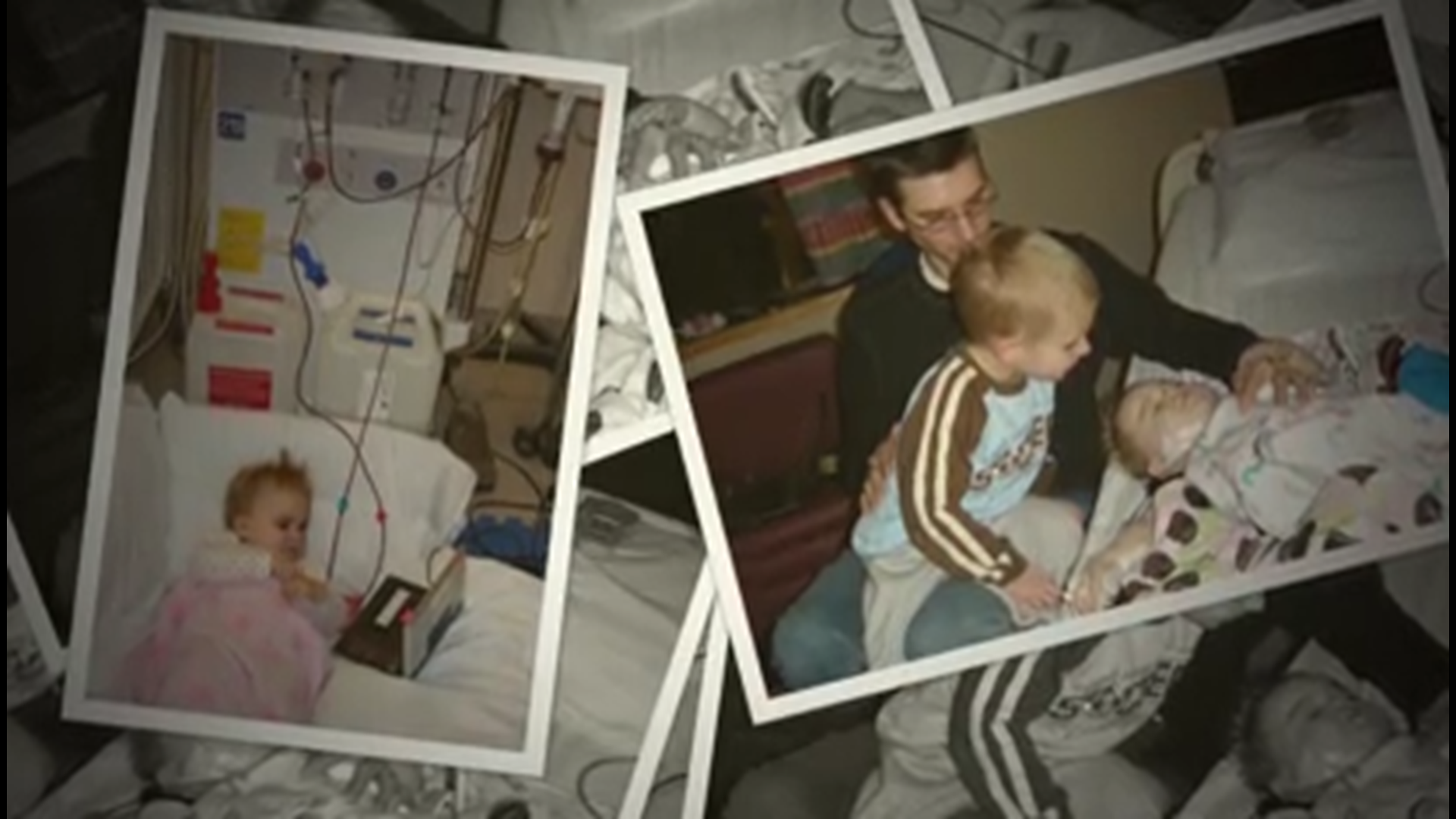 DENVER — Each year, one out of five infants and one out of ten children die every year waiting for a liver.

Now, new breakthroughs are helping more children get the lifesaving liver they so desperately need.

Centeria Barron was just eight years old when she needed a liver transplant.

"At times when I look at my scar, I'm like, I got another person's liver in me."

The surgeon who gave her that liver has performed more than 500 pediatric liver transplants.

Rocky Mountain Hospital for Children pediatric liver surgeon Dr. Thomas Heffron was on the first team in the country to perform a living donor liver transplant in a child using just a sliver of her mother's liver to save the little girl's life.

"I have seen a lot of change and it's gotten better," he said.

Now he's perfecting transplants between a living donor and recipient who are not a match.

"People don't mount antibodies against the wrong blood type in the liver."

They believe the younger the child has the transplant, the more likely their body will recognize the organ as its own.

"Our goal is to really give that child the ability to live a completely normal life," said pediatric transplant hepatologist Dr. Amber Hildreth.

And that's exactly what Claire Skinner is hoping for.

At just two months old, her liver and kidney shut down.

"She needed to get big enough to be able to get two organs inside her belly," explained Claire's mother Natalie.

At two, Claire received her transplants.

She takes ten pills a day, getting that number down would be life changing for her and for people like Centeria…

"I want to help other kids who have transplants, then when they have to go out in the real world and become teenagers, it's a whole different ball game," she said.

New protocols are also being put into effect.

Previously, if a child died and their parents donated their liver, that liver would not necessarily go to another child.

Now, a new rule has been passed that if a child dies, their liver is offered nationwide to pediatric patients waiting for a liver before going to an adult on the liver transplant waiting list.