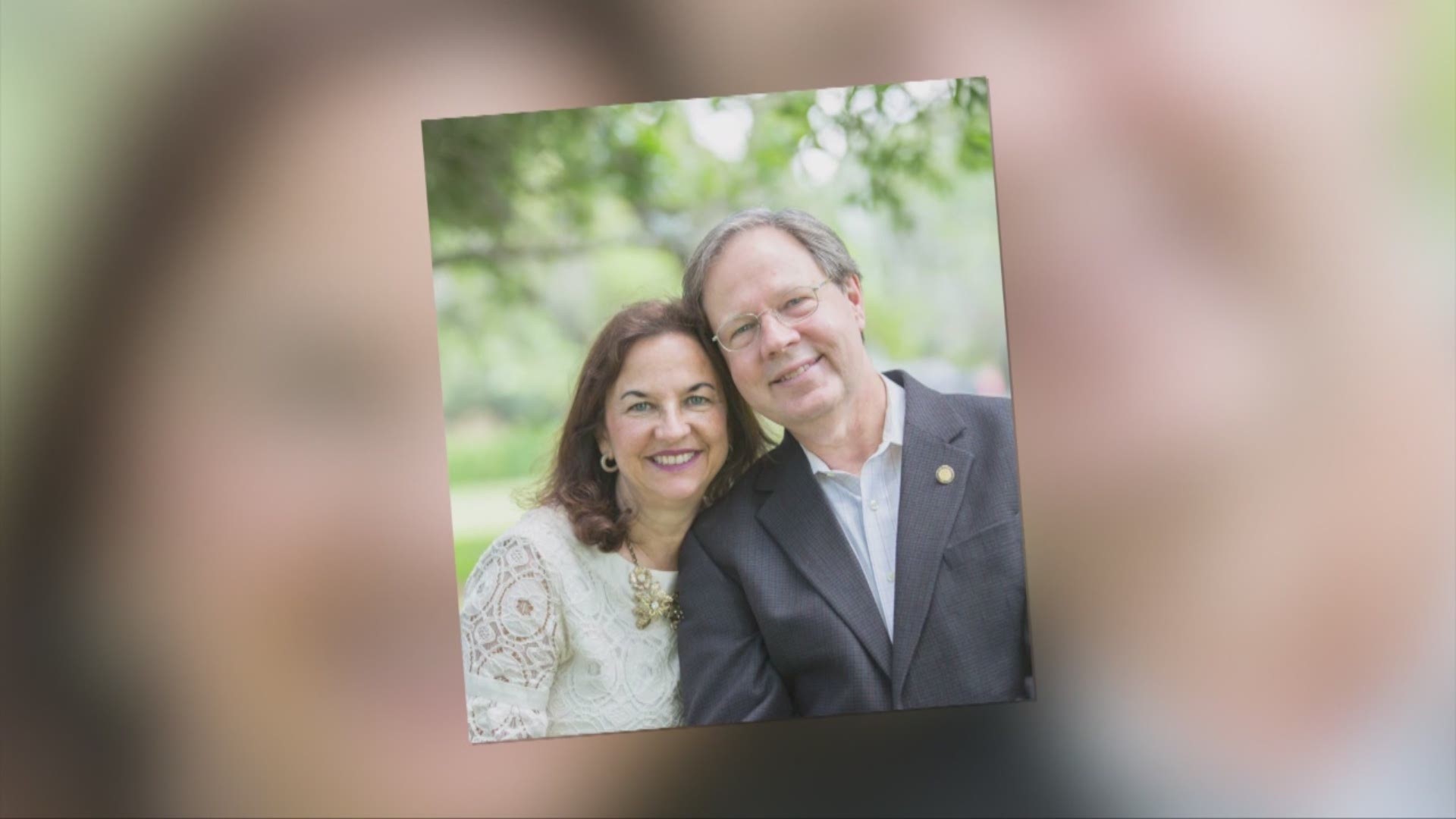 APOPKA, Fla. — For years, scientists who study Alzheimer's disease have acknowledged an increase in seizures in patients but they didn't focus much attention on them.

New information on the frequency and timing of seizures may give researchers more insight into how the disease can progress.

Scott and Susie Plakon had what Scott calls a fairytale marriage.

But after three decades and six children, the Plakons were dealt a crushing blow: doctors diagnosed Susie with Alzheimer's.

"For several years I couldn't even tell my kids they were going to lose their mom in three to five years, because Alzheimer's is fatal 100 percent of the time," Scott remembered.

He scaled back his legislative duties to care for Susie until her death in 2018.

He said he initially had no idea what Susie would face including sudden, dangerous falls.

"I found her lying on her side in a seizure state in a pool of blood coming from her head, and I didn't know what it was."

"What can happen in the patients with Alzheimer's disease is essentially a change in the structure of their brain," explained Dr. Rosemary Laird, medical director of Advent Health Maturing Minds Clinic in Florida.

Those brain and nerve cell changes can lead to seizures.

Now, a study of 300,000 U.S. veterans over the age of 55 showed seizures were associated with twice the risk for developing dementia between one and nine years later.

Dr. Laird was not involved in the newest research, but said at the very least clinicians need to carefully treat seizures and prepare caregivers.

"If the seizures are active enough and disruptive enough or put them at risk to get hurt, you have to kind of prioritize to that," she said.

"That's what I'm looking forward to that day."

According to Dr. Laird: