A little cowboy was saved by a groundbreaking new therapy 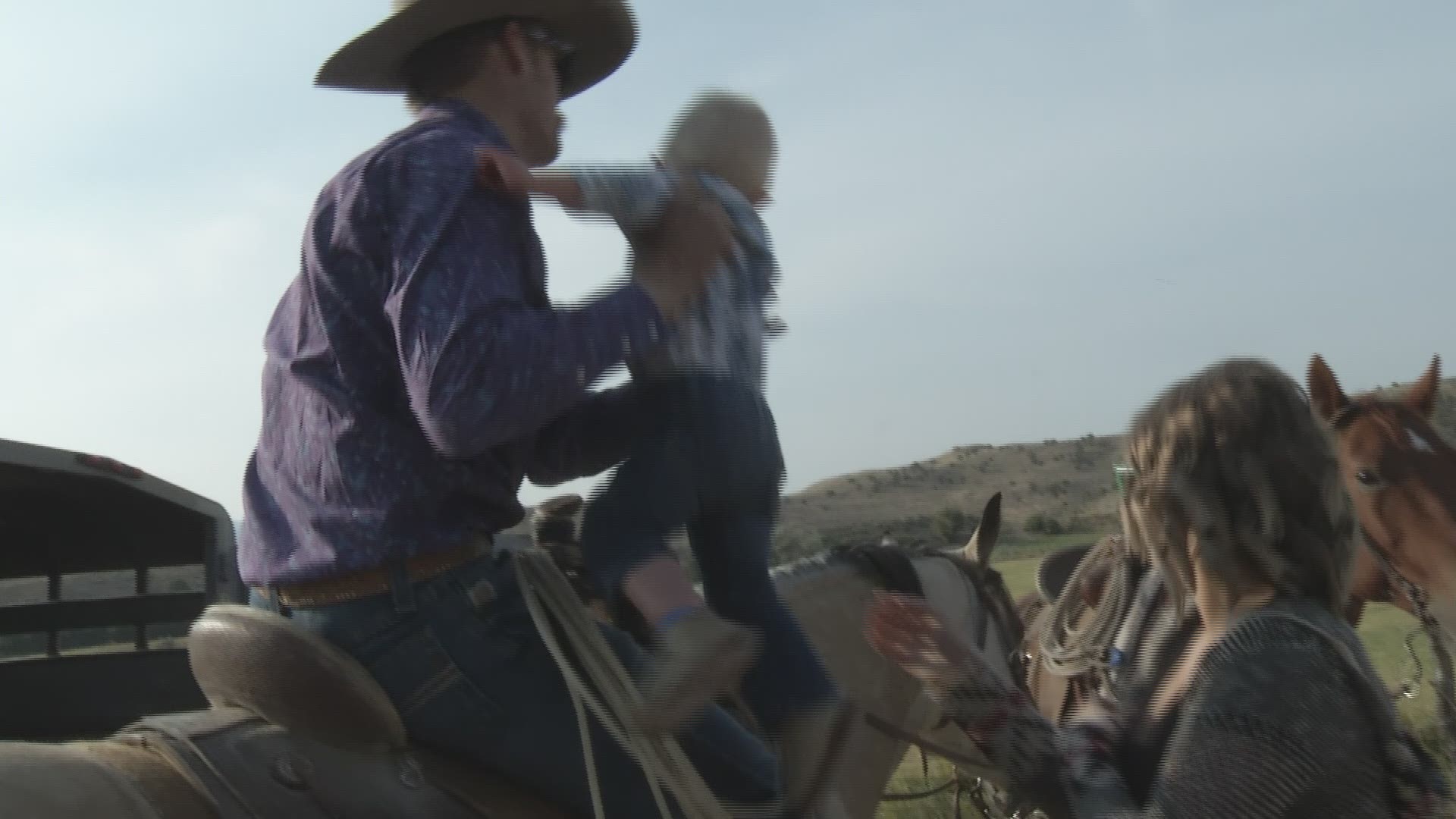 The little boy got cutting edge gene therapy that replaced disease-causing genes with healthy ones.

It can knock out a gene that's not working right, or add a new gene to the body to help fight disease.

"He loves the dog and the horses and the cows," says Alex Wight about his son.

No doubt about it, Cinch Wight is going to be a cowboy just like his dad.

To date, the FDA has approved four types of gene therapy including one that was given approval just in time for Cinch.

"That was the first time I'd ever even heard the term and what it was," said Cinch's mother, Amber.

"It was very scary."

SMA is a neuromuscular disorder that can paralyze a baby in the first few weeks of life.

"My first thought was, he's never going to be able to ride broncs or anything like that," Alex remembered.

Just one day after Cinch was born, the FDA approved a new gene therapy.

"We were pretty excited to get a phone call from the Department of Health, you know, and have this baby here who we can use this treatment on after its approval," recalled Dr. Russell Butterfield, pediatric neurologist with the University of Utah Health's Intermountain Primary Children's Hospital.

A critical gene in little Cinch was missing.

Dr. Butterfield used an infusion to deliver a virus carrying a new copy of the gene into Cinch's nerve cells.

"It's like a delivery truck to deliver genes to where you want them to go," he explained.

"What that does do, is it stops the disease right where it is."

Just a few years ago, most children born with SMA didn't make it to their second birthday.

"The hardest is holding a baby in one hand and holding that drug in the other and really feeling the weight of that," said Dr. Butterfield.

"And understanding that how different this child's life will be with this new medicine."

Alex Wight has written an inspirational book about his son.

Some might say it's a true story about how real cowboys never give up.

"I wanted to let him know that no matter how hard it gets, as long as he keeps going, he'll be all right," said Alex.

You can find the book, "A Cowboy and his Horse", at amazon.com.

Doctors don't know if the one-time infusion will last a lifetime or will have to be repeated and there could be a possible risk of inflammation to the liver that doctors will closely monitor.

Insurance paid for most of it but Alex hopes sales from his children's book will help pay the rest.