YOUR HEALTH: Giving some extra time for deadly brain cancers

A new treatment is pushing back cancer recurrence 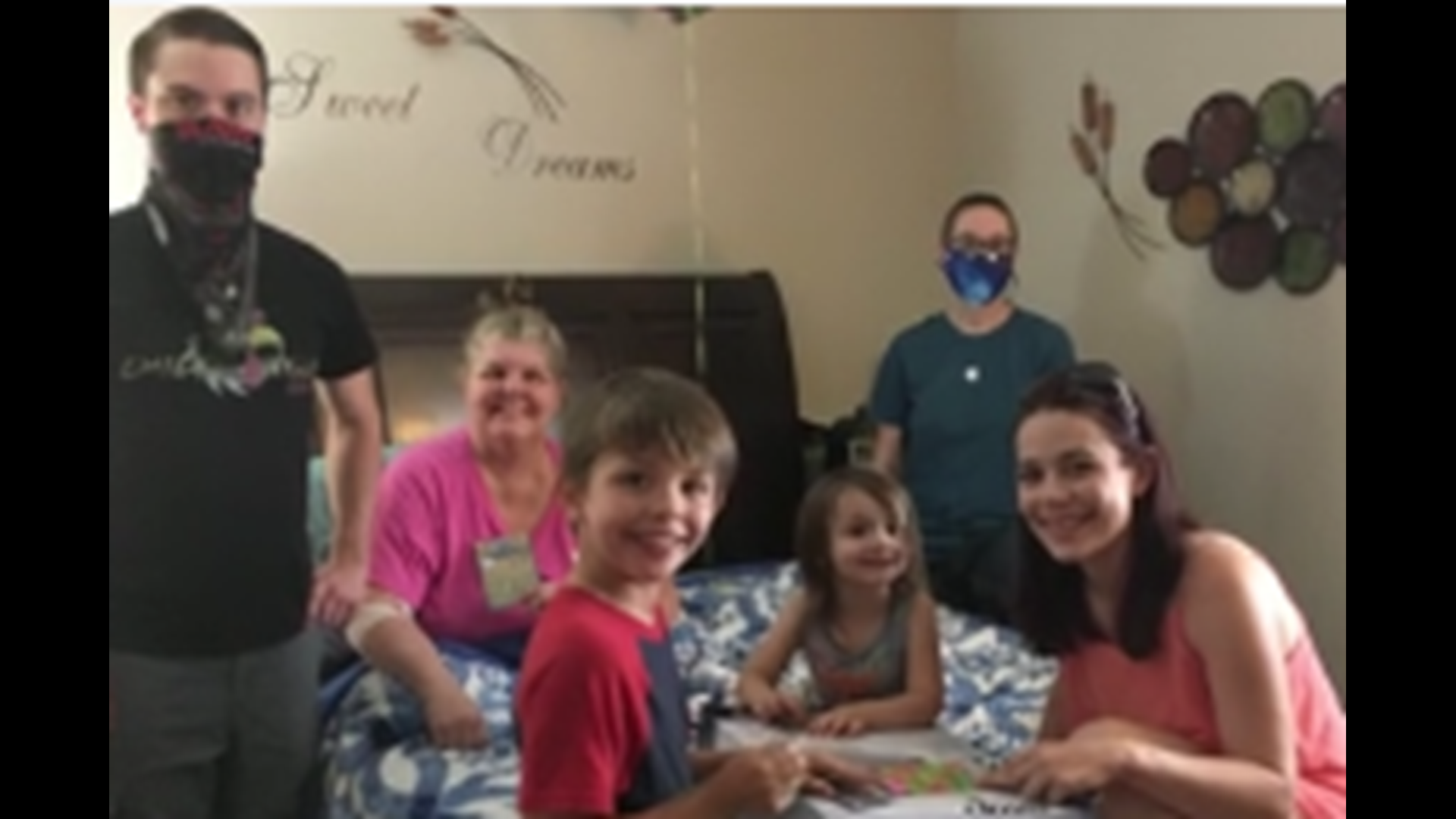 CINCINNATI — Zola Lamp survived two cancer battles, only to learn her dizzy spells were caused by a third.

And she's still recovering from brain surgery to remove a cancerous tumor.

"Smaller than a golf ball, larger than a nickel. That was probably about that big."

This was Zola's third cancer diagnosis since 2018.

In just those two years, she's been treated for colon cancer and rectal cancer.

Then just a few months ago the tumor in her brain.

After surgery, it came back again.

"It was heart wrenching because it kind of felt like, where's my hail Mary, you know, where is my hail Mary?"

Adenocarcinoma in the brain is most often a cancer that has started in the lungs or the colon and spread.

It is an aggressive, relentless disease.

For Zola, a "Hail Mary" would be just a few more years to watch her eight-year-old grandson, Drake, grow up.

Now, a cutting-edge treatment is delaying progression of the disease for some.

After surgeons remove the tumor, they implant tiny squares or radioactive tiles called GammaTiles at the site.

"These wafers have the radiation seeds embedded in them, so those radiation seeds then emit radiation into that cavity, you know, starting immediately after surgery," explained Dr. Vincent DiNapoli, a neurosurgeon at Cincinnati's Mayfield Brain and Spine Center.

The seeds show up as tiny, bright lights on a brain scan.

90% of the radiation is delivered within a month, then the tile dissolves and is absorbed by the body.

The GammaTile therapy isn't a cure but it does give patients quality of life.

And the gift of precious time.

"They generally say that when you get cancer, you got this one to five years. Right?," asked Zola.

"Well, it's been two years for me, and I want my five years."

Find doctors using the GammaTile Therapy, including an Illinois location, by clicking here.

An estimated 700,000 people in the United States are currently living with a primary brain tumor and more than 87,000 people will be diagnosed in 2020.

Meningiomas are the most commonly occurring primary non-malignant brain tumors. Just under 26,000 will be malignant.

Glioblastoma is the most commonly occurring primary malignant brain tumor.

The FDA granted GammaTile therapy regulatory clearance for the treatment of recurrent brain tumors in 2018, but in January of 2020, the FDA expanded the indications to allow patients with newly diagnosed cancerous tumors to receive GammaTile therapy.

Brain tumors can be deadly, greatly impact quality of life, and change everything for a patient and their loved ones.

The average survival rate for all malignant brain tumor patients is only 36%.

The rates vary by age and tumor type, generally decreasing with age.