YOUR HEALTH: Using scorpions for our arthritis 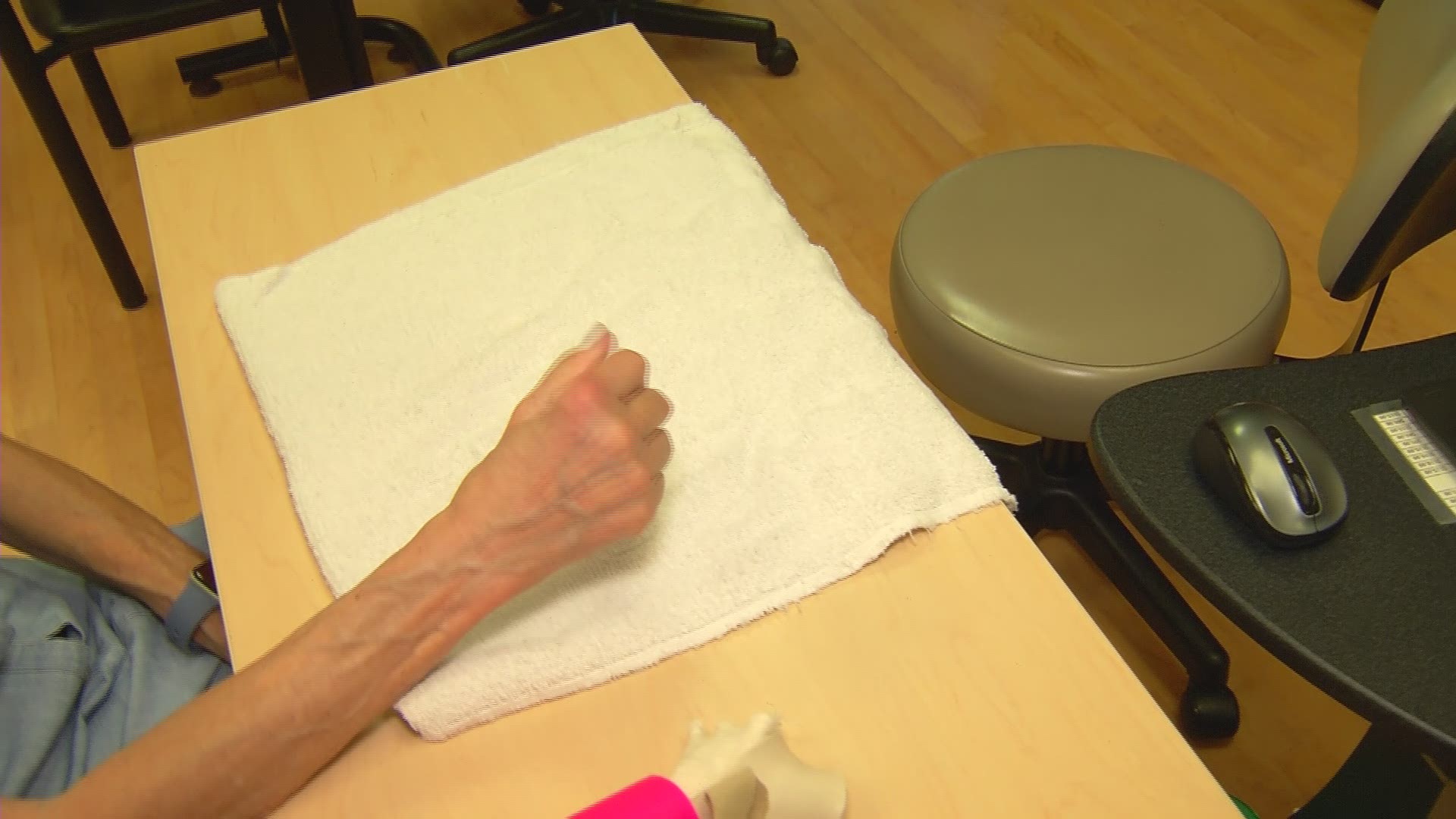 Arthritis is tough on your joints, but the treatment used to control it could be even tougher.

"Currently in a lot of arthritis diseases, patients are given steroids,' said Natalie Nairn, Vice President of CDP Therapeutics.

"But they have to be given very sparingly because of the strong toxic side effects they can have."

The effects can include hypertension, glaucoma, osteoporosis, and even immune suppression which can leave patients vulnerable to infections.

Patients take a dose of steroids either orally or by injection.

"It hits both the joint that you want, but everything else along the way," explained Dennis Miller, Executive Vice President of Development at Blaze Bioscience.

54 million Americans suffer with arthritis.  It is the second leading cause of disability in the United States.

Now, researchers have found a protein in scorpion venom that can deliver drugs directly to cartilage in the affected joint.

"This can be an excellent way to deliver drugs to inflamed joints of arthritis and get them concentrated where they need to be and help them avoid other tissues we don't need them to be in," said Nairn.

They linked these mini proteins with steroids to reverse inflammation using rats with arthritis.

They found the drugs concentrated in the joints, potentially avoiding the body-wide toxicities and infection risks caused by non-targeted steroid treatment.

"In our top doses, all the animals were showing much less inflammation in their joints," said Miller.

He said there were fewer side effects.

"Steroids like to go everywhere in the body except where they're needed most," Dr. Jim Olson, a member of the Clinical Research Division at Fred Hutchinson Cancer Research Center and founder of Blaze Biosciences said.

"We think that steroids have important potential as a candidate for clinical development and we're actively exploring other payloads that could be delivered to the joints," he added.

This isn't the first time the team used scorpion venom for medical purposes.

Researchers found that another protein found in scorpion venom can bind to cancer cells, helping doctors to spot them more easily during surgery.

But arthritis patients may see some lasting help.

"What this could actually provide patients with is a good long-term solution to produce anti-inflammatory effects," said Miller.

And do more than just alleviate arthritic symptoms.

"The long-term goal is to deliver molecules that go beyond controlling arthritis to actually reversing it," said Dr. Olson.