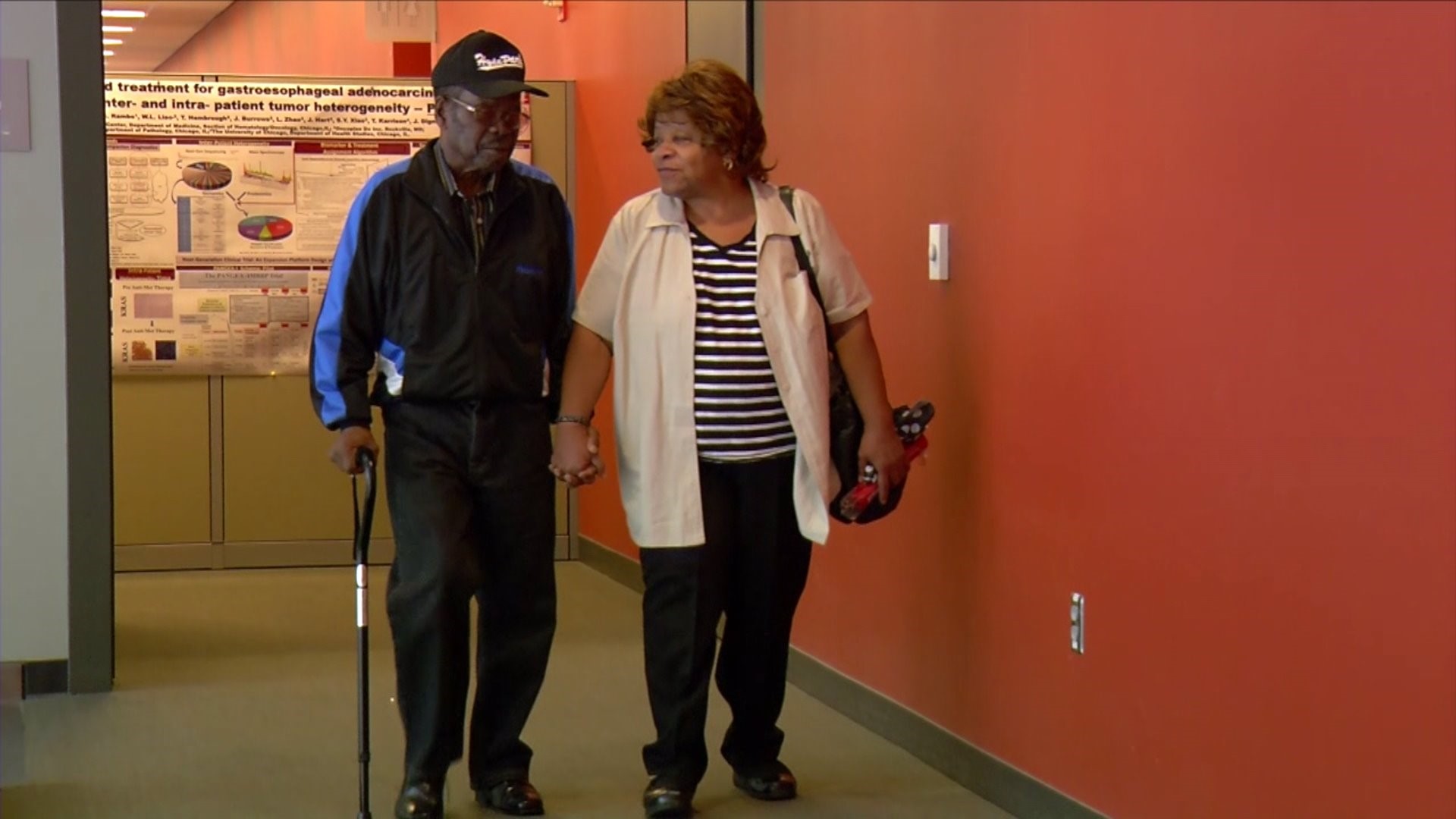 CHICAGO, Illinois – Prostate cancer, like all diseases, are more easily treated when caught early.  But that's not always what happens.

Now there are treatments, with Illinois roots, giving men with advanced prostate cancer some new options.

He has been battling prostate cancer for the past nine years.   At first, the cancer was slow-growing, but by 2011, his disease took a turn.

"At that time, it started to spread, spread to the bones," said his wife, Austine Stuart.

That's when the Stuarts found Dr. Akash Patnaik of the University of Chicago.

Dr. Patnaik was enrolling patients in a cutting-edge clinical trial known as "Checkmate 650".

"With the PSA elevating so much and nothing else seemed to work we said this won't hurt," Austine Stuart added.

Patients in the trial receive an IV infusion of two drugs that boost the immune system: ipilimumab and nivolumab.

"We are trying to enhance the ability of the good immune cells, the T-cells are able to enter the tumor and overcome this fortress of immunosuppression," explained Dr. Patnaik, an oncologist at the University.

Dr. Patnaik says when given separately, the drugs have little effect on patients with advanced prostate cancer, but together certain patients, like Ralph Stuart do very well.

"He had a very dramatic response even after receiving the first cycle of treatment."

NEW RESEARCH:   Dr. Akash Patnaik says the study combined two immune system-boosting drugs: ipilimumab and nivolumab.  These drugs, both monoclonal antibodies, work in slightly different ways. Ipilimumab blocks a protein called cytotoxic T-lymphocyte antigen 4 (CTLA-4) that sits on the surface of T cells and prevents them from doing their job, attacking cancerous cells.  When ipilimumab, the first known immune checkpoint inhibitor, attaches itself to CTLA-4 on T cells, it can help those cells get back in action, destroying cancer cells.  It also inhibits activity of other cells, such as regulatory T cells, that further hinder an immune response.  Nivolumab blocks a different pathway, known as PD-1.  Tumors exploit the pathway to protect themselves from T cells.   PD-1 is an immune checkpoint that shuts down T cell-mediated attack on tumors.   PD-1 inhibitors, such as nivolumab, can restore the ability of T cells to penetrate and attack tumors.

At its highest, Ralph's PSA level, a measure of prostate cancer, was over 500.   Right now, it's not detectable, the sign of a possible cure.

"There is a solution for a lot of people," said Ralph's wife Austine.

The "Checkmate 650" trial is ongoing at five centers across the U.S., including the University of Chicago.