Some stomach aches are so bad the patient is afraid to eat. A doctor found a treatment that worked for one woman. 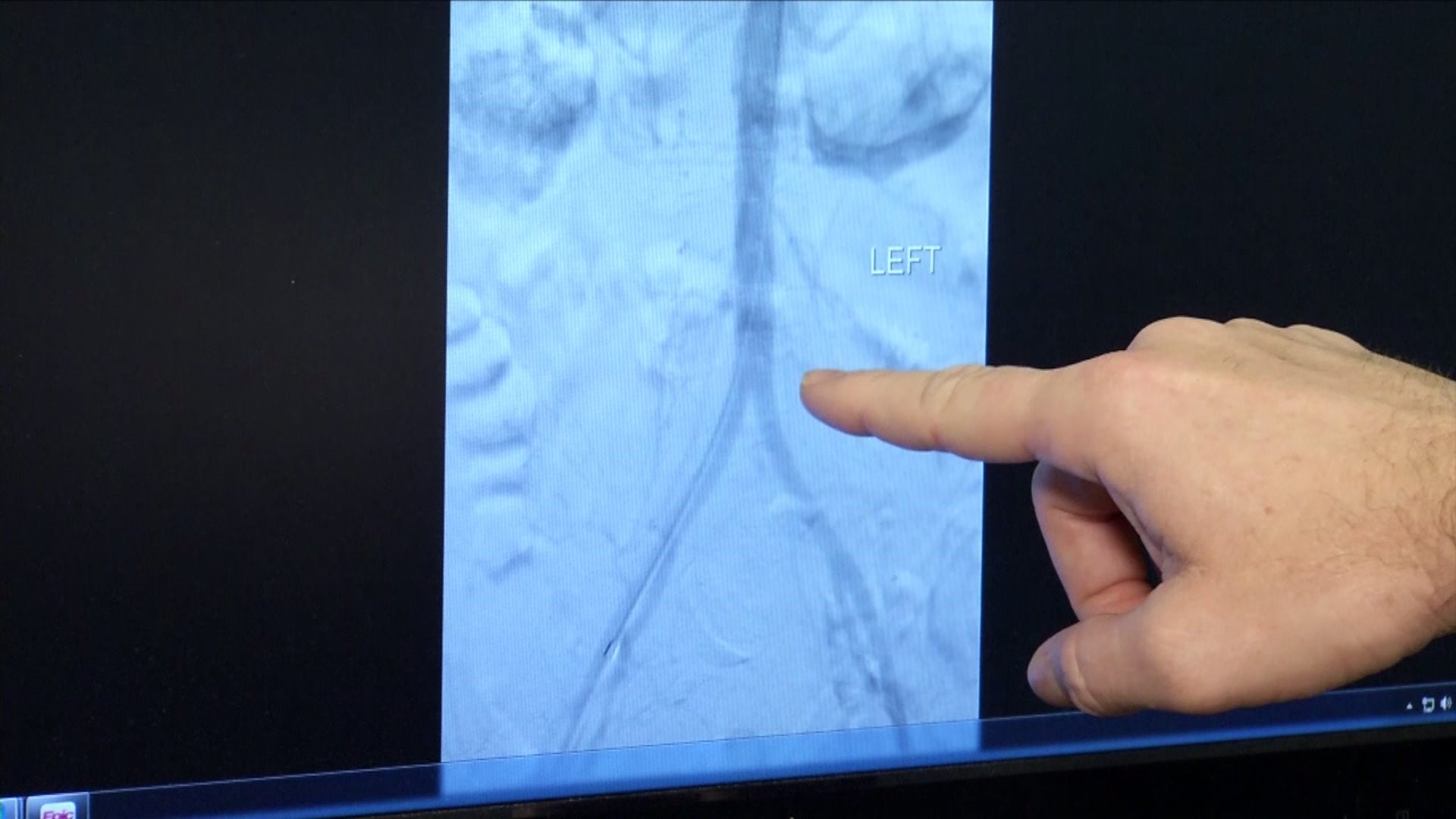 BALTIMORE, Maryland – Angela Kulacki and her fiance' Jim had been searching for answers for Angela's chronic stomach pain.
For almost ten years, she'd eat and then double over.

"People would tell me I was very pale. 'What's the matter with you, you're losing so much weight? You look terrible'."

"After they took my gall bladder out, I still had the same pain."

"Never heard of it, ever in my life."

HOW IT WORKS:   The traditional treatment was an open abdominal surgery, with a bypass of those stenotic ordinary vessels.   More recently, there is minimally invasive approaches that we tend to use more often now, which would involve an angiogram just placing a catheter in the artery using an IV contrast and dye, then we can treat it with balloon angioplasty and stents.   In terms of recovery, Dr. Lucas says patients can return to their normal diet as long as they can tolerate it.

The condition causes weight loss, pain after eating, and fear of food.

"If left untreated, it can lead to a condition called acute mesenteric ischemia, which can be a life-threatening emergency," explained Dr. Paul Lucas, vascular surgeon at Baltimore's Mercy Medical Center.

Angela says she has regained most of the 12 pounds she lost in the past year when the condition was most acute.

Dr. Lucas says patients with stomach pain and risk factors like high cholesterol, diabetes, or smoking should mention the condition to their physician so they can be evaluated.