YOUR HEALTH: Exercise can lead to better breast milk 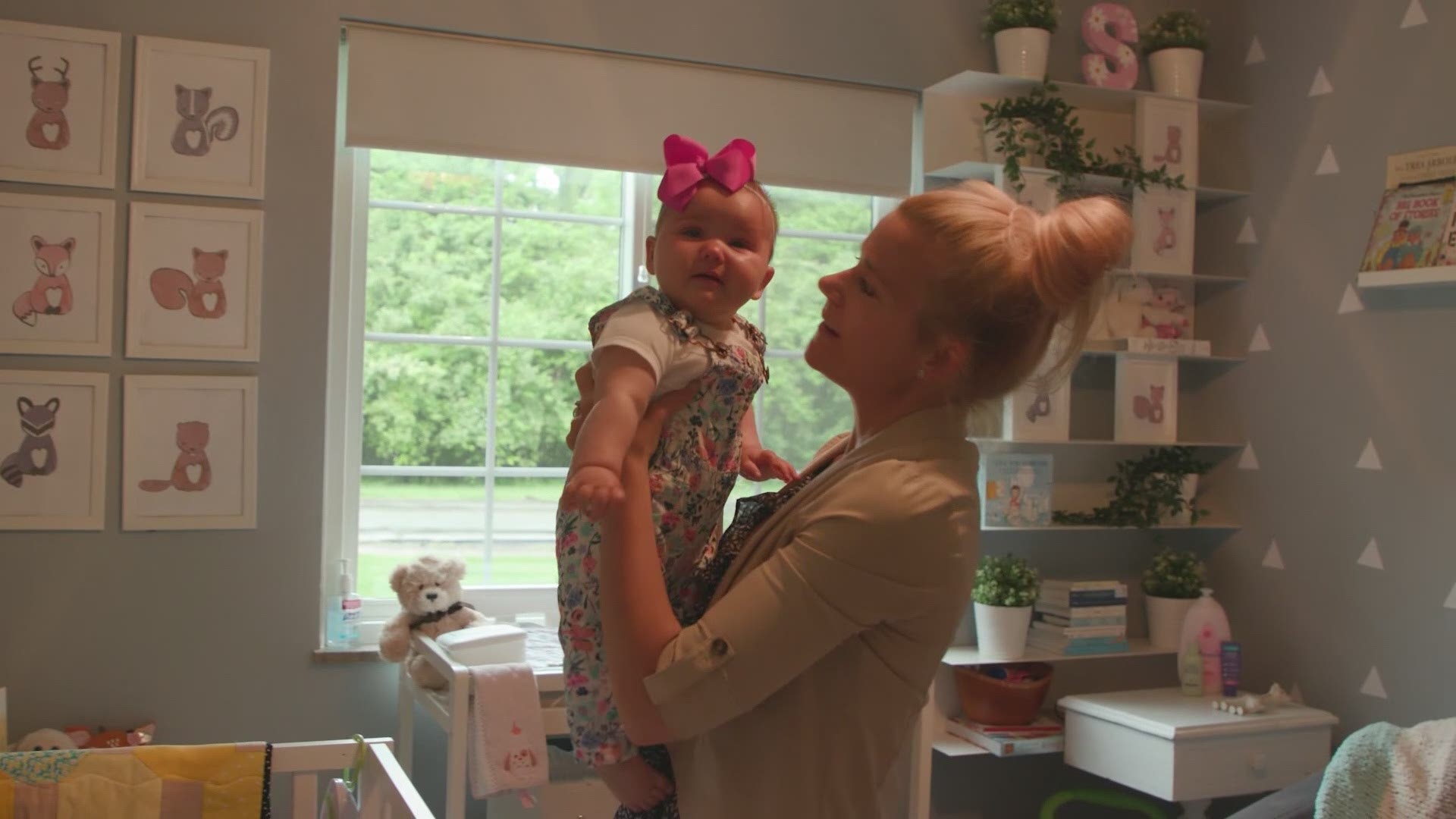 COLUMBUS, Ohio — A new study finds even moderate exercise during pregnancy increases a compound in breast milk that reduces a baby's lifelong risks of serious health issues such as diabetes, obesity and heart disease.

"We've done studies in the past that have shown that maternal exercise improves the health of offspring, but in this study, we wanted to begin to answer the question of why," said Kristin Stanford, associate professor of physiology and cell biology at Ohio State's Dorothy M. Davis Heart and Lung Research Institute.

Andrea Berardi wanted to give her baby a healthy head start.

She made the decision to breastfeed, but it took some adjusting at first, for both of them.

"We kept trucking along," she said.

"And, I'm really glad I did because we've both kind of fallen into this pattern that is really helpful."

Andrea's healthy habits started before her baby was even born and now there's evidence exercise may have had an unexpected pay off.

Stanford and her team found that even moderate exercise during pregnancy reduces a baby's lifelong risk of diabetes, obesity and heart disease.

They started the study with a group of pregnant mice.

Half had exercise wheels.

The researchers found the baby mice who drank breast milk from the moms who exercised had lower body weight, reduced fat mass, and increased glucose tolerance.

"It was really exciting for us because it was like just the act of drinking that milk kind of confirmed these beneficial effects of maternal exercise," Stanford added.

Then scientists measured the physical activity of 150 pregnant and postpartum women.

They found women with more steps per day had more of the human milk compound in their breast milk known as 3SL.

Researchers believe the boost in 3SL protects baby against metabolic diseases like diabetes.

One more reason for moms and moms to-be to keep moving.

Researchers say the increase in 3SL were not necessarily related to exercise intensity, so even moderate exercise like a daily walk is enough to reap the benefits...

The Ohio State University researchers say because many women are not able to successfully breastfeed, scientists are studying whether they can isolate the 30-S-L compound and add it to infant formula.