YOUR HEALTH: A rare disease that hardens the skin

In severe cases, it can also cause deadly hardening of internal organs like the lungs 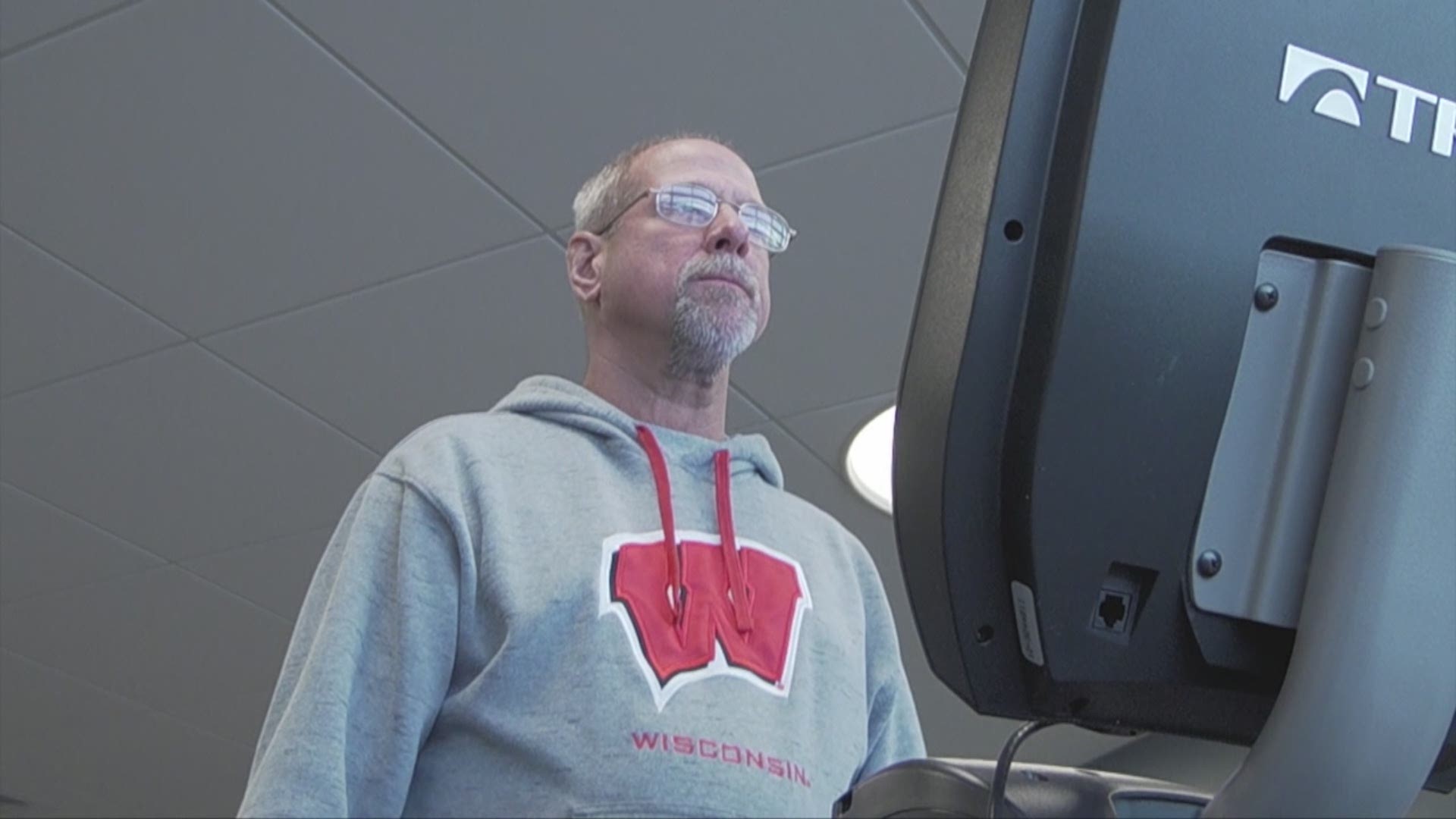 MADISON, Wis. — A year ago, Chuck Beschta couldn't walk more than a few minutes without stopping to rest.

"Just going out and doing normal activities outside raking the lawn mowing the grass shoveling the driveway whatever;snow blowing, those became impossible."

Scleroderma is an autoimmune rheumatic disease where an overproduction of collagen produced in the body tissues.

But in severe cases, it can also cause deadly hardening of internal organs like the lungs, giving some patients little hope of surviving.

Chuck's case was getting more dire.

"He was getting worse despite the best therapy we had to offer," explained Dr. Kevin McKown, a rheumatologist at the University of Wisconsin Hospital in Madison

"There's a process by which they try to remove the autoreactive immune cells, the cells that are caught in the immune process and then they infuse that back in and hope that the body will basically take up and graft that immune system

Rheumatologists at University of Wisconsin Health tested the treatment since they have already been conducting bone marrow transplants for decades.

Surgeons take out a sample of the patient's bone marrow, isolate the stem cells, and use radiation and chemotherapy to clean out their immune system. The same stem cells are later injected back into the patient's immune system with the hope that new cells will grow and the system is rid of the bad ones.

The process is dangerous when the cells are taken out because the patient's immune system is more vulnerable, making infections more likely to occur.

Chuck saw almost immediate results.  His skin was softer and his breathing improved.

He hopes his scleroderma has been cured.

"I think we can be optimistic and so far the people who have been followed out as far as 10 years out don't seem to be getting it back," said Dr. McKown.

After four and a half years, 79% of patients who underwent the treatment were alive without serious complications compared to 50% that were treated with the original drugs.

Without a transplant, less than half the patients, like Chuck, who have diffuse scleroderma and severe lung disease live 10 years past diagnosis. stem cell transplants are commonly used to treat leukemia and lymphoma, cancers that affect the blood and lymphatic system.