YOUR HEALTH: A better way to remove tumors deep in the brain

A snake-like device is being developed to better remove tumors found deep in the brain without destroying existing tissue. 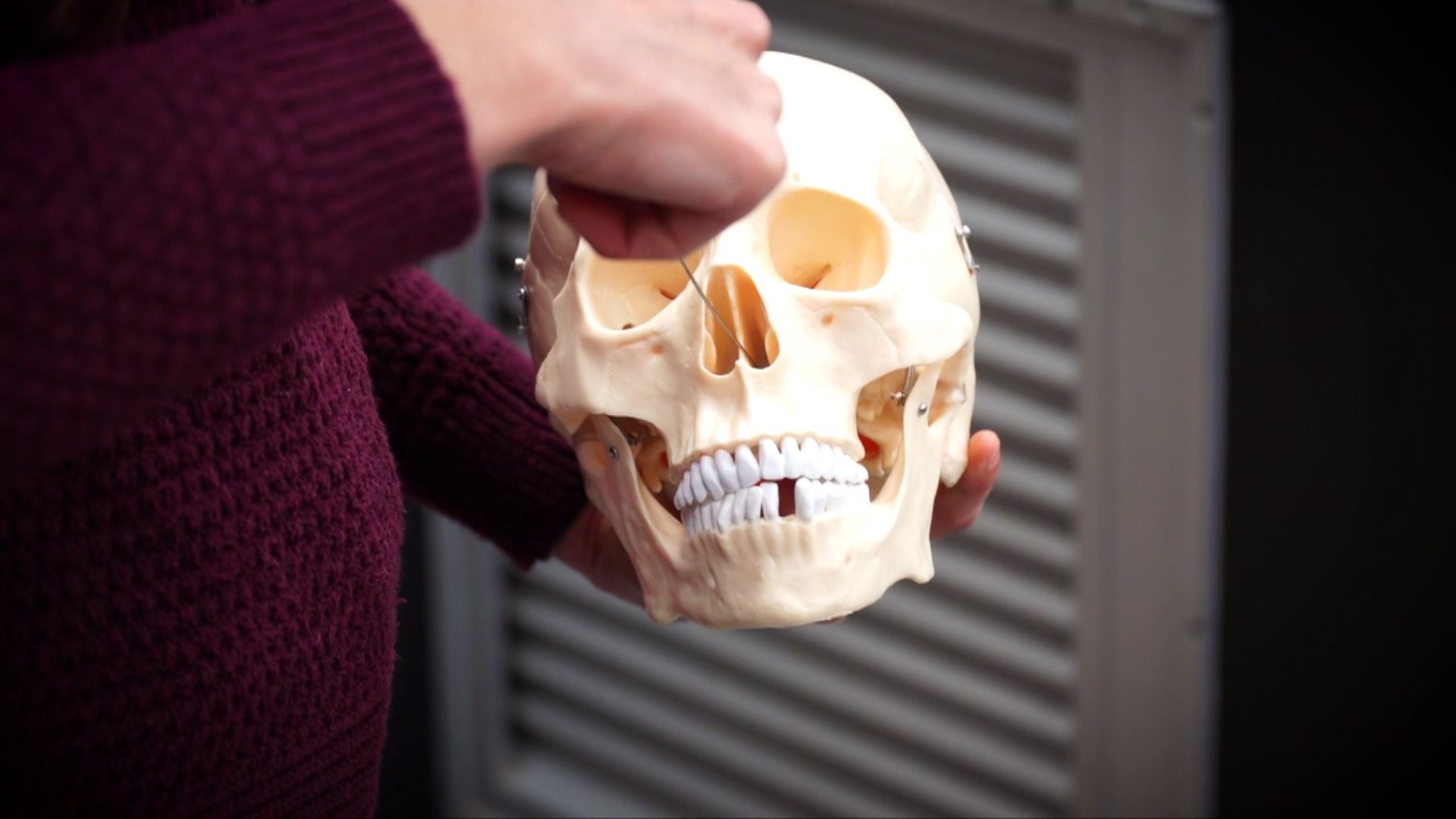 NASHVILLE, Tennessee – Brain cancer is one of the deadliest cancers.

The surgery to remove the tumor is often very invasive.

But now engineers at Vanderbilt University have designed a device that can make surgery easier for both doctor and patient because removing a brain tumor in the center of the head is not an easy task for surgeons.

"Basically you're having to go through a lot of healthy brain tissue to get to that central part of the head."

But a technique that allows surgeons to go through the nose can save that healthy tissue.

However, one problem still exists.

"When they do this, they're using these straight, rigid tools, basically chopsticks that they have to put through your nose," said Vanderbilt University PhD student Andria Remierz.

A team of engineers designed flexible, steerable needles made up of metal tubes that can bend and twist as they move, giving easier access to the site of the tumor.

The team has also used the same tools for diagnosing lung cancer.

"One of the problems they have is at the far out areas of the lung, they have no visualization out there and they also can't steer their biopsy tools to get to those areas," explained another Vanderbilt PhD students, Margaret Rox.

The success rate of diagnosis with existing tools for tumors that are difficult to reach is 60% to 70%.

Researchers say with this new technology adding to existing tools like the bronchoscope the success rate could get to 100%.

NEW TECHNOLOGY:   The most common treatments for brain cancer are radiation therapy, radiosurgery, chemotherapy, targeted drug therapy and minimally invasive brain surgery.   Both surgeries allow patients to go home either the same day or one to two days later, but the therapies require multiple trips.   One difficulty that surgeons have is when the tumor is in the center of the brain. Usually surgeons must go through a lot of healthy tissue to access it.

Risks for current methods for lung biopsy include lung collapse or bleeding due to the surgeon not being able to see clearly to get to a difficult to reach lung lesion.

Developers say this new technology would allow the surgeon much better visibility and reach to more accurately target far off tumors.