One local woman is taking Cross Fit to a whole new level. Eight months ago, she found out a big change was coming her way but that’s not keep her away from the ... 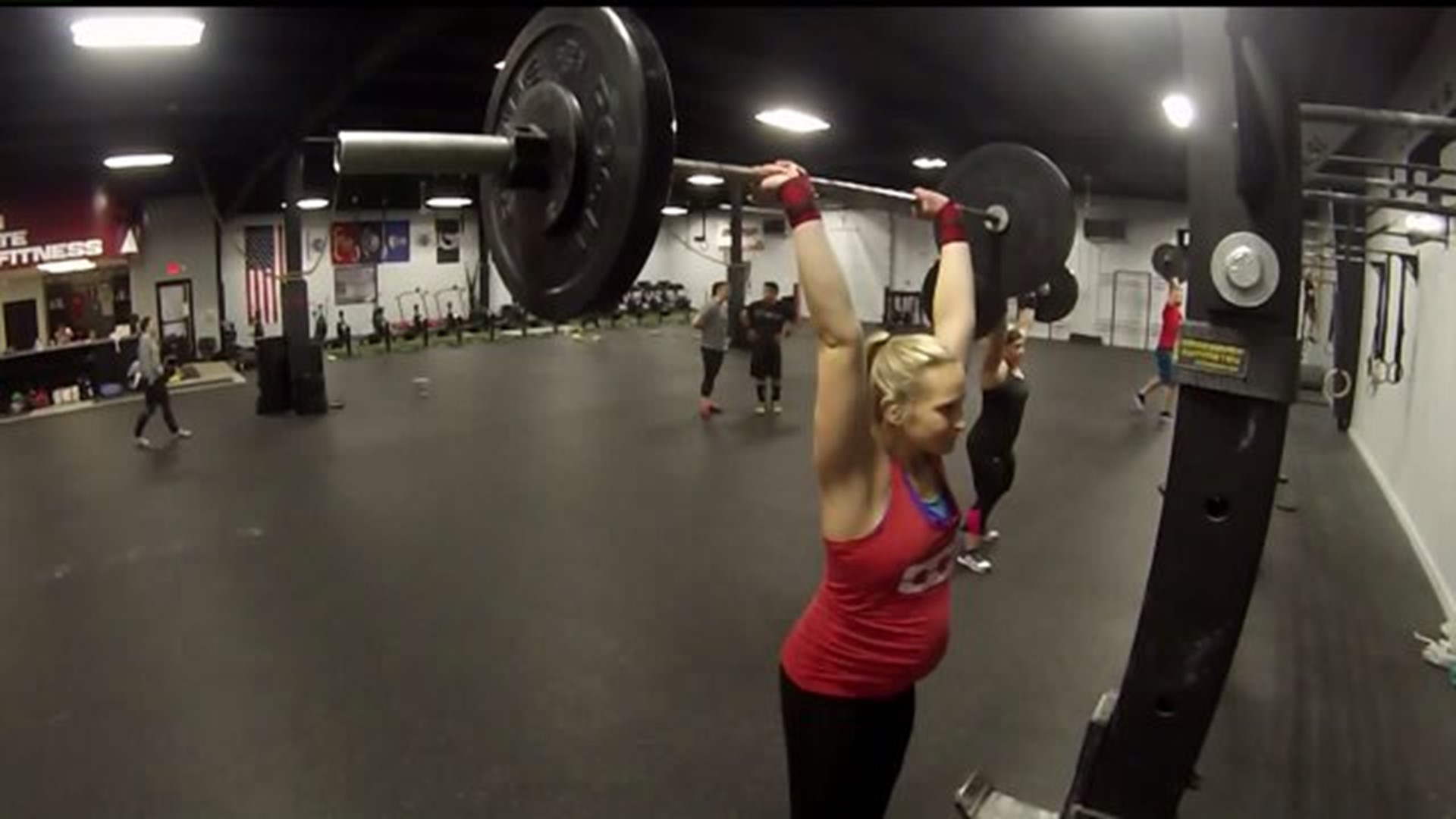 DAVENPORT, Iowa - Working out is a lifestyle for Caitlin Eliopoulos.

From deadlifts to burpees, CrossFit is anything but easy and for Caitlin, working out is twice as hard. That’s because she's lifting for two.

At 33 weeks pregnant, Eliopoulos is still a CrossFit regular at CrossFit OC3 in Davenport, where she’s been going  for more than four years.

When she got pregnant, Eliopoulos knew she wanted to stay active for herself and her baby.

“For the long run just staying stronger obviously we are going to be carrying that baby after the pregnancy,” says Eliopoulous.

Heavy lifting while pregnant can attract criticism, with people questioning if it's safe for soon to be moms and their babies.

“It’s not to say that it can't be done it would just be extremely modified especially if you're not used to the high intensity workout CrossFit can be sometimes,” says Jessica Cartee, Physical Therapist and part owner at OC3.

Cartee also says you should get an okay from a doctor before this kind of work out and the same goes for woman wanting to start CrossFit while pregnant.

“I think a lot of people think it’s dangerous and they think you can't throw a barbell over your head and yeah there are certain things you can't do but you can modify everything,” added Eliopoulos.

Mother of two, Miranda Edel also did CrossFit up until the day she went into labor.

“When you're pregnant and you’re CrossFitting people think you're even cooler because they are like, how can you do this?” says Edel.

She thanks the workout for her healthy pregnancies and babies.

“A lot of it was the mental and physical tests I put myself through in Cross Fit every day,” added Edel.

Now in her eighth month, Eliopoulos feels her strength being put to the test.

“I’m towards the end of my pregnancy. I wouldn't say it's easy but I’m getting to the point now where I’m really tired,” says Eliopoulous.

So when Eliopoulos needs to take a break, she cheers on her teammates by supporting their goals as she gets closer to accomplishing her own.

Eliopoulos is due in January with a baby girl.