YOUR HEALTH: A new way to make a direct attack on pancreatic cancer tumors

Researchers are testing a revolutionary new way to deliver chemotherapy that is giving patients hope by extending lives. 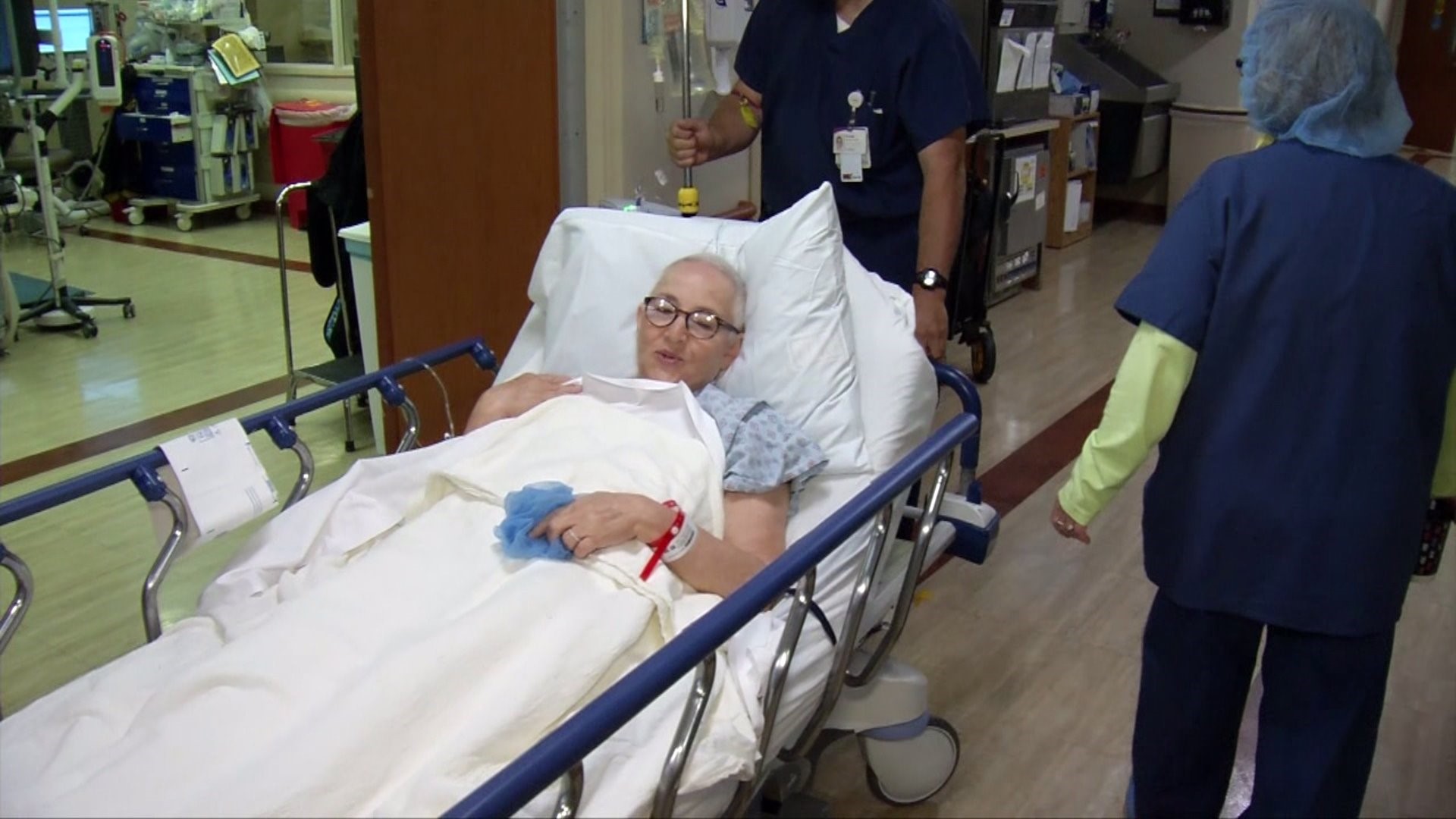 PITTSBURGH, Pennsylvania – 70-year old Darlene Bossola had been intentionally losing weight last year to fight diabetes, but then the mother of three and grandmother of seven became jaundiced.

"So of course, you want to do something that's going to help you, along with your family, then eventually help others," she said.

Darlene chose to be part of a clinical trial testing a new way of delivering chemotherapy directly to pancreatic tumors.

Every other week for eight weeks, Darlene was wheeled into an operating room at University of Pittsburgh Medical Center.

"This new way of treating the tumor has show significant reduction in the bulk of the tumor and the damage the tumor does to other structures."    -Dr. Paula Novelli

Radiologists thread it through the groin into the vessels near the pancreas.   They inflate the balloons then deliver chemo.

"We're actually forcing the chemotherapy into the tumor, as opposed to spraying it on the outside, like we would with the liver," explained Dr. Paula Novelli, Associate Professor of Radiology, Division of Interventional Radiologist at UPMC.

So far, the trial has shown to extend the lives of some pancreatic patients significantly.

"We have a patient who is three years out. Our longest survival at this point."

Researchers are enrolling 300 patients at 30 sites in the U.S. through the end of 2021, none are in the Midwest.

And Darlene is seeing a difference.

"All my levels are down, I feel great," she said.

"It needs to be offered to everyone."

NEW TECHNOLOGY:   Dr. Novelli added the procedure allows doctors to continue "to really douse the tumor", drenching it with chemotherapy directly to the site.  It's a process done for primary metastatic diseases, but had not be done to deliver it to the pancreas.  A different type of catheter now makes that possible.

For Darlene, married 48 years to her high school sweetheart, Terry, it's also giving her precious time with the people who mean the most.

So far, the trial has shown to extend the lives of pancreatic patients from 14 months to 26 months.