This 7-year-old swallowed magnetic beads and needed emergency surgery. Now her mother is warning others

Morrison said many people think the magnets might pass, but they actually link up inside the body, linking intestines. 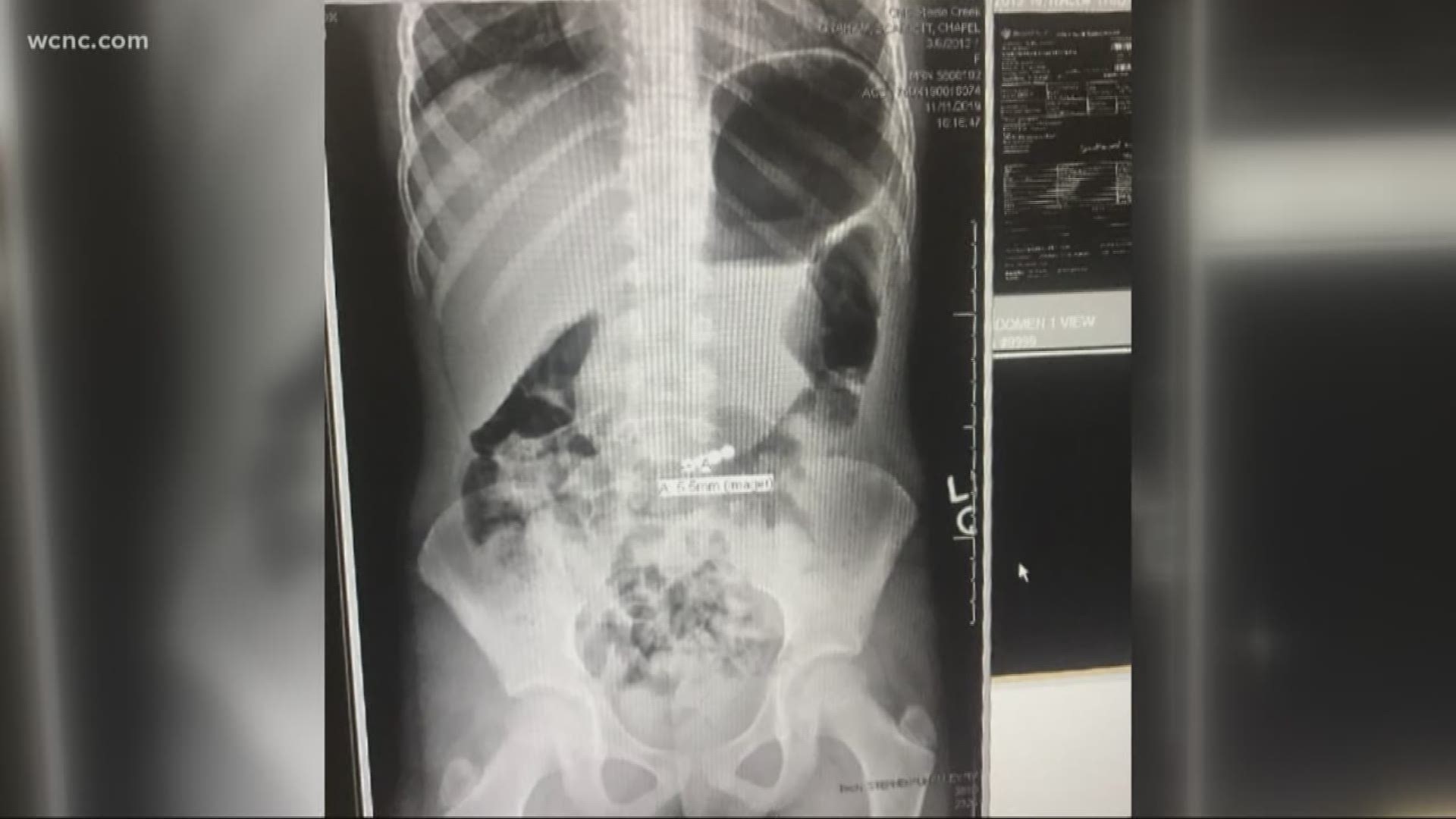 CHARLOTTE, N.C. — A local mother is warning parents about the dangers after her 7-year-old daughter swallowed several magnetic beads, sending her to the emergency room.

Since her daughter, isn't a toddler, she didn't think the toy would be a danger. However, she accidentally swallowed them. An x-ray shows several beads in her stomach.

"We see kids and adults of all ages that accidentally or intentionally ingest stuff," CMS Piedmont Director," Eric Morrison said.

Morrison said many people think the magnets might pass, but they actually link up inside the body, linking intestines.

Magnets like the ones recently swallowed were banned by The Consumer Products Safety Commission after hundreds of kids were hospitalized in 2014. Until a manufacturer lawsuit rescinded the ban in 2016, putting them back in the hands of kids.

Morrison offered a warning to parents about paying attention to warning labels on toys, especially when it comes to ages.

Magnets can also be choking hazards.

If your child ingests magnets you should call poison control or immediately head to your local emergency room.

One killed in officer-involving shooting near Epicentre in uptown

Charlotte restaurant had 11-day-old chicken salad in the kitchen