The state-of-the-art facility will help the busiest trauma center in Texas save even for more lives. 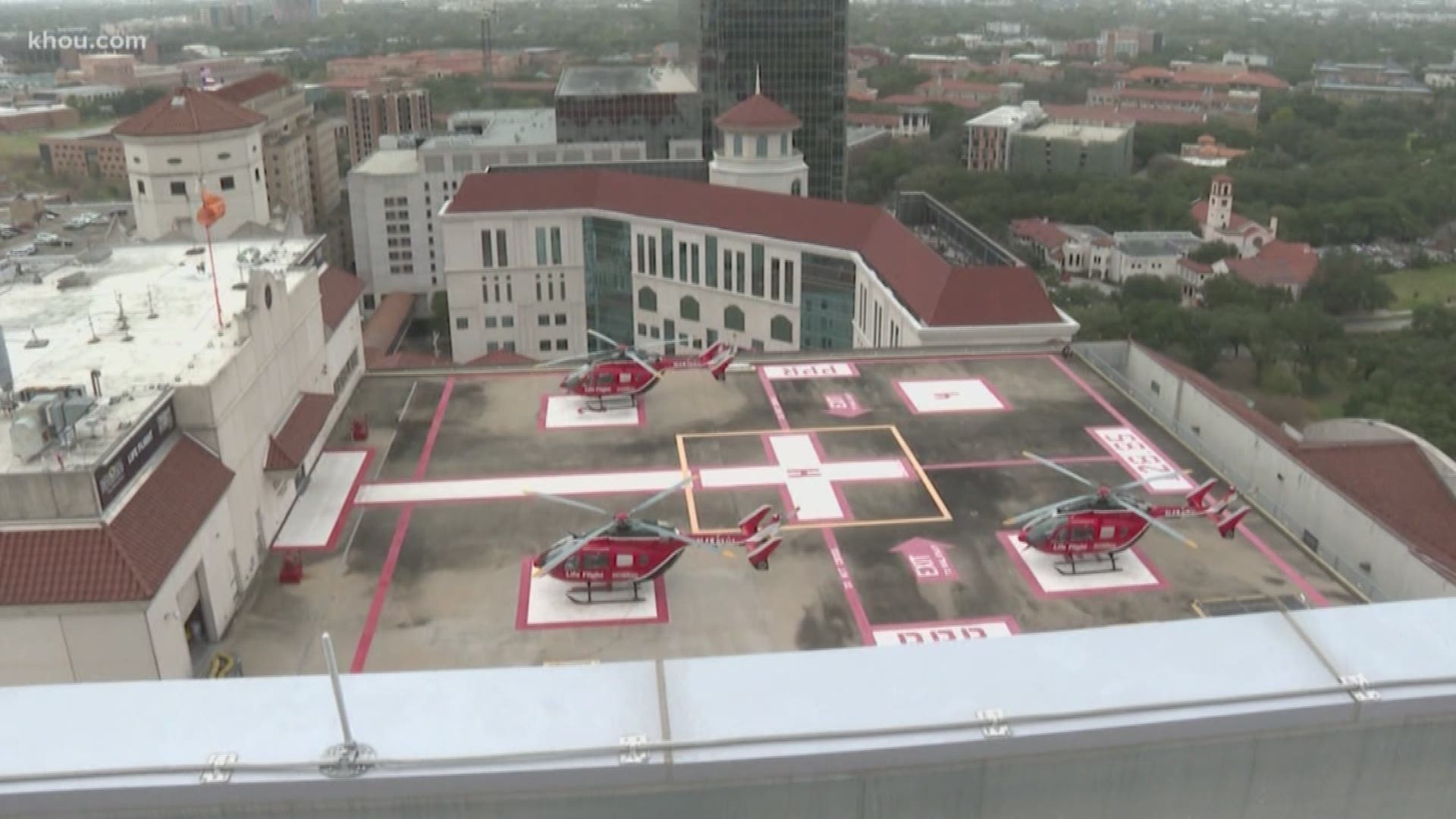 HOUSTON — The country's busiest trauma center, which is in Houston, opened Monday after getting a $700-million facelift.

The Susan and Fayez Sarofim Pavilion, a 17-story tower that is now home to the Red Duke Trauma Institute, is packed with the latest in medical technology.

It's a game-changer for how Memorial Hermann treats trauma.

There are a total of 24 new operating rooms including three hybrid Operating Rooms.

"Right now with this room we can do every operation on every part of the body and simultaneously do CAT scan imaging," said Dr. Michelle McNutt, Chief of Trauma.

The hybrid ORs will allow surgeons to do everything they need to do on the most critically wounded patients in one surgical suite without having to move them to other parts of the hospital.

"This technology will allow the busiest trauma center in Texas to improve outcomes for all Houstonians," McNutt said.

There are now nearly 200 patient beds. Each one is able to operate as ICU rooms. And the Emergency Center more than doubled in size with added treatment bays. Each ER bay has an imprint of Dr. Red Duke's boots, a tribute to the legendary trauma surgeon and Life Flight founder.

"This is the area that will be the heartbeat for Life Flight," said Tom Flanagan, Vice President of Trauma Service Line and System Integration. "This is where all the calls come in."

The most impressive upgrade is at the very top of the new tower. Life Flight has brand new facilities including a larger 24/7 dispatch center.

The massive new helipad is 10,000 square feet larger than the former one and can sustain the weight of Blackhawk helicopters, and even the President's Marine One chopper.

Flight teams will have even quicker access to the ORs or Emergency Center.

"As the busiest trauma center in the nation, we have the lowest mortality in the country for trauma," Flanagan said.

Life Flight plans to build on that success. They expect to bring in 4,000 flights this year. New training facilities will help them advance their educational mission as well.

"It's a gift to the community of Houston," Flanagan said.

The Sarofim family donated $25 million to make this expansion possible together with other generous donors. The new trauma facility will save countless lives and has six additional shelled floors that can be used in the future as the hospital continues to grow.

RELATED: Child flown to hospital after running into moving car in Richmond