When it comes to a crisis situation, a growing national debate says police shouldn't always be the first ones called. 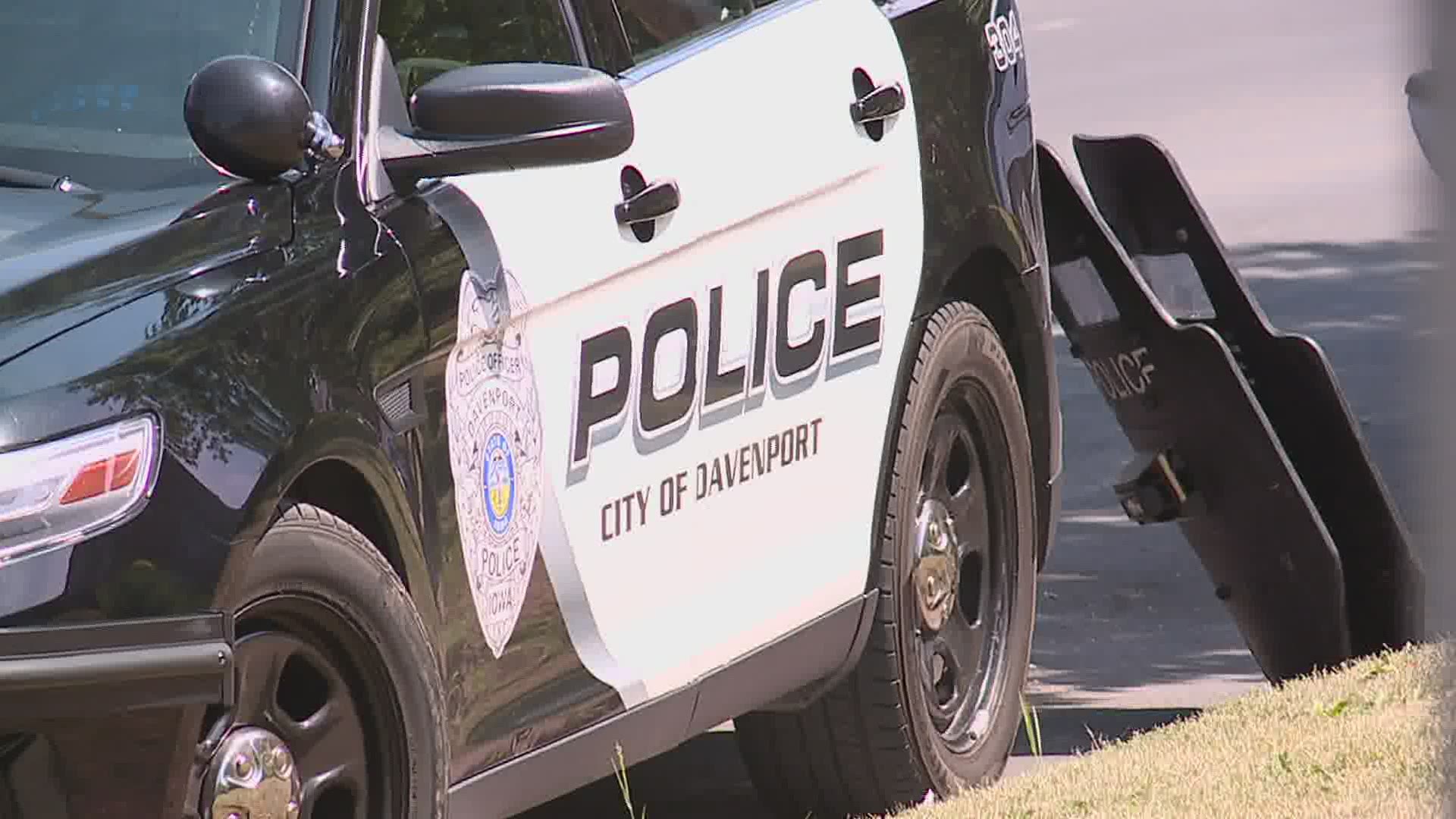 DAVENPORT, Iowa — On Tuesday, June 22nd, Davenport Police and the Scott County Sheriff's Office were called to an apartment on Gaines Street in Davenport, for a domestic disturbance.

Police say 34-year-old Zackary Sherbeyn had threatened his girlfriend with a meat hook, knocked her phone out of her hands with it and threatened to cut her throat. He also took her car keys and wouldn't let her leave.

The situation turned into a nearly two hour debacle with police finally arresting Sherbeyn around 3pm.

For neighbors, it was a horrifying example of the city's rising crime rates. But it's also a look into a growing national debate, over questions of who should be responding in crisis situations, and who's available to help keep incidents from escalating to violence in the first place.

"Generally, law enforcement officers are not the best utilized on most mental health crisis calls," said Dr. Richard Whitaker, CEO of Vera French Community Mental Health Center in Davenport. "That's not really where we need them to be. They respond because it got routed to them."

The vast majority of people living with mental illness are not violent, nor do their illnesses drive them to criminal intent. But when situations arise that become stressful or scary, Whitaker says it takes someone with mental health training to truly provide the best de-escalation, the same way a surgeon would be the best at performing proper surgeries.

It's something local law enforcement agencies are already turning to, with both Bettendorf and Moline Police Departments hiring social workers into their ranks.

"We see the need for protecting and responding to people with a mental illness in a way that understands what they're going through, and that doesn't escalate the situation unnecessarily," said Whitaker. "That's much better than tying up a law enforcement officer to deal with someone that really just needs to talk to somebody and maybe get some help. Deescalate a little bit. Maybe get some additional services."

He says learning to live with this type of solution would require mental health professionals to be part of the first response - either alongside or ahead of police officers. This would be especially helpful, he notes, in cases where a person is threatening suicide.

"People who are basically crying out for help, maybe threatening down their life, or talking about ending their life," explained Whitaker. "Probably most of those situations do not require law enforcement, they, they could be handled by a good crisis counselor."

Vera French does currently make at least one or two house calls a day for individuals in need, and the organization has found that with a few safety precautions, it's not inherently dangerous for their professionals to arrive on a scene that could potentially become a crisis.

That, along with their day-to-day operations help prevent violent situations from occurring in the first place, says Whitaker.

In an email to News 8, he stated, "In our Mental Health Region, there are some Region-funded Mobile Crisis Response services and some minimal ride-along services with police in Clinton County. But the real story is how Vera French keeps people out of the ER, hospital, and jail every day by continuously responding to crises throughout Scott County and beyond through our 24-7 Assertive Community Treatment program (adults), our 24-7 Multisystemic Therapy program (youth and their families), our 24-7 Crisis Stabilization home (mentally ill, substance using and/or homeless adults), our Integrated Health Home program (mentally ill and chronic health conditions), and our 24-7 Habilitation Homes (chronic mentally ill adults)."

To the entire Vera French community, their work is about protecting people with mental illness from some of the dangers in the community, particularly individuals that might want to take advantage of more vulnerable people. It's part of the reason why they were asked to be on the board for Davenport's new Violent Crime Task Force. Through their work on the force, they're hoping to spread the message that mental illness doesn't necessarily correlate with violent crime, and that sometimes having a professional de-escalate a situation is more effective than calling a police officer.

"If that crisis can be handled by someone without a badge better, because, you know, that's really where we ought to be doing it," said Whitaker.

It's something that Iowans might have even easier access to, beginning summer of 2022. Instead of the lone option to dial "'9-1-1" in a crisis situation, the state is looking to start a second hotline number: "9-8-8." This would put Iowans in direct contact with a mental health professional, to best assess and solve the situation they find themselves in.

But none of this is a new conversation.

The work to provide more mental health experience in the field is something Dr. Chris Bitner saw first hand during his years as a police sergeant in central Illinois. A military veteran turned law enforcement officer turned professor at Western Illinois University, Bitner has decades of experience working in high-stress situations that might require the expertise of a mental health professional.

During his years as a sergeant in Pekin, Illinois, Bitner says he was lucky enough to have a department that worked directly with a mental health facility.

"If we responded to a call where it was more of a mental health call, we would call this agency and they had a 24-hour on-call counselor that would come to the scene and help folks with mental health issues," he said. "And then if the counselors arrived, and they weren't comfortable, we would just hang out sometimes just to make sure things didn't get too out of hand."

That cooperation and coordination is something Bitner says was a win-win-win situation, for the officers, suspects and community.

"Anytime you have somebody who needs mental health help versus law enforcement help - if you can get them the appropriate resources - it's a benefit for everybody," said Bitner. "For the family, for the for the person who needs the emotional support, and for the officers. Because the officers appreciate having another resource to offer folks and then we're not put in an uncomfortable position." 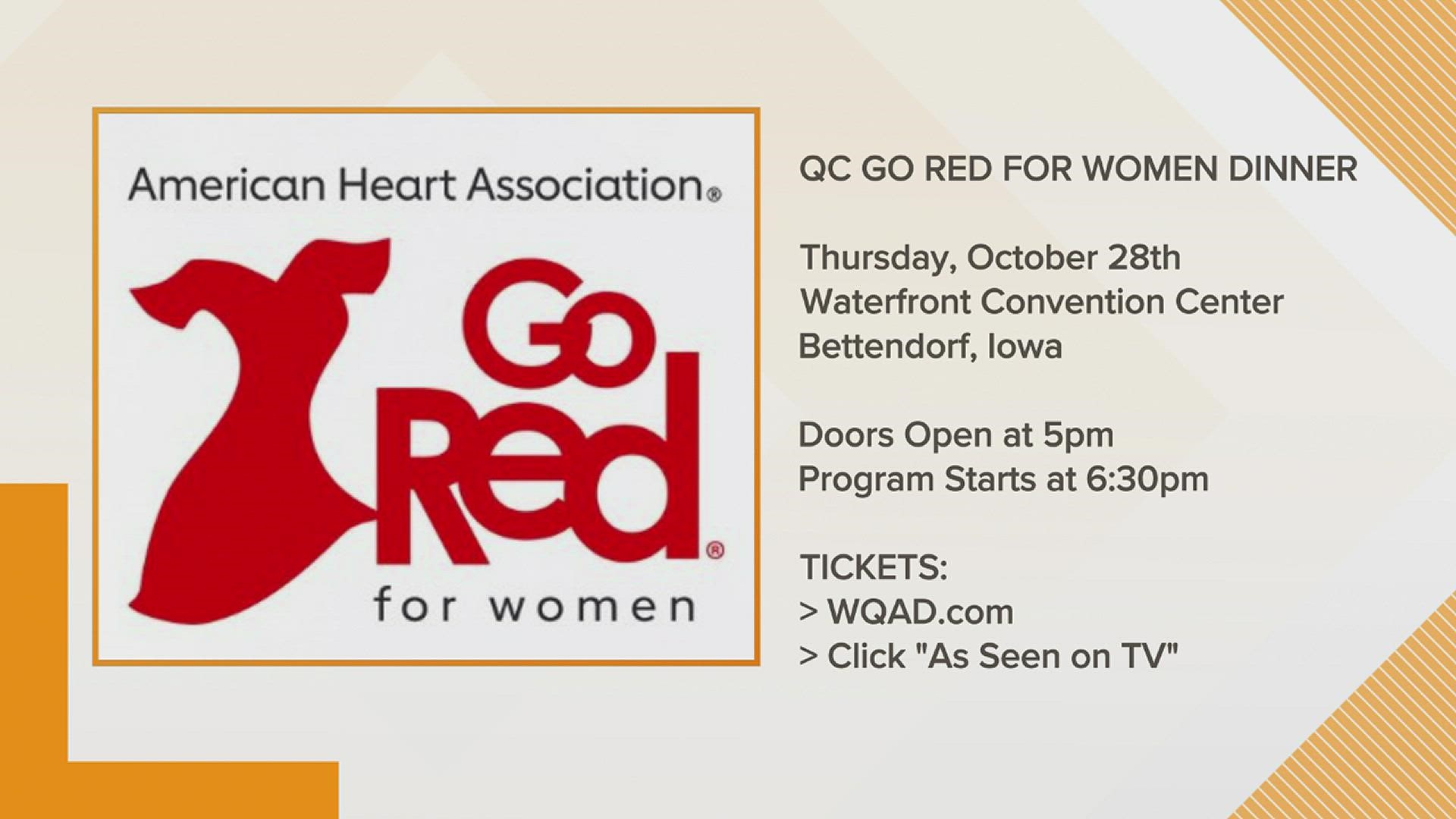 IT'S TIME TO GO RED: You're Invited to a Life-Saving Event for Women