The memory of a Kirkwood, Illinois teen resets every two hours. However, luckily for Riley Horner, her story is a medical mystery others can’t forget. 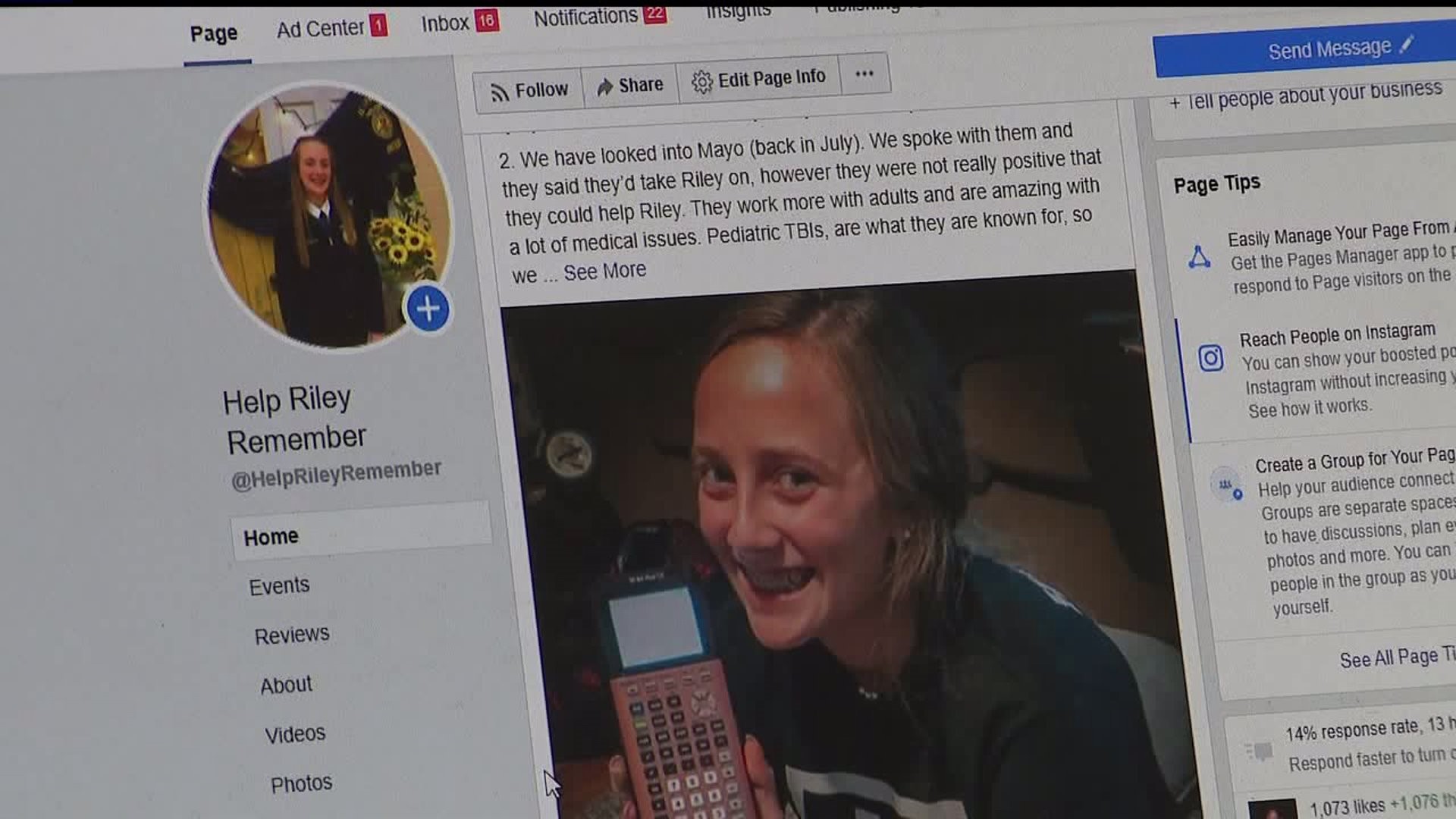 MONMOUTH, Ill. — The memory of a Kirkwood, Illinois teen resets every two hours. However, luckily for Riley Horner, her story is a medical mystery others can't forget.

News 8 was the first to bring you Riley Horner's story last week. 16-year-old Riley cannot retain more than two hours worth of memory after she was accidentally kicked in the head on June 11th.

In the past three months, Riley continues to attend her regular classes at United High School in Monmouth despite her memory resetting every two hours.

"If I learned anything yesterday, it's completely gone and I have to re-learn that before I can even learn what we are doing today," Riley said. Each day she walks into class, she said she has to have a friend point out exactly where she sits.

Riley even confused as to why News 8's Bianca Reyes visited her again on Monday, Sept. 16 -- just a week after the original story.

"Well, Riley, do you remember who I am?," Reyes asked. "Not really," Riley said.

Riley needed to be reminded about News 8's original story all over again. She does not remember the moment, nor when she got injured, but thanks to social media -- everyone else around her does.

"(My friends) have pictures and screenshots of where (my story) has been," Riley said. "I’ve been in People’s Magazine and everything. They show me that and I’m like ‘Wow! I was in there?’"

"We have to tell her every day that she’s viral," said Riley's mother, Sarah.

Doctors still have not been able to explain why Riley's memory resets every two hours. Sarah said she reached out to News 8 in hopes that if people heard her story they might get closer to an answer.

Now, thousands of people across the world have heard Riley's story. Sarah said she has been contacted by all national and international media outlets imaginable. Many offering to turn Riley's story into a documentary.

To better manage the overwhelming information, Sarah created a separate Facebook page, Help Riley Remember. She uses the page to update the public on Riley's condition -- even starting a GoFundMe Page for those asking where to donate.

Every day, Sarah said she is overwhelmed with messages from strangers -- each one offering a suggested diagnosis and hope.

"We were pretty much told there's nothing else that we can do," Sarah said fighting back tears. "I just didn't believe that. I didn't think this was how her life was going to be."

Sarah said, so far, she still has not found anyone with the exact same symptoms as Riley. Regardless, she said now she has doctors reaching out to her offering their expertise.

"I’m very hopeful. There's people in China, Europe, and Australia contacting my mom," Riley said. "Someone has to know something."

Right now, the Horner's are narrowing in their choices and are considering Cognitive FX,  a post-concussion treatment center out of Utah.