'It's an extra layer of precaution': why EICC is installing antimicrobial tape on their campuses 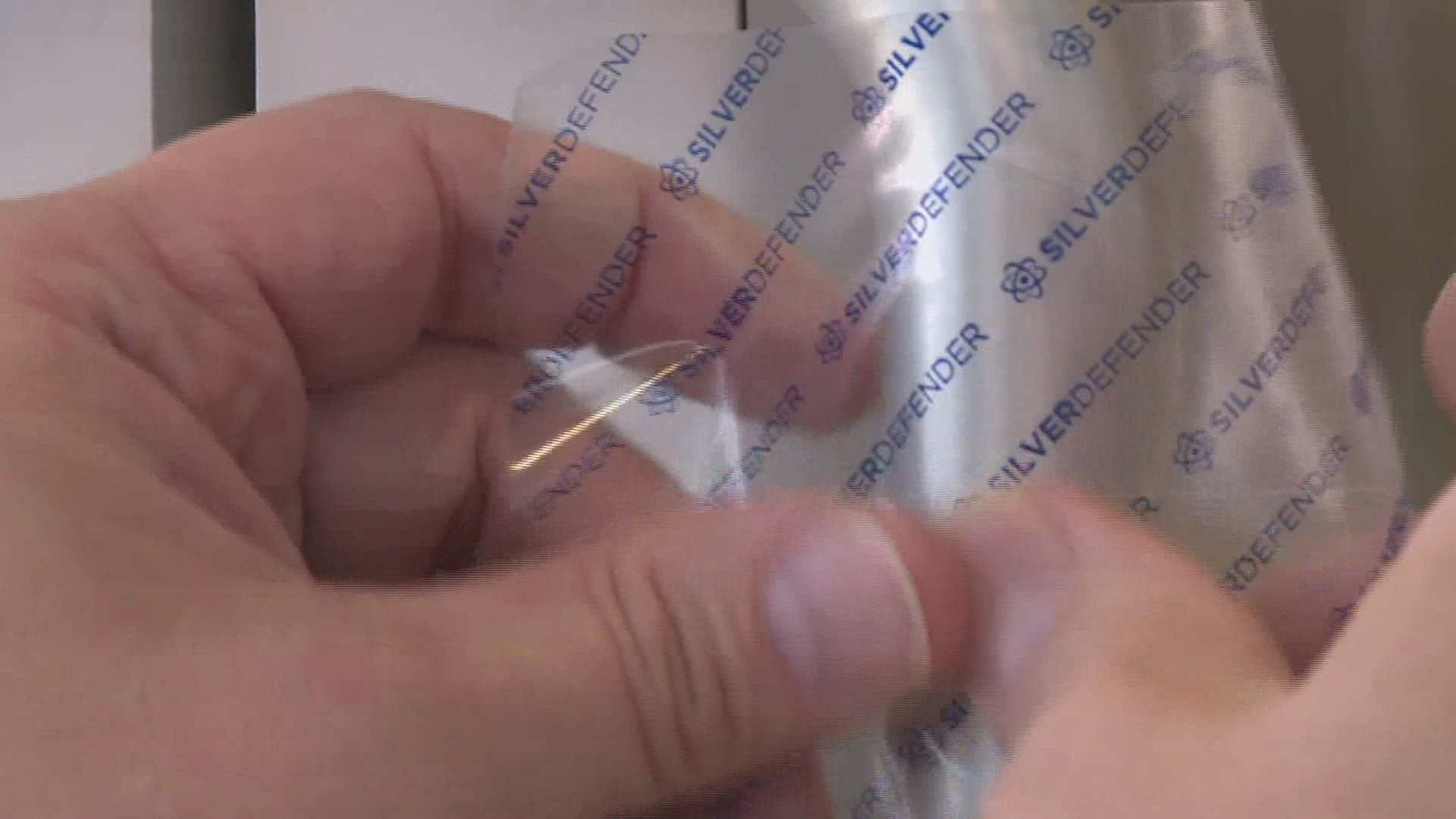 DAVENPORT, Iowa — Eastern Iowa Community College has installed antimicrobial tape on door handles across all of their campuses.

The tape is made up of silver ions and help stop the spread of bacteria, mold and fungus on its surface. While this measure isn't proven to kill the Covid-19 virus, faculty at EICC say it's still an added layer of precaution in the fight to keep students and staff healthy.

Suteesh Tandon is the Vice Chancellor of Administrative Services, as well as the Chief Financial Officer at EICC. He says he got the idea to bring the tape to EICC after watching a video of it being implemented at another university. When faculty started discussing different steps to keep students and staff safe, this was one of the chosen ones.

Now, high-touch points across all of EICC's campuses - especially door handles - are covered in the thin layer of see-through tape.

"We started putting them on the doors, handles, elevator doors, handles and buttons... everywhere," said Tandon. "Bacteria does not sit on this tape easily. And the manufacturer says that you can replace them in 90 days if it's very frequently used... but if you're cleaning them, and if you are using chemicals to clean it, then we can keep it for six to eight months. That's what we intend."

He said it was easy to install - only taking two people a day to cover the entirety of EICC's urban campus in downtown Davenport. And for around $40 a roll, it's much cheaper than hand sanitizer. In fact, each roll can cover between 30 and 40 handles, according to Tandon, which comes out to around $1 per-covered-handle.

"Per location it's probably three to four hundred dollars," he remarked. "So for all the campuses, probably a couple thousand dollars. So it's not expensive at all."

To put it into perspective, each hand sanitation station at EICC can cost between fifty and sixty dollars.

"That's much more expensive than [the tape]," said Tandon. "But that's also needed, because we can't just rely on the tape."

The tape helps keep its own surface clean and free of bacteria. So Tandon says it's still important that each individual takes other precautions, such as washing their hands regularly, wearing a face mask, and frequently applying hand sanitizer.

But to him, it was important to offer all of these individual precautions on the campuses of EICC.

Registration opens TODAY for the 2020 - 2021 Winter Semester. See what we are offering over the Winter break at www.eicc.edu/winterim and sign up now! #THECommunitysCollege ❄️☃️🌲

"We are taking all the steps and we are doing everything to keep everyone safe."

One student at the urban campus, Jessica Cavazos, said she barely even noticed the tape - remarking that it just looked like plastic covering. To her, all of the steps the school is taking to keep everyone healthy, is very welcome.

"It's pretty important because it allows me to go to school and go to work and not have to worry about if I’m going to be at risk at school," she said. "So far, I haven't gotten sick yet, knock on wood."

While no one can tell how long we'll be dealing with Covid-19, faculty at EICC say this is one solution they'll be sticking to in the months to come.