COVID-19 by the numbers: Why there's a discrepancy in Iowa

News 8's been looking into a discrepancy of numbers, dealing with COVID-19 in Iowa. 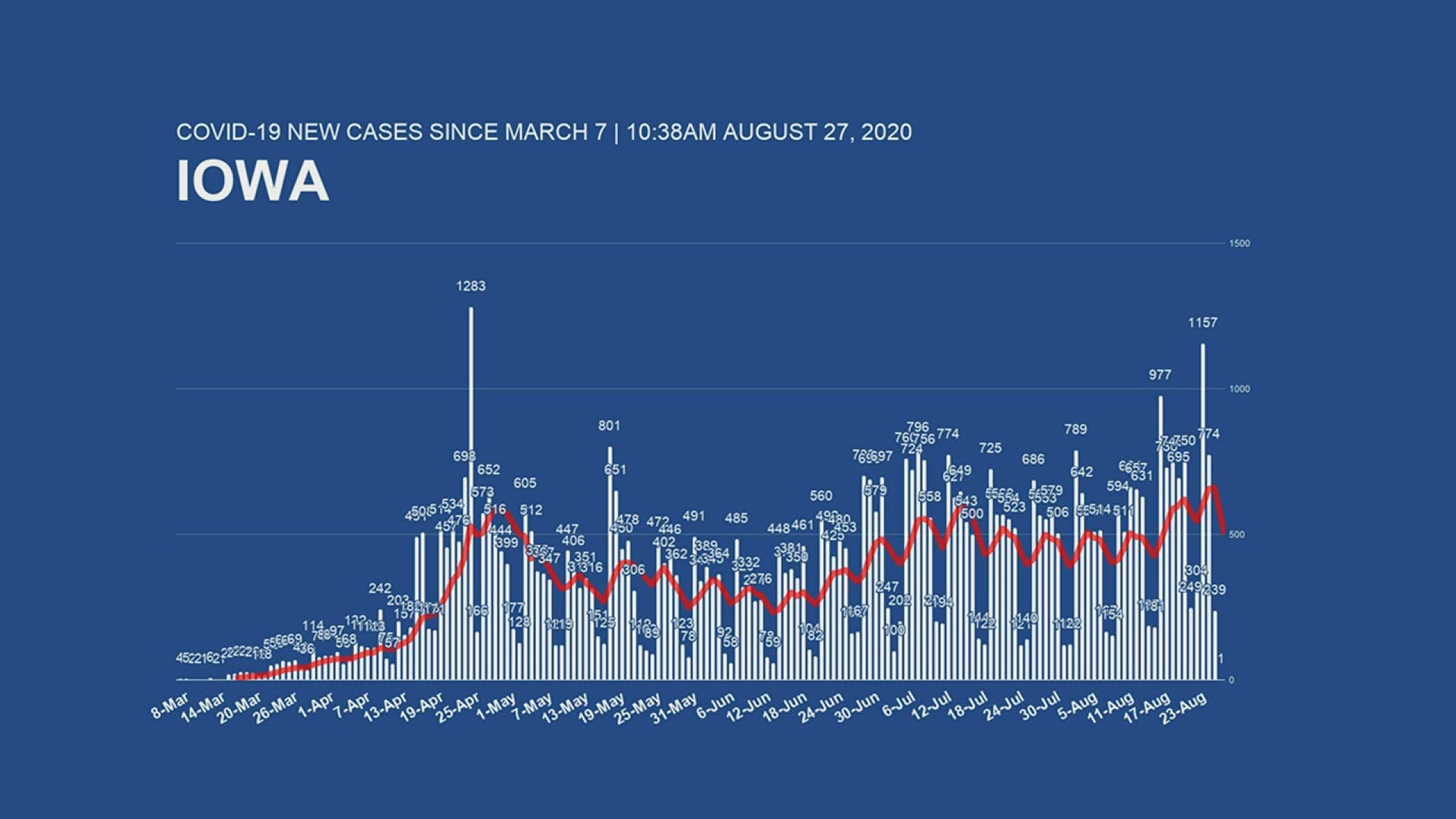 We are getting a clearer picture as to what is going on with the COVID-19 case count in Iowa. We've learned that the state reported its second highest case count since the pandemic began on Monday, August 24th.

State leaders said earlier in August their website had a glitch, where a person's latest results were accidentally uploaded to when they were first tested. No word whether that's the issue now or not.