According to the new stay-at-home orders in DC, Maryland and Virginia — leaving your home for nonessential activities is now a crime. 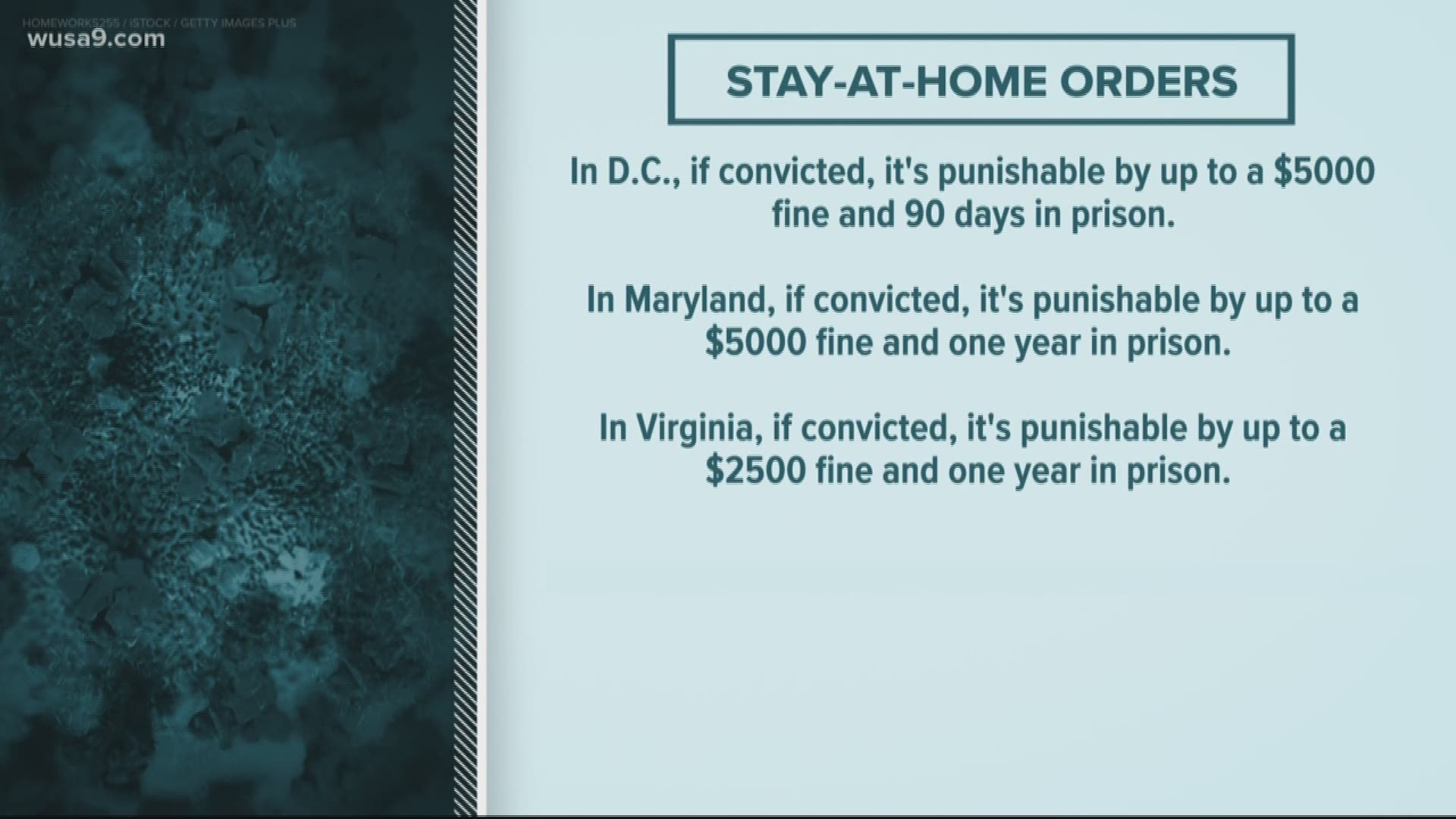 CHARLES COUNTY, Md. — Prior to the new stay-at-home orders announced across the DMV today, Maryland State police tweeted they’ve already received 378 calls reporting businesses or individuals not in compliance with the governor’s previous executive order. They also confirmed two arrests have been made — one in Charles County and another in Carroll County.

According to Charles County Police Department, a man was arrested for hosting a barbecue attended by 60 people.

In Carroll County, Maryland State Police confirmed, a man was charged violating the executive order and 10 counts of providing alcohol to teens at a hotel party he hosted on Sunday.

According to the new stay-at-home orders in DC, Maryland and Virginia — leaving your home for non-essential actives is now a crime.

In Maryland, if convicted, it’s punishable by up to a $5000 fine and one year in prison.

In Virginia, if convicted, it’s publishable by up to a $2500 fine and one year in prison.

So how quickly will they will start enforcing this new mandate?

In Maryland and Virginia enforcement is already in effect

The State's Attorney’s offices will prosecute any violations of the stay-at-home order.

WUSA9 spoke to the Montgomery County State's Attorney's Office and they say they want people to understand what will get them in trouble before they start charging people with misdemeanors.

"The office of the state’s attorney will work closely with our partners in law enforcement to educate the public about the governor’s order," says Ramón V. Korionoff the Public Affairs Director for the Montgomery County State's Attorney's Office.

In the event that you are caught not being compliant, WUSA9 spoke to Maryland attorney Ronald Handy to find out how a misdemeanor charge impacts your future.

The stay-at-home order makes leaving your home for non-essential activity a misdemeanor — which is a crime. Officials say they are doing this keep people safe and help flatten the curve.