Protecting the protectors: what vaccination means for a rural, volunteer ambulance service

For the thirteen volunteers running the Alexis-North Henderson Ambulance Service, getting the vaccine was a shot of relief. 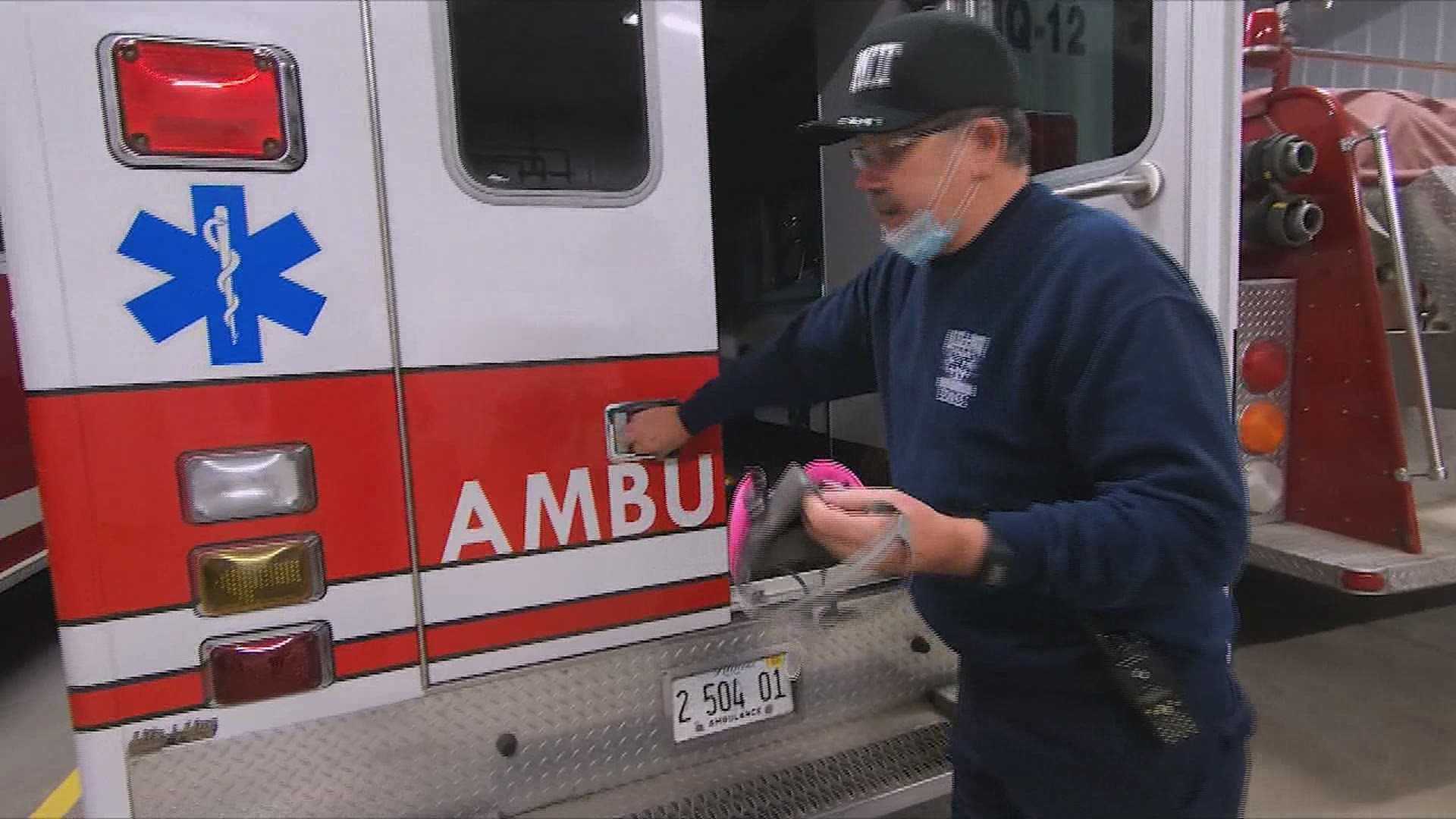 GERLAW, Ill. — Thirteen volunteers keep the Alexis-North Henderson Ambulance Service running in Illinois' Mercer and Warren Counties. It's one of the biggest districts in the state, and they're responsible for running one of four ambulances throughout the 225 square miles - serving around 3,000 people throughout rural communities.

The crew is comprised of nine EMTs, one paramedic, and three first responders, who all volunteer all of their time and skills. And most of them are over 60 years old.

They've stayed busy throughout the pandemic, and responded to 30 calls in October alone. Since March, the crew has transported eight known cases of Covid-19 to the hospital, and say working in close quarters with other people, often responding to calls that could be Covid-related, has been stressful - especially as they fall in one of the most vulnerable age groups.

"It's been pretty stressful," said Anne Switzer, ambulance service president. "We've had one of our EMTs that did get the Covid. We try to make sure our stretchers are wiped down, our blood pressure cuffs and everything we use is wiped down, I think we've took just about every precaution we could take."

Switzer has been a volunteer with the crew for the past 41 years, and says she's been doing everything she can to keep her crew safe throughout this pandemic.

But now, a ray of good news, as the crew completed their second dose of the vaccine on Thursday, Dec. 7. Some got the Pfizer shot and some had the Moderna jab.

"We haven't really seen any major side effects from taking it. So I definitely recommend it. I think people should take it, I think it's gonna be the only way that we are going to get this Covid taken care of," said Switzer.

She described getting the vaccine as a relief, and a way to protect the crew while they're working in such vulnerable situations.

"So it was good to get it. It really was," she said. "It was well worth it. I'd definitely do it again."

RELATED: COVID-19 test numbers down at TaxSlayer, officials warn not to get complacent