Around 50 kids attended the event at First Christian Church. The church says they alerted families when they found out. The health department wanted more. 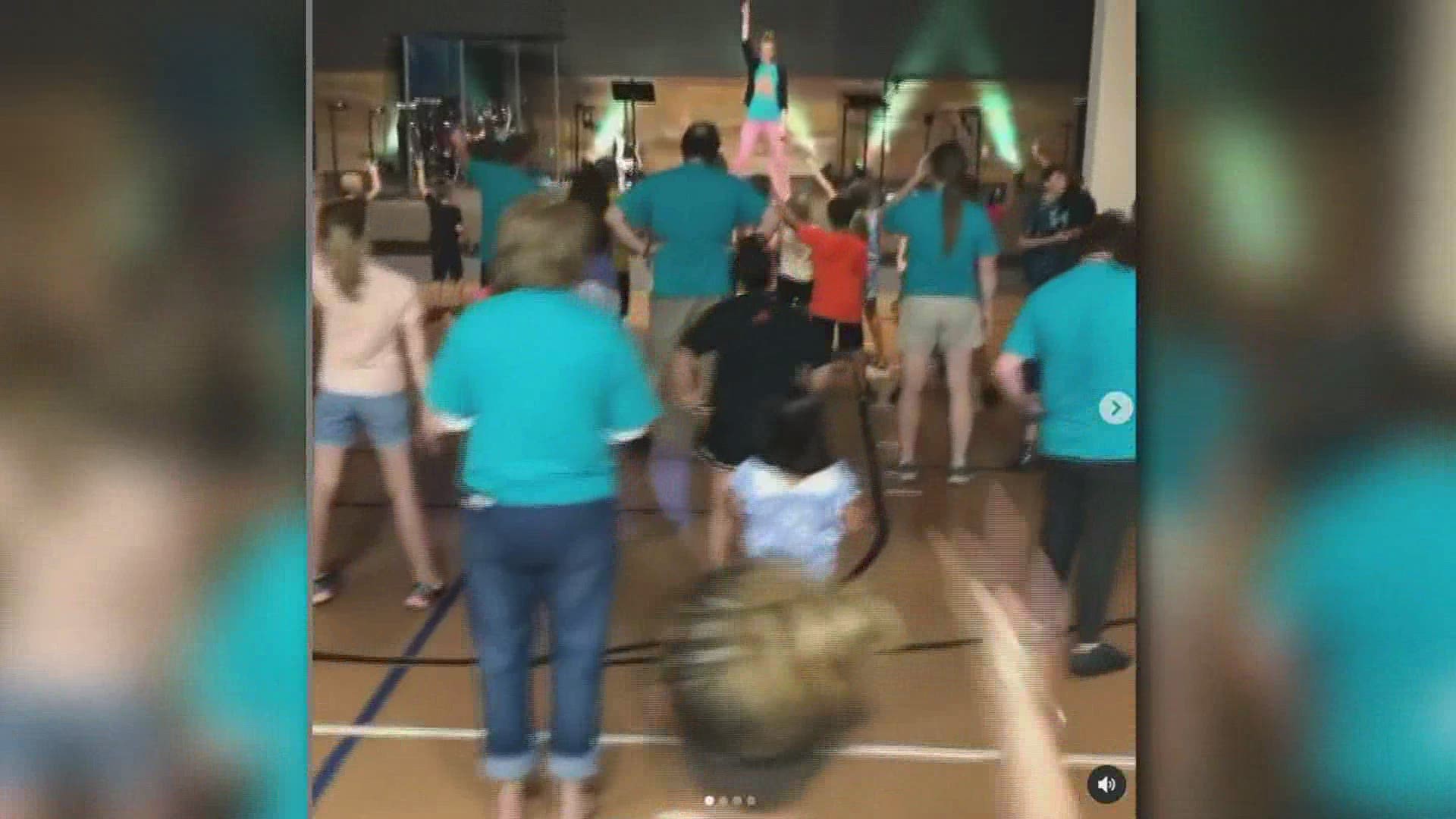 KEWANEE, Ill. — A Vacation Bible School in Kewanee, Illinois, is now being linked to several positive covid cases. Around 50 kids attended the week-long event at First Christian Church, who says they took swift action when they found out what was happening.

Now, the Henry & Stark County Health Department is warning anyone who could be linked to the event, held from July 12-15, to take precautions. Even a week later, the department says they're still seeing new positive cases arise, that can be traced back to the church.

Lead Pastor John Reside says he got a call on Thursday, July 15, from a parent whose child had attended during the beginning of the week.

"And the student had tested positive or Covid. So we quickly decided we were going to cancel the remainder of the week, Friday night, and we sent home a letter," said Reside.

The letters were sent home with the students on Thursday night, informing parents of the cancellation, the reason behind it, and to watch for symptoms in their own children. First Christian also canceled all in-person church activities for the next two weeks.

"We contacted parents right that night, whenever we first heard about it," said Reside. "I think that was the right thing for us to do."

Most of the kids that had been there all week were ages 3 to 11 - too young for the vaccine.

First Christian said they had been monitoring positivity rates leading up to the event. There had been no new cases in the county, two days prior to it beginning. The church had also planned on hosting everything outside, to help with social distancing, but said rain all week long forced them indoors.

RELATED: Galesburg will finish replacing all of its lead pipes by next fall

"We had looked at the data of what we had in Henry County and we thought we would give it a try. We didn't expect this," noted Reside. He was surprised about how quickly the virus spread through the group, saying that by Tuesday, the health department had already confirmed at least five cases from the VBS.

The department would not comment on how many positive cases they've currently linked to the event, but did confirm the delta variant had been found in a few of the cases.

However, Reside was also surprised to see a Facebook post from the health department on Wednesday afternoon, alerting the public to the situation and calling out the church for not handing over a list of all the people involved with his VBS.

It reads, in part:

"The Henry and Stark County Health Department announces that anyone attending or had children attending the Kewanee First Christian Church Vacation Bible School on July 12-15 may have been exposed to multiple individuals who had Covid-19.

The Health Department has not been given a participant's or close contact list for those attending the Vacation Bible School. Unfortunately, the information being withheld is crucial for conducting effective contact tracing; therefore, we feel it's important to alert the public to stem further spread of Covid cases."

RaeAnn Tucker is the Director of Health Promotion with the department. She says the post was necessary because the church initially refused to give health officials a list of who had been at the event.

"If we trace some positives to a business, or an organization or an event, then we have a communication and we ask them for their roll call or their participation list. That's very commonplace, especially by now in the pandemic," she said. "The fact is, we immediately were not going to be given that information. And we said, well, we're actually mandated, we need that."

"A lesson can be learned," said Tucker. "Health departments and contact tracers are not the enemy, not the invaders of privacy. We're trying to stem the spread of infection."

She says the pandemic isn't over, especially for the unvaccinated. So for future events, Tucker asks that organizers call the department ahead of time and begin a dialogue.

"Local health officials are there to help you," she said. "There's no reason to not to avoid their calls. It's better for everybody to have that open dialogue."

For Reside, the Facebook post was especially shocking since he thought the church had already done plenty to warn families.

"We felt like we had already taken steps to try to make sure that we contacted people and were handling things safely," he said. "We support the health department and agree with what they're trying to do. I just with they had given a little more information to the public about what steps we had already taken."

Now, Tucker is asking for anyone who can be linked back to the Vacation Bible School to monitor their symptoms and, if unvaccinated and displaying signs of Covid-19, quarantine immediately.

"Since these are literally in the second day, some people that are linked could still become infected, they just might not be symptomatic yet," she says.

We are going to do one more Sunday online only to help protect everyone's safety. So join us on Facebook or Youtube on...