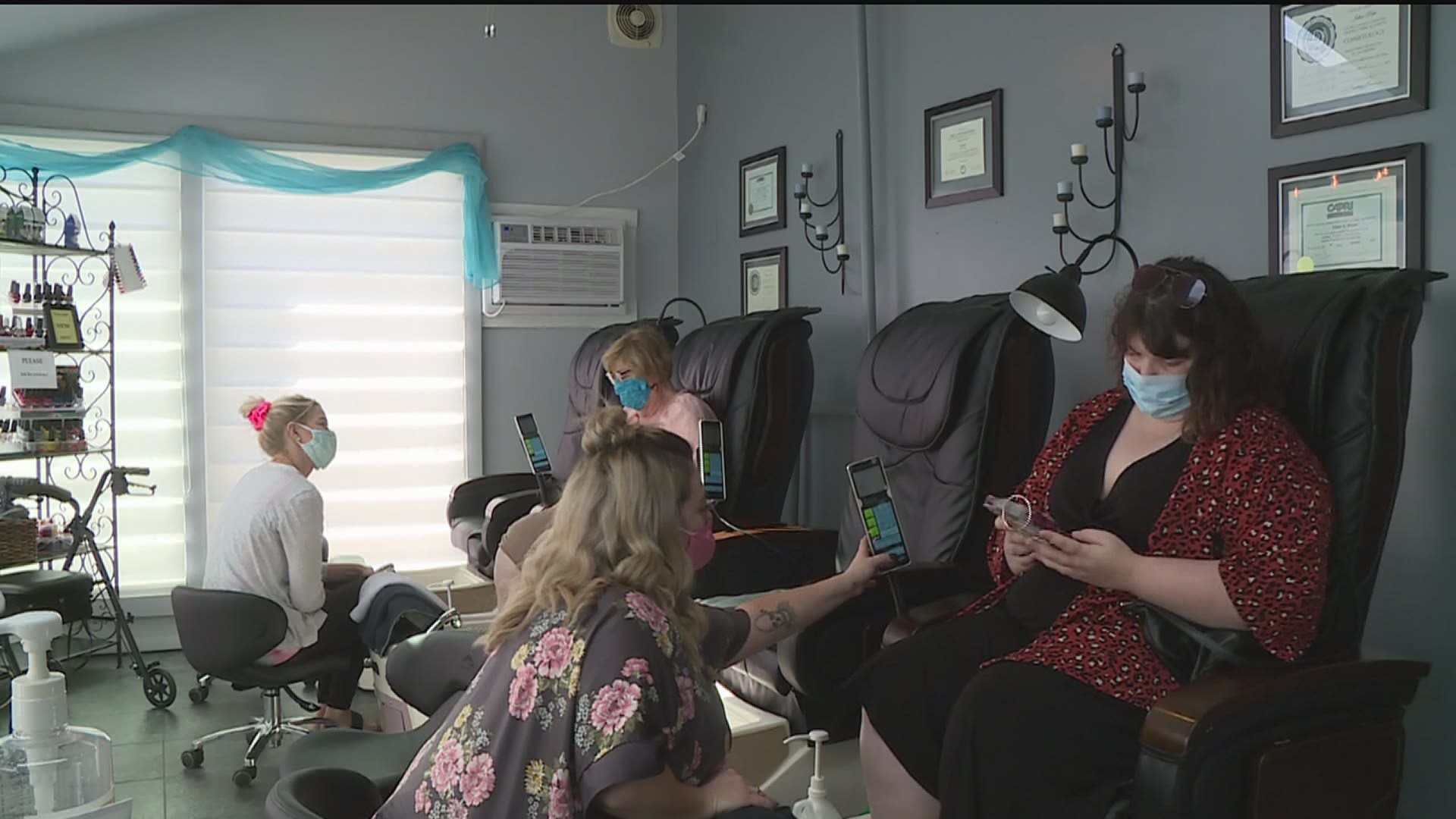 MOLINE, Ill. — Our region of Illinois is on the verge of losing ground in the fight against COVID-19 and some businesses could be forced to shut down all over again.

Esthetician Chelsey Sullivan was one of many workers that got to rejoin the work force when Illinois switched to phase four in June.

She says the time away was tough because she didn’t know when she would be back. “It was just the uncertainty and then when you have the state right next to you opening up before you are, you fear losing business.”

But that could all change if COVID-19 cases and hospitalizations in the area continue to rise.

Sullivan saying, “It`s hard to even think about it.”

The state is broken up into 11 regions and the Quad City region has already seen four days of increases.

“If we have seven days of hospitalizations going up and seven days of positivity rate going up, we are going to have to move this region backward," Pritzker said.

The reversal would shut down bars, limit capacities at restaurants and close or limit capacity in salons and fitness centers.

For business owners like Lori Bishop, there's a lot at stake.

She owns Serenity Salon and Day Spa and says the first shut down happened very quickly but lasted for a very long time.

“Very abruptly, no warning, no preparation. It was ten weeks for us and it affects everyone differently.”

Ten weeks of shut down and she's hoping she doesn't have to do it again.

“Just to have to go through it all again when we're just getting caught up now, to backtrack and then have to play catch up again it`s obviously harder on all of us," Bishop said.

The decision is being made for several counties, but Bishop would rather see the decisions made at the local level.

“We would like to be judged a little bit more from a local then under the whole state situation," she said.

For now, the salon continuing to wear masks, keep their distance and hold out hope that the doors won't be shut again.

Pritzker says the reversal is dependent on a few things including what activities are most likely to cause an increase in spread.