For the third day in a row, Texas sets new single-day record with 105 COVID-19 deaths

Around Greater Houston, 17 people reportedly died from COVID-19, including five in Houston and seven in Harris County. 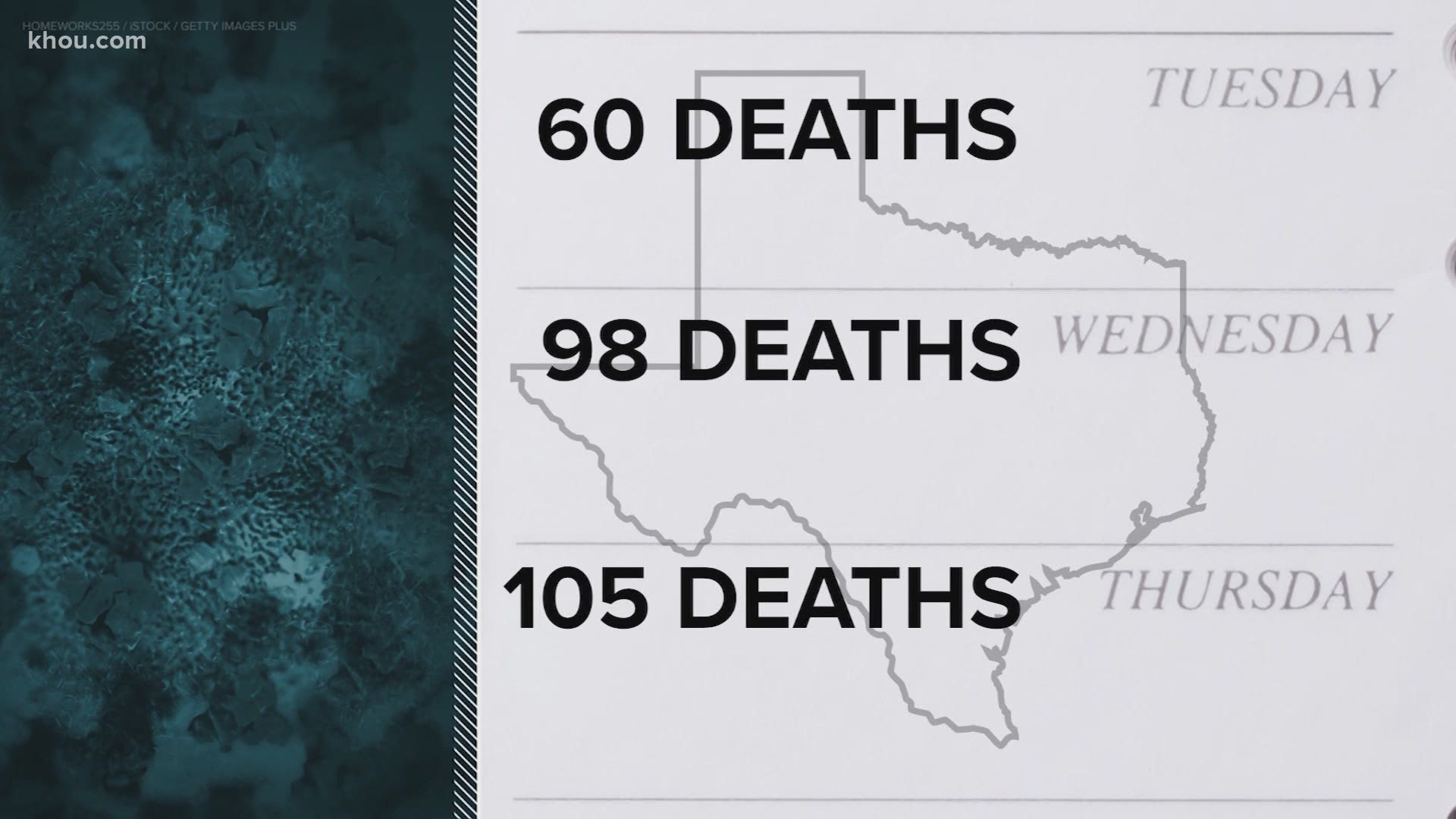 On Tuesday, the state reported 60 deaths. On Wednesday, it reported 98. Thursday's 105 brings the cumulative total to 2,918 during the pandemic.

Houston reported an additional five deaths Thursday, while Harris County reported seven, bringing the cumulative total among both entities to 423.

The Houston Health Department noted an increase in people dying at home but made it clear they were not necessarily all COVID-19-related deaths. Houston Fire Chief Sam Peña said a large number of those were "cardiac issues."

Houston Health Authority Dr. David Persse said he believes the spike in home deaths is due to people being scared to go to the hospital, based on conversations he has had with several patients.

“The only thing that’s new since March in our community is COVID, so there’s no reason to be afraid to go to the hospital," Persse said.

“We are seeing the exponential rise in the last six to seven weeks, and that’s what we’re needing to stop," Houston Mayor Sylvester Turner said.

Turner urged people living all over Greater Houston to stay home as much as possible, minimize contacts with others, and when going out in public, wear a mask and stay at least six feet away from others outside of their household.

“We have no excuse. As Houstonians, we’re responsible for our own behavior and we can stop this. We are in control of our destiny," Persse said.